I talked with Bill Hemmer on America’s Newsroom this morning about the Texas Democrats’ decision to walk out of the House Chamber in order to kill SB 7. You can click here to watch. 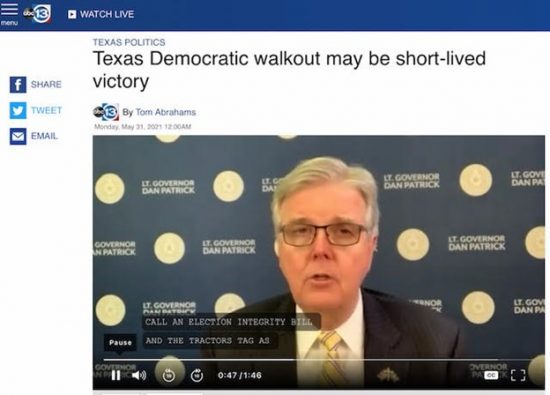 Shortly after I gaveled out the session yesterday, I talked with a number of reporters from around the state about what happened at the end of the session, including Tom Abrahams at ABC in Houston.  Click here to watch the video.

I also joined Karina Kling on Spectrum News’ ‘Capital Tonight’ late last week for a broader discussion of the legislative session. Click here to listen to our full conversation. 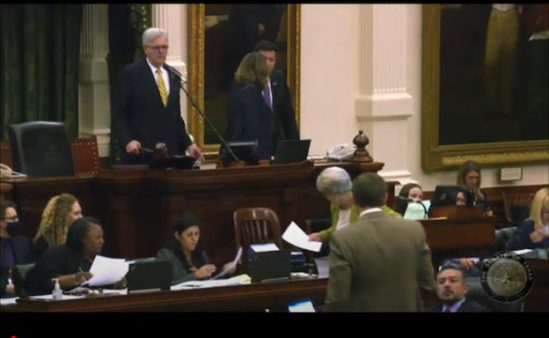 Yesterday the 2021 Legislative Session came to a close and adjourned.  I am very proud that the Texas Senate passed 28 of the 29  priorities that I identified (minus the redistricting bills that will be addressed in the fall after we receive the census data) and 20 were signed into law.  Here’s a list of those bills:

We passed many other critical priorities for conservatives including:

Also, after many years of repeatedly passing it in the Senate, we were finally able to get a Spending Cap passed in the Texas House.  We also passed a state budget that keeps our commitments without growing more than the rate of inflation times population growth.

In addition to the Heartbeat Bill and Constitutional Carry, the Texas Senate passed other important pro-life legislation and other Second Amendment legislation.  We also passed legislation to save girls’ sports, as well as SB 1311 to stop chemical castration and gender mutilation.  Unfortunately, both those bills died in the House.

Once again, the legislature took a strong stand in support of our brave law enforcement officers who are currently being called on to help secure our border, as well as to keep our communities safe. We budgeted $120 million in pay increases for our Department of Public Safety (DPS) troopers, and provided the funding to bulletproof the windshields of our troopers’ patrol cars.

Here is my official statement after gaveling out the 87th Legislative Session. 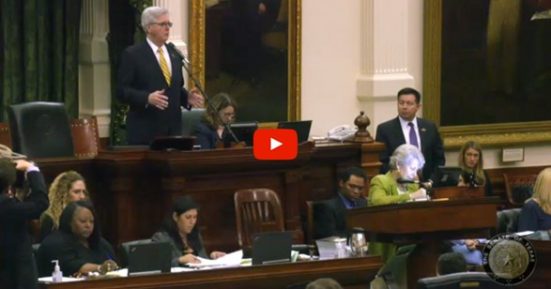 I began this session by pledging to fix what went wrong during the February storm and we made great strides in doing that, including the passage of Senate Bill 2, comprehensive Electricity Reliability Council of Texas (ERCOT) reform, and Senate Bill 3, the Power Grid Stability Act. I called for the resignations of all the commissioners of the Public Utilities Commission (PUC) and the head of the Energy Reliability Council of Texas (ERCOT) and ultimately they all stepped down or were fired.

I led the Senate in calling for a correction of the $9,000 an hour energy pricing that occurred during the February storm, which created millions of dollars in windfalls for some companies.  The House killed that too.  I remain committed to the passage of the securitization bill in the Special Session that provides a credit to ratepayers.  I made a brief statement to members of the Senate before we adjourned to talk about protecting Texas ratepayers. Here’s the video.