The Marquis de Lafayette, our French ally in the American Revolution, reportedly met with Sam Houston while he was serving in Congress and told him that no matter how bad things got in America — no matter how bleak the situation seemed — the American union and democracy must prevail at all costs. He said there were tyrants in Europe who wanted America to fail.  Reportedly, Houston took Lafayette’s words to heart and they guided him moving forward, including in his fight to win independence for Texas.

Today, America is also facing some dark times brought about by those who want America to fail, not only in other parts of the world, but also in our own country. We hear from socialists everyday who believe in the power of government instead of power of the American people. They want to destroy the very foundation this country was built upon. They want to destroy the Constitution and the rights, freedom and liberty it guarantees to all of us.

Saturday night I spoke at the 30th Anniversary of the Texas Public Policy Foundation (TPPF), the conservative think tank that has generated so many important pro-liberty policies over the past three decades.  I reminded them that in these dark days, Texas is the last line of defense in the face of those who would destroy America.  Texas conservatives must be more united than ever before, whether you are an ultra-conservative or on the moderate side of the spectrum.  Instead of arguing with each other, it is essential that we focus on those who oppose liberty and freedom. It is the left-wingers and socialists who are the real enemies of our democracy – not fellow conservatives.  We must also share our united vision of liberty and freedom to our neighbors and friends who are not involved and ask them to join our cause to save our state and our country.

TPPF held their celebration at the Bullock Museum in Austin.  Whenever I go there, I always visit the “Come and Take It” exhibit, which is a great reminder of who Texans are and the freedoms we stand for.  It is always inspirational, but its message seems particularly important in these dark times.  We cannot fail. 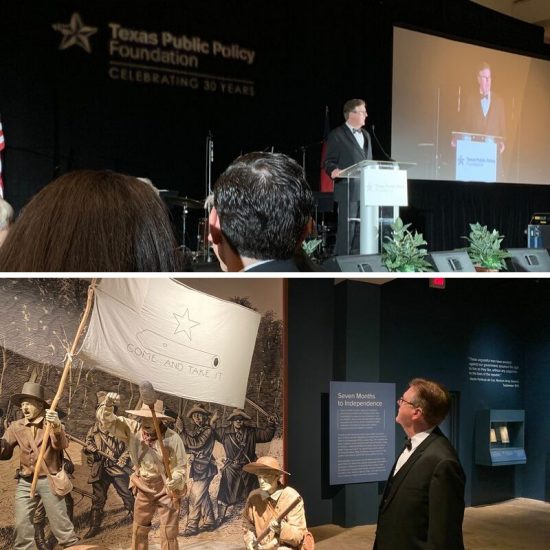 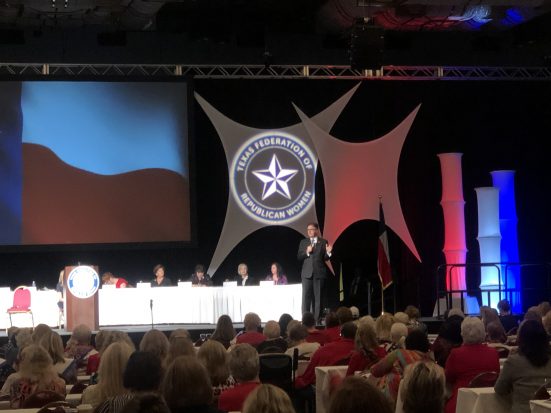 Another group that has been working hard in Texas for decades is our amazing Texas Federation of Republican Women, who gathered in Galveston this week for their annual convention. I spoke to them on Saturday.  It was terrific to see so many good friends and hard working conservatives there who are already working hard on registering voters and mobilizing voters for 2020.  These great Texas women played a lead role in turning Texas red and they are determined to keep it that way.  They know we count on them.

The President’s Pledge to America’s Workers 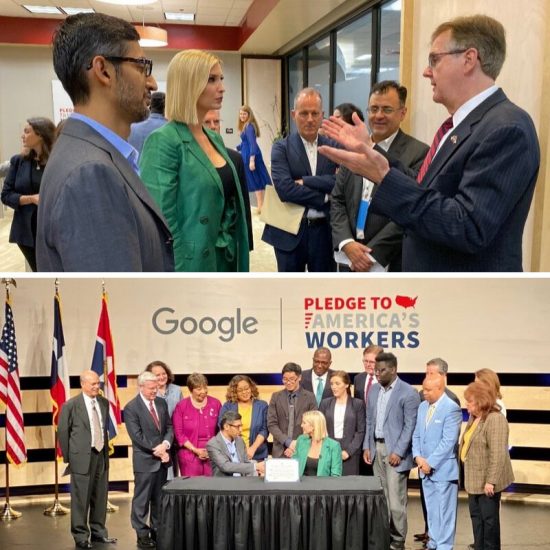 I joined White House Advisor Ivanka Trump and Google CEO Sundar Pichai at El Centro College in Dallas on Thursday to launch an initiative to expand Google’s IT Support Professional Certificate program to include Texas.

I have been working for a number of years to help expand educational options for Texas students so they are prepared for the jobs of the 21st century. These days a good job doesn’t necessarily mean four years of college, it also can mean a program like Google’s ICert.  Currently, there are an estimated 11,000 information technology jobs that need qualified workers to fill them. This partnership is just one more example of how we are working with Texas businesses to create programs that will allow those who complete them to enter the workforce and be successful. It was great to talk with Ivanka Trump about this program and to be part of this terrific event. Click here to read my official statement. 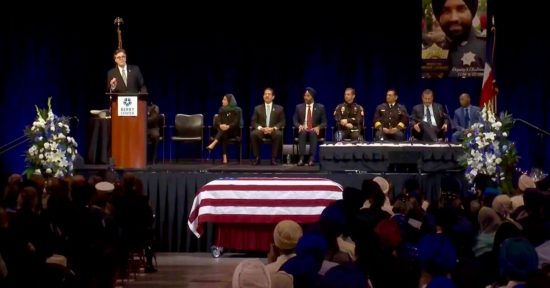 I was in Cypress on Wednesday, where we honored the life and legacy of Harris County Deputy Sheriff Sandeep Dhaliwal, who was killed in the line of duty last week. Officer Dhaliwal was an inspiration to his community and he will never be forgotten. Our law enforcement officers put their lives on the line everyday to keep our communities safe and we must always remember their tremendous sacrifices…we must always back the blue. Please continue to keep his family and the department in your prayers.

2019 MADD Legislator of the Year 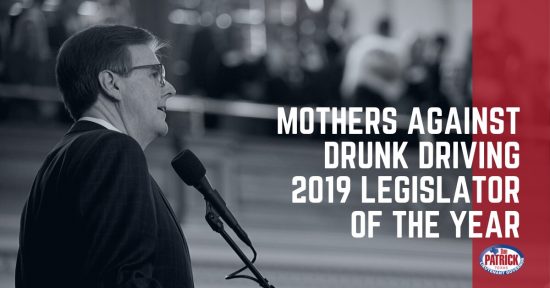 I am honored to have been named a Legislator of the Year by Mothers Against Drunk Driving (MADD). Working with the Texas Senate, we are committed to preventing underage drinking and ending drunk driving, the leading killer on U.S. roads. Thank you to MADD for this award and for all that you do.

I am proud to be your Lt. Governor and I appreciate your continued support. May God bless you, your family and the greatest state of all—Texas.