The wacky impeachment drama, which has been going on for what seems like months, has gotten more ridiculous and crazier every day.  Now that it is coming down to the vote, the Democrats’ case has melted away.  No collusion with Russia — which we already knew — no obstruction of justice — which we already knew — and everything else they came up with proved to be wrong. ICYMI, this little cartoon parody says it all.  Click here to watch it. 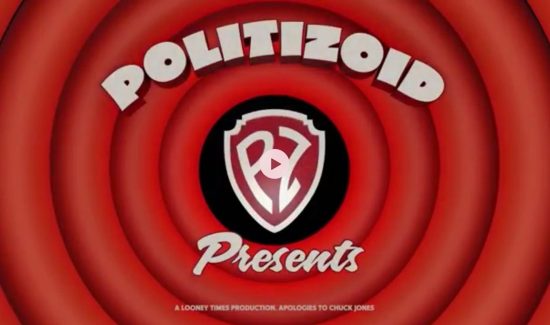 Colin Allred Will Be Big Impeachment Loser in Texas

U.S. Rep. Colin Allred, the Democrat who represents the Richardson and Garland area north of Dallas, was one of the last Democrats to announce that he would tow the party line and vote for impeachment.  I believe this vote ends his chance of re-election.

Before he declared which way he was going to vote last week, I talked with Rick Roberts about him on WBAP — here’s what I said: “Colin Allred beat Pete Sessions last year, as everyone knows.  Colin won because of Beto being at the top of the ticket…Beto ran an $80 million campaign. is a swing vote on and we better send a message to him. He said he’s a moderate Democrat — that’s what he ran on — and wants to represent all the people of North Dallas … so I think we need to retire that guy if he votes for impeachment.  Voters in that district need to let his office know: If he votes to impeach this president, he is not what he presented himself to be when he ran, and he is going to have a very short stay in Washington D.C. because this will be his last term.”

I also talked about the impeachment trial and other issues on the show. If you want to hear the entire segment — about 12 minutes — click here to listen. 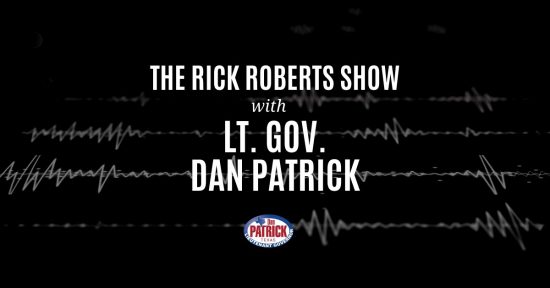 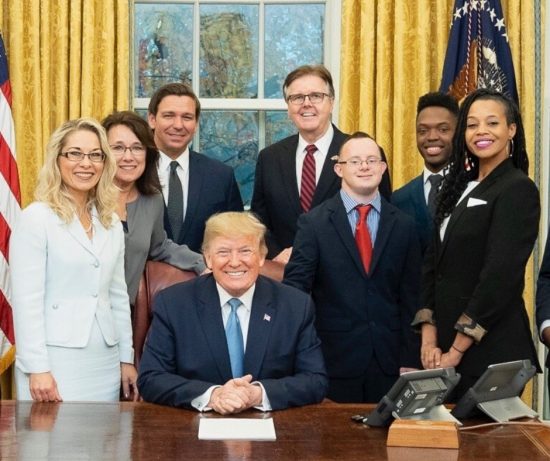 I was honored to join President Donald J. Trump, Vice President Mike Pence, Education Secretary Betsy DeVos and Senator Ted Cruz at the White House on Monday for a Roundtable on Education. It was a great discussion.  The photo here includes some of the amazing students who also attended.  We all agree that nothing is more important than educating our children.

It was great to speak to a sell-out crowd at the Cherry Tree Republicans in Houston last week.  Saw many old friends and met some new ones. I was especially honored to award the parents of Ben Crenshaw with the “Dan Patrick Conservative Leadership Award.”  Cherry Tree Republicans are a hard-working and committed group of conservatives who are determined to keep Texas Red.  Thank you to all who attended. 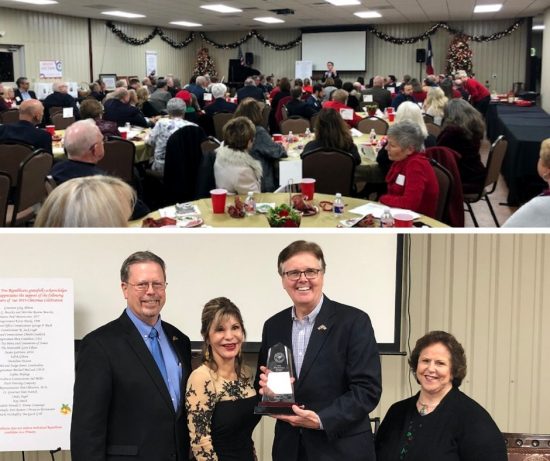 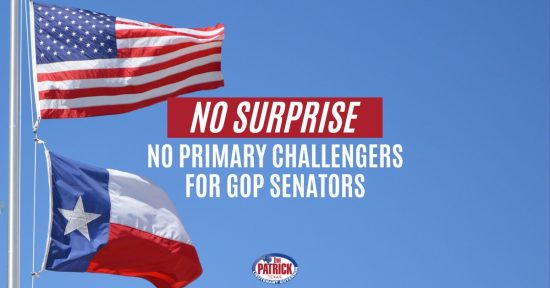 Monday was the deadline to file for the 2020 election, and I was not surprised to learn that no Republican State Senator will face a challenger in the 2020 Primary Election in March. The hard work of the Republican Senators on the ballot — Pete Flores, Bryan Hughes, Brandon Creighton, Larry Taylor, Jane Nelson, Lois Kolkhorst, Brian Birdwell, Dawn Buckingham and Charles Perry — demonstrates what principled conservatives can accomplish.

These senators told the people of their districts what they were going to do — and they did it — which is why no one is challenging them. I will be working hard to help them defeat their Democrat challengers in November. Click here to read my statement.

Celebrating the Season in Senate District 7 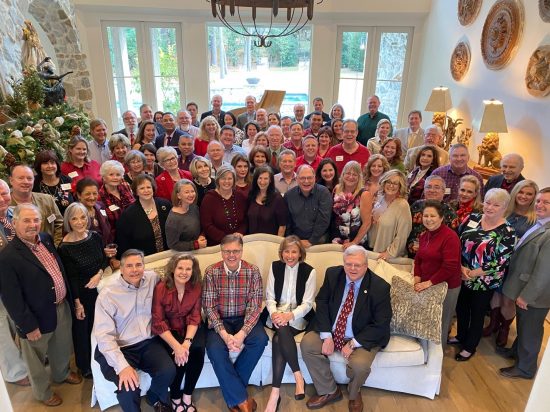 When I was first elected to the State Senate in 2006, I hosted a Christmas lunch for all of the precinct chairs in SD 7 and I have done it every year since, even after being elected Lt. Governor.  I owe so much to these people who helped in my first election.

My former campaign manager, Donna Bahorich, now State Board of Education Chair, has hosted the lunch for me for 14 years in her home and we had a huge turnout today. Many of these precinct chairs were there in 2006 and are still at work today.  I always say our Republican precinct chairs are the most important positions in our party! 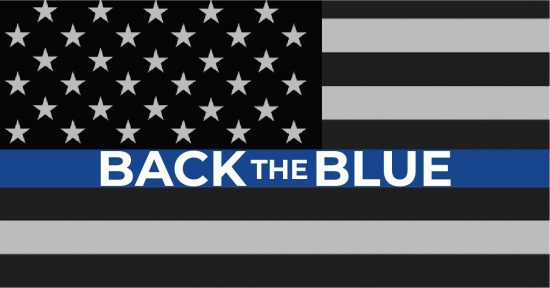 Our law enforcement officers put their lives on the line for us every day — and too often — as happened in Harris County this past week — they have given the ultimate sacrifice.  We must always support them — and #backtheblue.

Please continue to keep these officers’ friends and families and the Houston law enforcement community in your prayers.

P.S. I designed a lapel pin many years ago to symbolize my faith and my love for the state and country. Now, with a donation of $10 or more, you can secure an official lapel pin to call your own. Click here to get yours today!