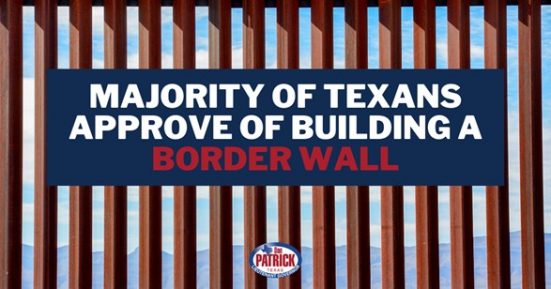 Joe Biden’s border crisis is getting worse every single day, yet he refuses to do anything about it. He hasn’t visited the border in over a decade — and his policies show it.

In a new poll, a majority of Texans approved of building a wall along our southern border. Texans understand the importance of enhancing our national security and upholding the rule of law.

The federal government has failed to do their job and Texas is picking up the slack. I was on Fox News @ Night with Shannon Bream yesterday talking about the state of the border crisis and how Biden has abandoned the American people. Click here to watch the interview. 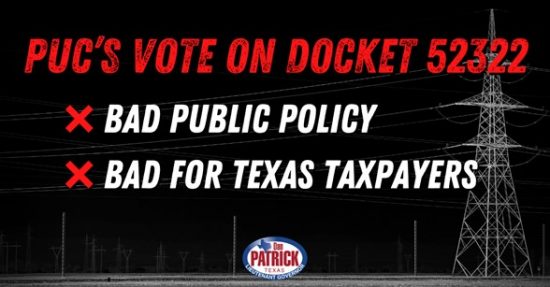 The Public Utility Commission’s vote on Docket 52322, which finances $2.1 billion for retail electric companies, is bad public policy and a bad decision for Texas taxpayers.

Their actions will inevitably enrich some companies who made money during Winter Storm Uri since the settlement agreement the PUC endorsed does not provide transparency to distinguish between companies that made money and those who lost. The fact is, the public will never know because of this lack of transparency.

The Senate passed House Bill 4492 because the $2.1 billion was only intended to support those entities who had net losses. It was never intended to assist those companies who profited during the winter storm.

The PUC voted to finance $2.1 billion in direct opposition to the stated policy expressed by the Texas Senate. Immediately after the storm, I committed myself to the public interest and called for full transparency in all aspects of Winter Storm Uri. My commitment continues. I, along with the Texas Senate, will be watching their actions and every move.

In case you missed it, click here to read my official statement.

In Case You Missed It —

I want to thank Governor Abbott for adding legislation to increase the penalties for illegal voting as an additional agenda item for the Third Special Session. The House passed an amendment last minute on the Election Integrity Bill lowering penalties on illegal voting that went under the radar until Gov. Abbott, Attorney General Paxton and my office caught it after passage and all agreed it must be corrected. No voter fraud should be tolerated in Texas.

I joined Laura Ingraham last Wednesday to talk about Biden’s border crisis and his polling, which has taken a major hit in Texas. Click here to watch. 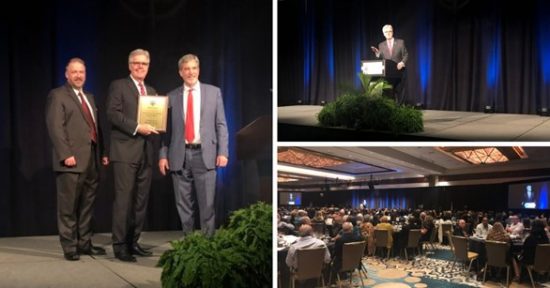 I was honored to attend and speak at the Texas Alliance for Life Annual Benefit Dinner in Austin Saturday night and to be presented with their “Courageous Defense of Life” Award. Since I have been Lt. Governor, the Texas Senate has passed the strongest pro-life legislation in history. I will always remain committed to protecting Texas’ most vulnerable. 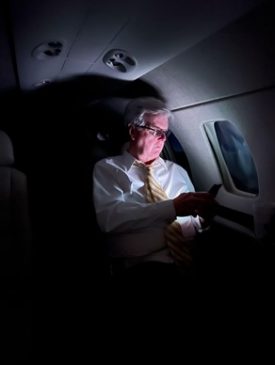 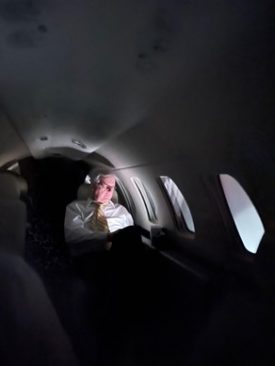 The other night I felt like I was flying through the Twilight Zone. We could see lightning flashes 50-100 miles away – not unusual. But then the night sky around our small aircraft lit up like it was daylight for what seemed like 10 minutes. The air was smooth, which made the experience even more eerie as the sky cloaked our plane in light. The pilot told me after that we were flying through St. Elmo’s Fire, a weather phenomenon where a bright light is created near pointed tips, such as a plane wing tip, in an atmospheric electric field. It was a bit alarming at first, but also incredible to witness.

You see in the first photo my cell phone light shined in my face, but outside the window was darkness. The second photo captured the bright light of the sky shining through the window from the electric field engulfing our plane. 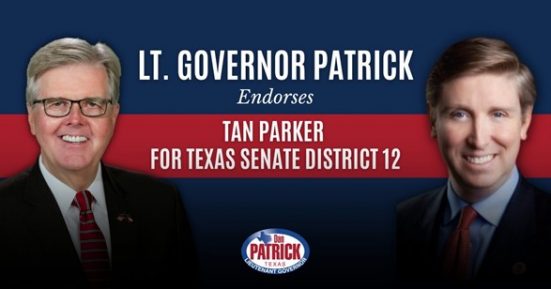 In the race for Senate District 12, I believe Tan Parker is the very best candidate to serve the District and the State. Since my first Session as a freshman in the Texas Senate, I found Tan Parker to be a great partner when we came together to start the TCCRI Clements Legislative Study Program. Throughout the years we have worked together to advance the quality conservative legislation that Texans expect from us. I am convinced Tan Parker will be an excellent addition to the Texas Senate. He has my unqualified endorsement.