Vote YES on Propositions 1 and 2 to Lower Your Property Taxes! 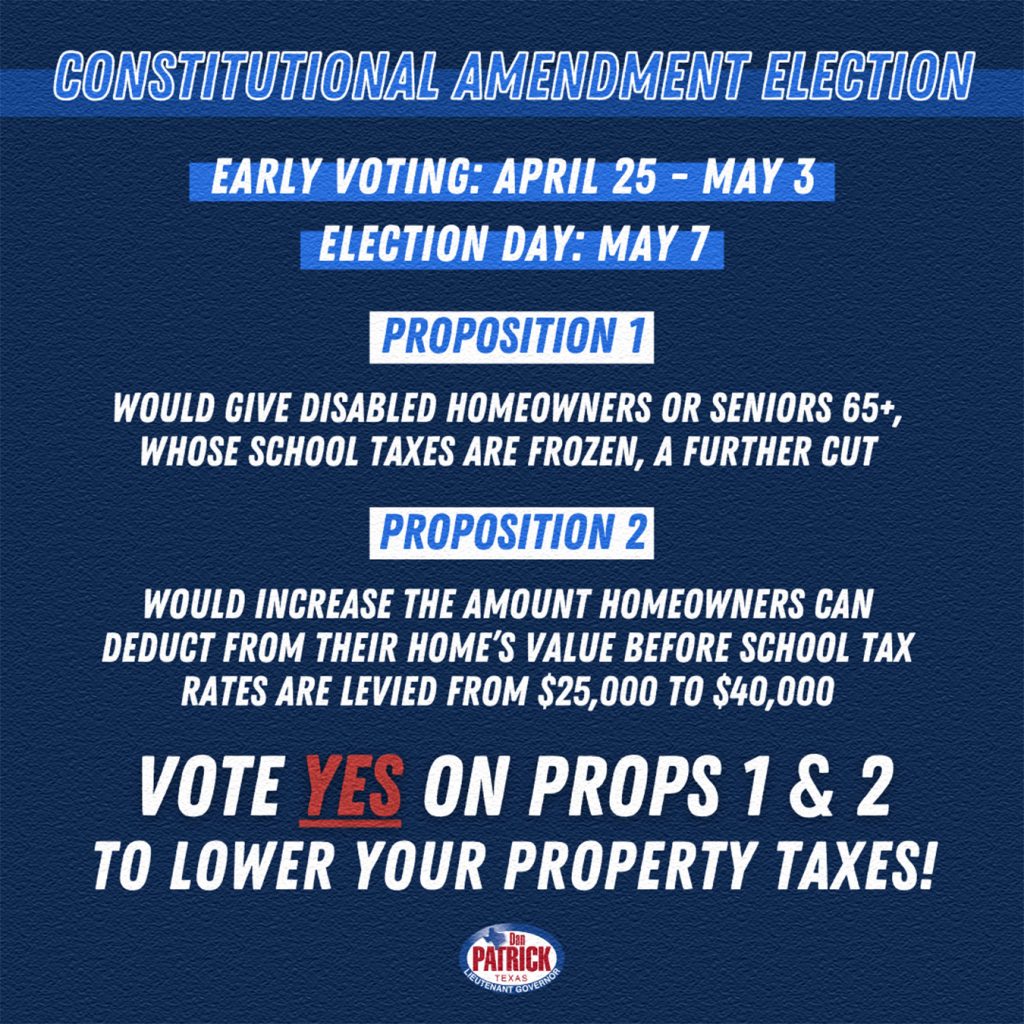 Early Voting in the Texas Constitutional Amendment Election ends TOMORROW, May 3rd. Election Day is May 7th. Vote YES on Propositions 1 and 2 to lower your property taxes!

Last session, the legislature passed my plan to increase it to $40,000. However, it requires a Constitutional Amendment to be approved by the voters. This homestead increase, along with the first one I passed, will save you thousands of dollars over the life of your home.

As Sen. Bettencourt, who passed these bills, says, the change in Prop 1 will lower senior homeowners’ property taxes further, but will not eliminate their property tax cap. The frozen value unfreezes and then refreezes lower each year, saving them more money each year.

I want to thank Sen. Bettencourt and Rep. Bonnen for getting these bills through the legislature.

Rush Limbaugh: One of the Finest People I’ve Ever Known, and a True Friend 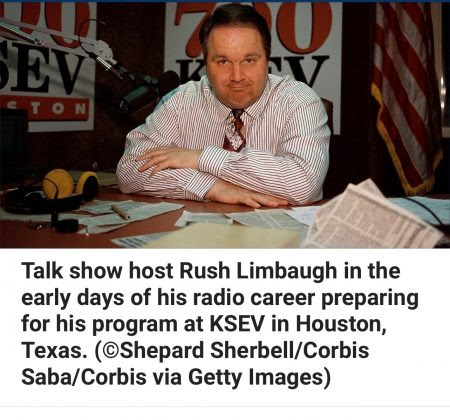 Fox: Rush Limbaugh among the most successful college dropouts of our time

In 1988, I bought a small radio station in Tomball, Texas. I still own it today. It didn’t have a lot of listeners. Out of the blue, I get a call from a guy named Rush Limbaugh. Rush had just started his new and fledgling national radio show and was looking for a station in the Houston area.

In those times, virtually all local talk stations stayed away from political talk. They weren’t about to put Rush on the air. He sent me a tape and I loved it. I put him on the air 11-2 right away. In a few months, my little station became one of the most listened-to stations in Houston 11-2 when Rush was on. I was one of the very first major markets to put him on the air. He never forgot I took a chance on him. Heck, I never forgot he took a chance on me.

I told him I would never have become Lt. Governor without him. He made our station very successful. When I switched from sports to political talk a few years later, he elevated me to a bigger audience — which became my voter base 19 years later when I ran for the Texas Senate in 2007.

Rush and I became great friends. We shared common political values and we loved football.

He was a Steeler fan and I was an Oiler fan. We’d meet in Houston or Pittsburg and he’d sit with me in the press box, I was still doing sports back then, and watch the game. Here’s a little secret I can now share. When he traveled he often checked into the hotel under the name of Steeler Head Coach Chuck Noll for privacy and security reasons. I’d always call the hotel and ask for Chuck Noll’s room to get Rush.

The photo above from the Fox story is from 1992. He would do his show from our KSEV studio when in Houston. Houston hosted the 1992 Republican Convention that year and he did his show all week from my studio. We grew closer that week. We spent a lot of time together.

One day I may write a book about KSEV, Houston’s Conservative Talk Radio — I still own it today 34 years later. Rush was the key to our success. It’s hard to believe he has passed.

I will simply say this. He was a great intellect and a great entertainer — the greatest talk host ever. He changed and saved AM radio in America. There would be no conservative radio today without him.

Most importantly, he was a great guy, one of the finest people I’ve ever known, and a true friend. He was the real deal. He was a humble man off-air, almost shy. He never saw himself as the great leader he was. He was just trying to tell the truth each day to his audience about how he saw the world. He loved this country and loved his listeners.

Everything I have today and have accomplished I owe in a very large part to him. God brought him into my life at just the right moment and brought me into his. We were very much alike, we were only 9 months apart in age and both looking toward the future. I think that’s why we hit it off so well.

The Church Must Step Up Now More Than Ever 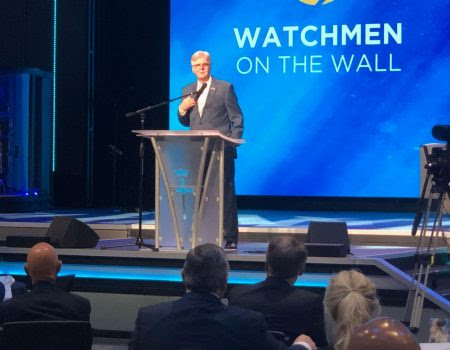 I had the privilege of joining my friends Tony Perkins and Pastor Rick Scarborough to speak to Texas Pastors last week in Dallas. Our message was simple. The church must step up more than ever to help save our nation from the radical left that seeks to undermine everything this country was founded upon.

I am proud to endorse Wayne Christian for re-election to the Texas Railroad Commission. In this low turnout run-off election, every vote is very important. Early voting is happening now through this Friday, May 20. Election Day is May 24. Get out and vote for Wayne Christian! ... See MoreSee Less

#ICYMI This morning on @foxandfriends I discussed