Updates from the Road — Day 7 on the Patrick Bus Tour!

The Insane Left is at it Again 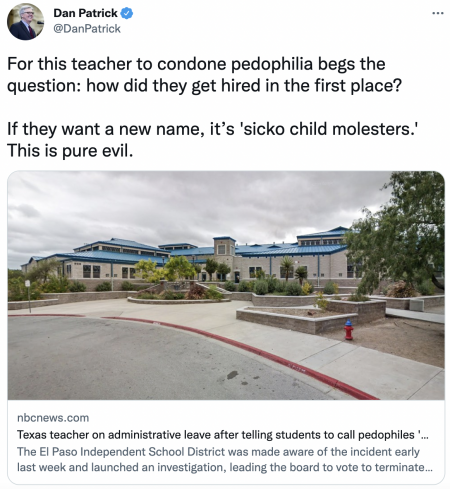 Have you seen this? More insane stories from the left. This is repulsive.

And Now More Info on my Bus Tour…

I am traveling across Texas to recognize, galvanize, and mobilize rural Texans across the state to vote RED! We started our 7th day on the road in Plainview with breakfast at a local favorite, Taqueria Jalisco. I spoke with a handful of locals and several law enforcement officers were able to join in on the fun, too. 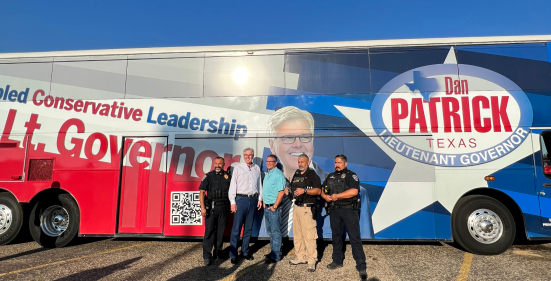 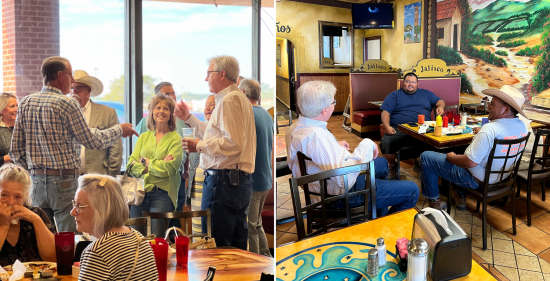 Following breakfast, we headed over to Littlefield to tour the Continental Dairy Facilities Southwest. Their plant churns out a whopping 300 sticks of butter a minute! At the end of the tour, we got to taste some of their freshly made butter…it was wonderful! After, we stopped at Waymore’s Liquor Store, owned by James Jennings, the last living brother of Waylon Jennings. The store is packed with all sorts of memorabilia. James and I had a wonderful conversation and even sang a couple of songs together! I’ll share some of that footage with you soon. If you’re driving through Littlefield, you’ve got to stop at Waymore’s. 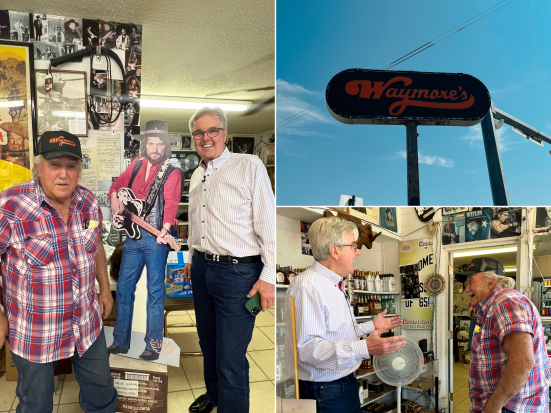 For lunch, we went to 509 Restaurant in Levelland. The food was spectacular and the company was even better, the owner asked me to sign her wall and I happily obliged. This great group of men and women are energized to KEEP TEXAS RED and get people to the polls to vote Republican up and down the ballot! 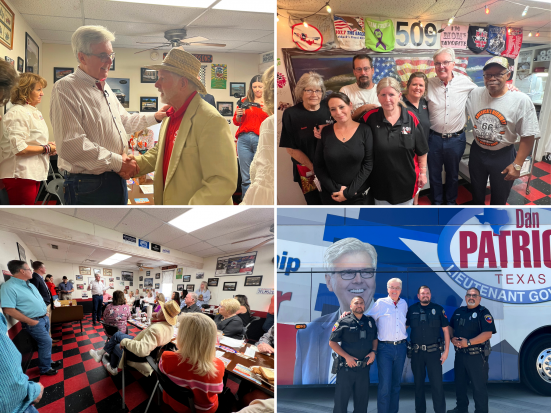 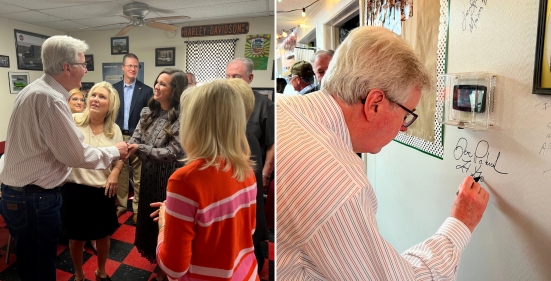 Next, we went to the American Windmill Museum (AWM) in Lubbock. I held a brief press conference before I sat down with Ryan Chandler from KAMC Lubbock to talk about public education and school safety, the upcoming election, and more…but more on that later. 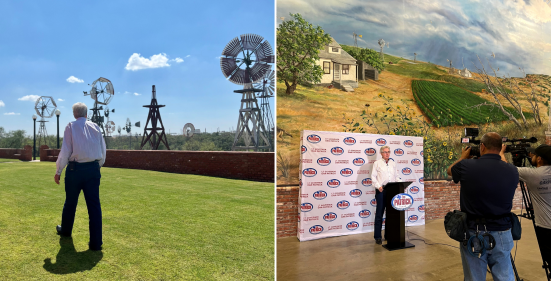 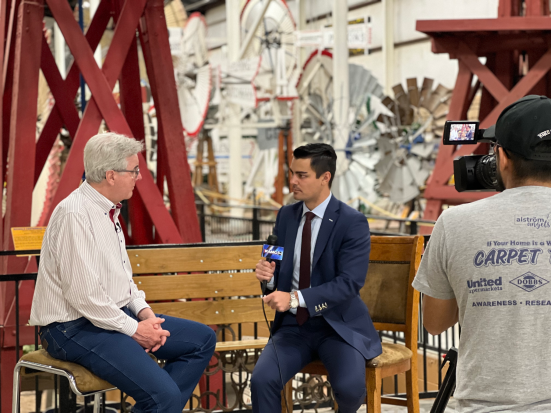 After the interview, I got a tour of the museum from Sandra Harris, the Executive Director of AWM. Her husband, Shelley, was named the TxDOT Employee of the Year this week, and after seeing some of his work at the museum firsthand, rightfully so! Shelley designed and engineered this entire train station – some photos below. I must say…I’ve never seen anything like it in my entire life. 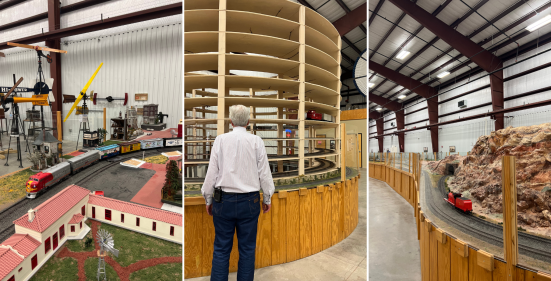 Then we popped over to Cooks Garage in Lubbock for a private visit with the owners. We also ran into some supporters while walking around the place – it’s always nice to make some new friends! 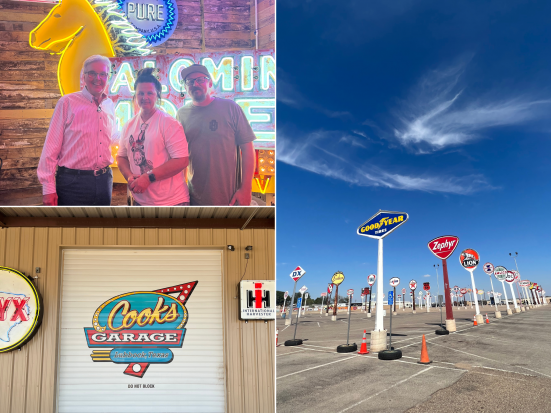 We stopped for an early dinner at Platinum H Steakhouse. Great conversation was had with some of the folks who came out to show their support. It was nice chatting with everyone. 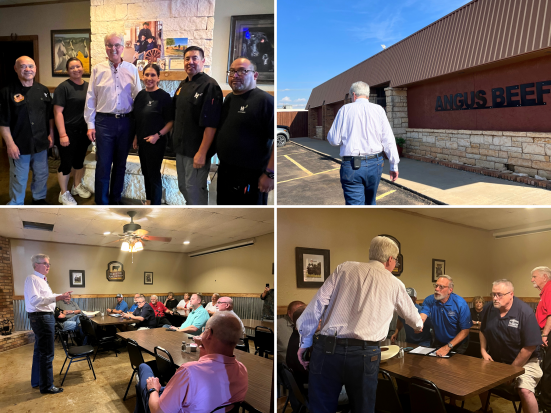 Our last stop was in Seminole at JNL Steel Components, Inc., where I met with the Gaines County GOP. An excellent end to an excellent day! 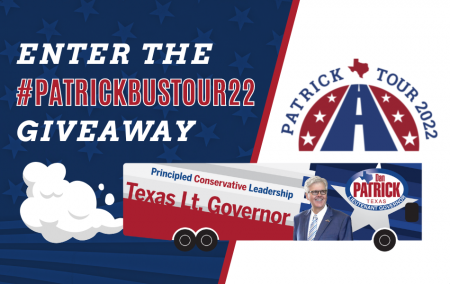 If you see me in your town, take a picture of my campaign bus using the hashtag #PatrickBusTour22 on social media (Facebook, Twitter, Instagram) and tag @DanPatrick to be entered to win a campaign gift bag and a private BBQ lunch with Jan and me! Keep a lookout for the bus – I hope to see you out on the road!