The Truth Behind My Name Change 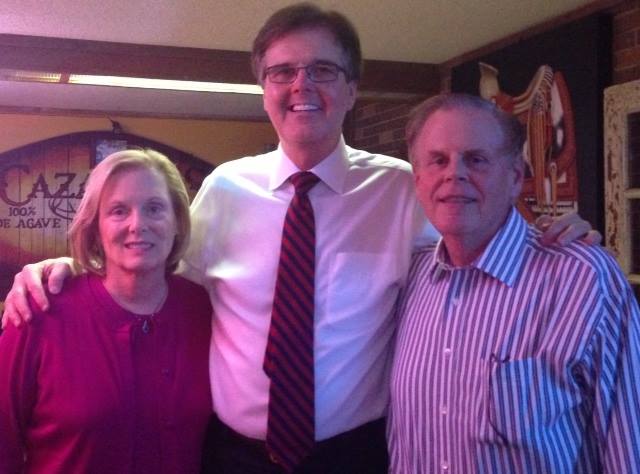 “I hired Dan to his first TV job in Scranton, PA in 1977. I asked him to change his name to Dan Patrick. Dan Patrick was created 8 years before Dan’s business bankruptcy during the Texas economic collapse of the 1980s” – Elden Hale.

The story came full circle in an odd coincidence.

As has been noted on many blogs, and something I’ve never tried to hide, my legal birth name was Dannie Scott Goeb. Goeb (sounds like Globe) was not a pleasant sounding name or easy to spell if you didn’t see it. I have never used it on air. Beginning with my first radio job at age 18 back in 1968, I used my first and middle name only. I was Dan Scott on the radio and planned on keeping that as my on air name always.

However, Elden Hale, the man who hired me for my first TV anchor job in 1977, told me I needed to change my air name before joining his station in Scranton, PA. He asked me to pick a new name because there was an anchor with the last name of Scott on a competing station. He didn’t want any confusion. I was so excited to finally get my first anchor job in television, whatever he wanted me to do in that regard was fine with me.

In 2004 I was asked to run for a new Congressional seat by some fellow Republicans. I thought I could run under Dan Patrick because nicknames are allowed on ballots. However, air names are not allowed. I would have to list my legal name on the ballot – Dan Goeb. No one would have a clue who Dan Goeb was on the ballot. It would have caused great confusion among voters, so I changed my name to Dan Goeb Patrick, keeping my family name as my middle name.

In the end I decided not to run for Congress, but I was happy with my name change. It had been confusing for many other reasons for decades. My wife and children changed their names, as well, to eliminate confusion. They had been known as the Patrick family for most of their lives.

I asked a person once if they would have voted for Marion Morrison or John Carter, had they ever run for office. The person asked me who they were. Marion Morrison was John Wayne’s birth name and John Carter was Charlton Heston. Wayne and Heston are just two of the many actors, newscasters, authors and entertainers who were known for most of their adult lives by their stage or pen name. It’s part of the profession and not unusual.

Recently, I got a call from Elden Hale, the guy who hired me to my first job in 1977. I had not seen him in 35 years. He had retired to Frisco, Texas. I invited him and his wife to my event the next night near his home. Neither of us could believe that both of us would be together again. I introduced him to the crowd as the guy that hired me for my first job in TV.

Elden also gave another person their first job in television a year before he hired me. He hired Bill O’Reilly. Bill and I started out at the same station although Bill had left for WFAA in Dallas before I started. Many years later, I carried Bill’s radio show on KSEV and appeared often with him on FOX. It’s a small world, sometimes.

It was great to be re-united with Elden and Nancy again after all of these years (pictured above). He changed my life by giving me a chance to pursue my dream.

As Paul Harvey used to say, now you know the rest of the story.