This Week in the Texas Senate

I hope you are having a blessed Palm Sunday.

It was an honor to speak to the Texas Federation of Republican Women who were in Austin for their Legislative Day on Thursday. Their hard work and commitment to conservative principles is key to keeping Texas red. I’m proud of the women in our Texas Senate who are part of this great organization: 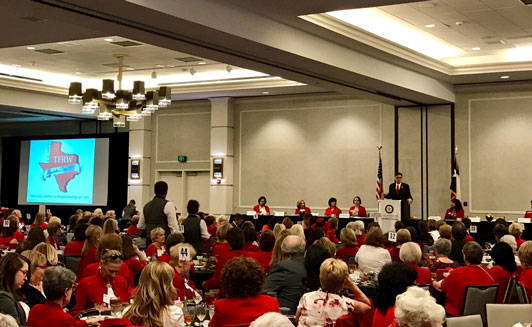 Last week I received a surprise birthday visit from my good friends Chuck and Gena Norris. Chuck Norris even cut my cowboy hat birthday cake! Here’s a Chuck Norris fact: Chuck Norris doesn’t need a knife to cut a birthday cake – he made eight very clean slices with one chop. 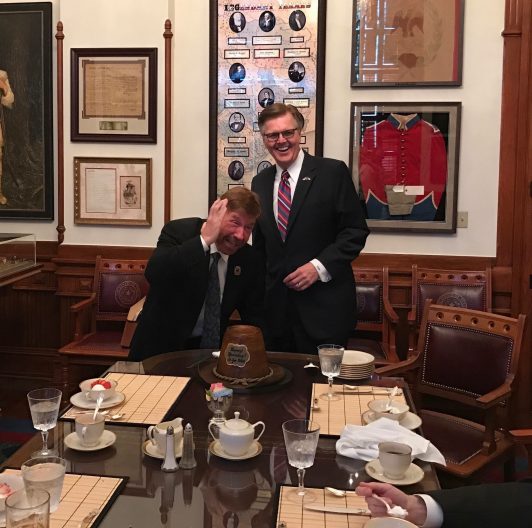 In terms of the Legislative Update, the Texas Senate has passed 29 of my 30 top priority bills.  This week, the Senate focused on making college affordable for all Texans. I’ve highlighted the two priority bills passed out of the Senate this week below.

Senate Bills 18 & 19 — Tuition Freeze and Set Asides
The state has increased funding for higher education, but tuition and fees have continued to rise. Senate Bills 18 & 19 by Senator Kel Seliger, R – Amarillo, will end the hidden set aside tax in college tuition and freeze tuition rates so that rising college costs don’t continue to outpace what hardworking Texans earn. 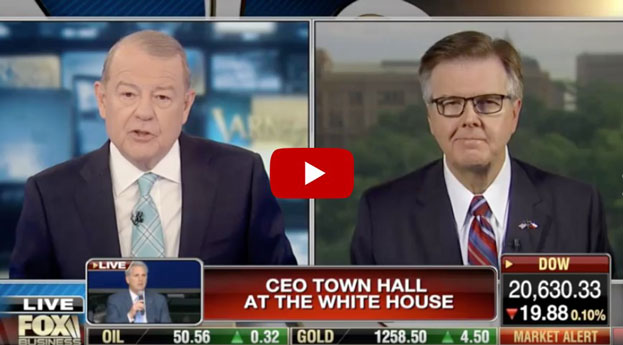 Liberal Media Bias and the Senate Budget
I wrote a letter to the Houston Chronicle on Wednesday which corrects some blatant inaccuracies in their April 2 editorial and lays out the facts about the Senate budget. Read and share my letter here: https://bit.ly/2nFAbVI

Thank you for your support as we continue the fight for conservative principles and Texas values during this legislative session. Have a blessed Easter holiday.