President Donald J. Trump was in Dallas on Thursday for his largest campaign rally yet — 24,000 supporters were inside the American Airlines Center and there were thousands more standing outside.  When I spoke to the crowd before the President took the stage, I shared with them what is obvious to me — that President Trump’s victory in 2016 wasn’t just an election — it was a revolt…and the Revolution is continuing. Trump’s victory was a clear statement by the majority of the country that we have had enough of the hair-brained values and job killing policies of the progressive left. In 2016, we believed America could be great again — that our economy could be strong and job creation could break all time records. Going into 2020, we are determined to Keep America Great!  Our country and the world depend on it.

I was honored to greet President Trump on the tarmac when he arrived in Dallas and I traveled with him throughout his day in Texas. As Chairman of the Trump Texas Re-Election Campaign, I predict the President will win Texas in 2020 by an even bigger margin than he did in 2016.  The reason is simple — he has done what he said he was going to do and kept his promises.

Since President Trump has been in office, Texas has added 781,6000 jobs, including 69,100 manufacturing jobs — he visited a Louis Vuitton manufacturing plant while he was in Texas on Thursday. Unemployment has fallen to 3.4 percent in Texas. Trump has appointed principled conservative judges who believe in the U.S. Constitution and interpret the law the way it is written.  He has protected the Second Amendment and our religious freedom against attacks by the secular progressive left wing — epitomized by Beto O’Rourke — who wants to take away our guns and has proposed eliminating the tax-exempt status of churches that do not bow to his secular demands. We got a few shots from the Rally that I want to share. 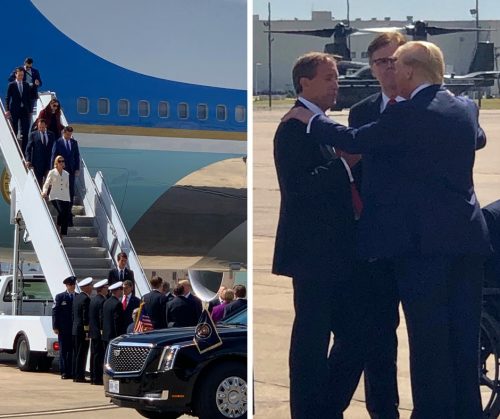 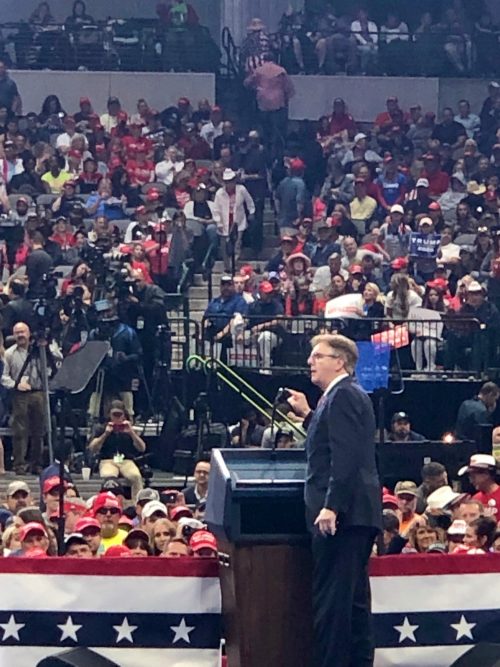 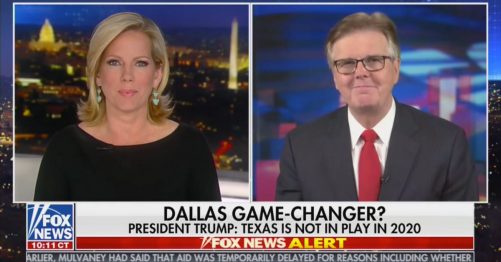 In case you missed it, after the Dallas Rally, I was on Fox News @ Night with Shannon Bream.  Click here to watch.

Monday is the first day of voting on a number of important proposed amendments to the Texas Constitution.  Click here to find out where you can vote early and here to read what’s on the ballot. 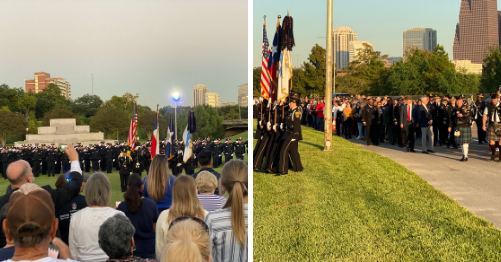 I was humbled to once again attend the annual Houston Police Memorial Ceremony on Friday honoring the 114 HPD officers killed in the line of duty since 1883. It is a solemn event helping us remember the lives and sacrifices of the brave men and women in law enforcement who gave the ultimate sacrifice to protect us and our communities.  The name of each officer is read aloud during the ceremony and a current Houston Police Department officer stands in line representing them.  We must never forget to Back the Blue. 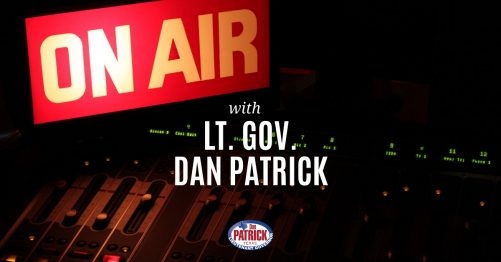 I also caught up with Chris Salcedo, who was in Dallas for President Trump’s Rally. Click here to listen.