The People of Texas Have Spoken 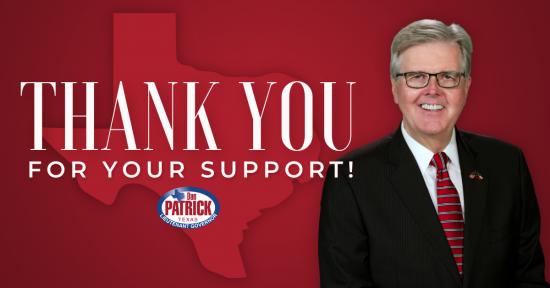 The people of Texas have spoken with one conservative voice, confirming what we already know. Texans are committed to keeping our state on its conservative path.

Under my strong conservative leadership, the Texas Senate has made history during the past two legislative sessions, clearly the most conservative in Texas and perhaps American history.

Like Travis at the Alamo, I drew a line in the sand. I will not yield or waiver. I am resolved to continue the fight for the safety and liberty of Texas.

There have been great victories across the state, many great senators have been re-nominated for their seats, and we have many great new Republican candidates for Texas Senate who are well on their way to joining the Texas Senate for the 88th Legislative Session. I congratulate them all.

I remain grateful to the people of Texas for their support. May God continue to bless the great state of Texas.

There’s No Blue Wave in Texas 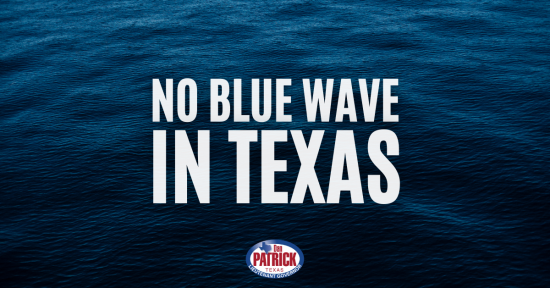 Texans put to rest the idea that Texas is “turning blue.” Turnout was at record highs in the Texas Primary, with Republicans outpacing Democrats 2 to 1. In 207 out of 254 Texas counties, we saw a 100% or greater increase in Republican votes compared to the 2018 election! If this election is any indication of what’s to come, the RED WAVE in November will look more like a RED TSUNAMI!

Proud to Endorse Ken Paxton for Attorney General
“I’m firmly in his camp for re-election.” 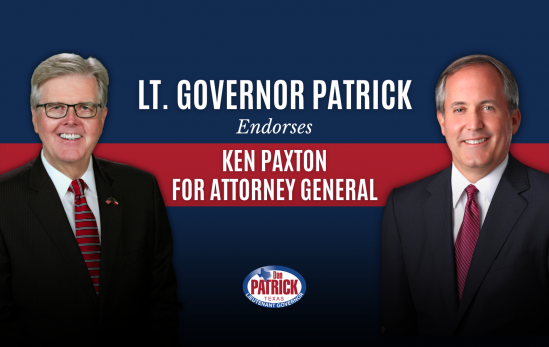 I am endorsing Ken Paxton in the run-off race for Attorney General.

He has challenged federal government overreach over and over again and won. He has sued Washington bureaucrats who wish to usurp state sovereignty and rendered solid legal opinions on behalf of the State all along the way.

Joining Kent Hance on the ‘Best Storyteller in Texas’ Podcast 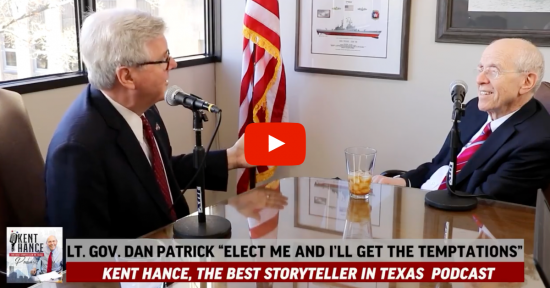 I had a great time sharing some stories and catching up with Kent Hance on his podcast. You can click here to listen to Part 1 of the interview.

A Pro-Life Victory for Texas 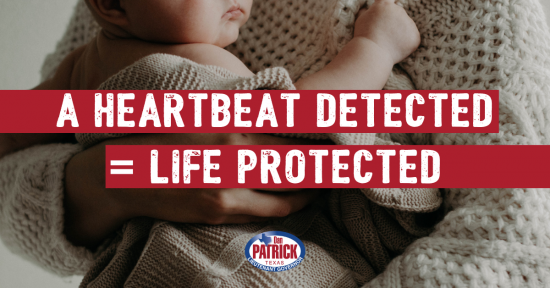 On Friday, the Texas Supreme Court struck down the Left’s last-ditch, back-door attempt to reverse our Heartbeat Bill. In a unanimous decision, our state’s highest court sided with life and ruled to keep our law in place — saving the lives of future little Texans! Since the Heartbeat Bill went into effect, thousands of unborn lives have been protected. Life is a God-given gift, and I am proud our state has taken a stand to protect it. As long as I am Lt. Governor, the right to life will always be protected in Texas.

The biggest rodeo in the world ends this weekend. If you haven’t had the chance to go yet, I highly recommend it. There’s so much to do for cowboys of all ages! Here’s a short video from my TV days in 1983 with my son Ryan and my “Luv Ya Blue” cowboy hat. Ryan turned 43 a couple of weeks ago. Now I have 7 grandkids, including 3 around that age. Life goes by so quickly. Houston and Texas have been great to me and my family. God has blessed us greatly. 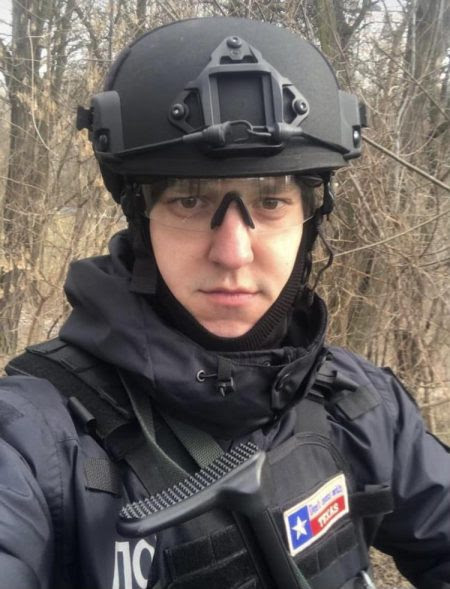 This Ukrainian police officer trained with the Houston Police Department last year and sent this photo, with permission to post, showing the patch he proudly wears in his fight for his country.

We in Texas stand with the brave men and women of Ukraine as they fight for their freedom.

When offered a chance to evacuate, the Ukrainian President said, “I don’t need a ride, I need ammunition.” He reminds me of Colonel Travis drawing a line in the sand. President Zelensky is willing to fight to his death for freedom. 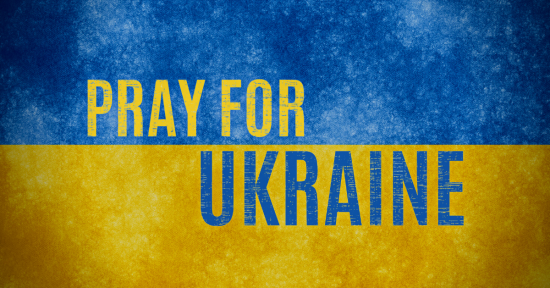 I ask Texans of all faiths to please join me in continued prayer for safety, peace, and strength – for Ukraine and the world.