The finish line in Austin – the starting line to 2020 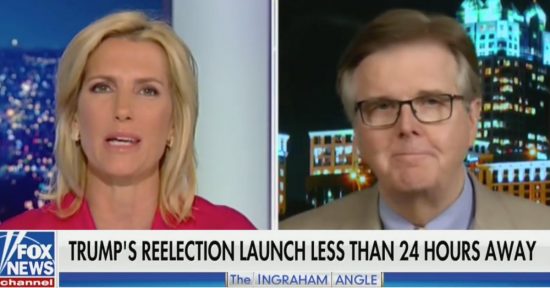 I was on Fox News with Laura Ingraham last night talking about President Trump’s re-election campaign. In case you missed it, you can watch it here. 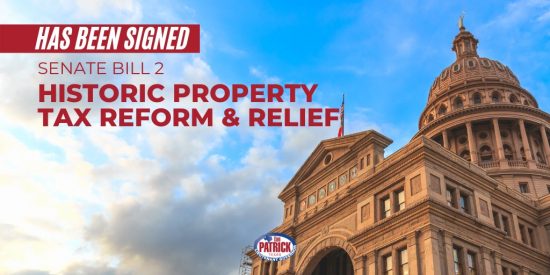 As you know, I have been fighting for meaningful and lasting property tax reform since 2003 — long before I ran for public office. Reining in skyrocketing property taxes for Texas homeowners has been my top priority as your Lieutenant Governor, and I was so proud to join House Speaker Dennis Bonnen and Governor Greg Abbott on Wednesday for the signing of Senate Bill 2 — the first property tax reform legislation in 40 years.

SB 2 requires that cities and counties hold a voter approval election before they increase their revenues by more than 3.5%. Since property taxes are increasing an average of 7% a year across the state, SB 2 will save Texans thousands of dollars in the coming years. 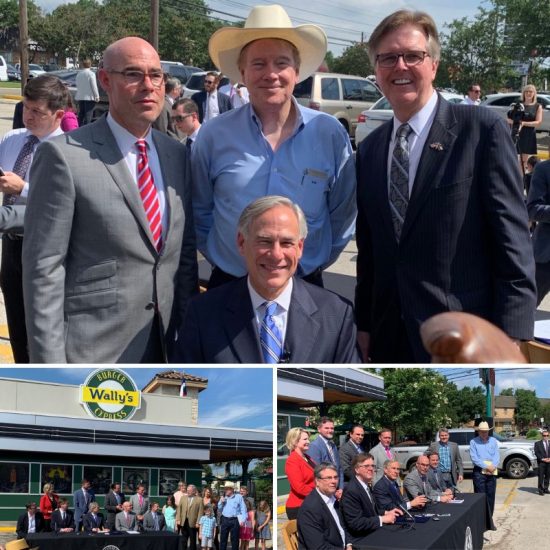 The bill signing took place at Wally’s Burgers in Austin. Wally said his property taxes increased 44% this year. SB 2 will help him and other small business owners across the state grow and expand their businesses. After the signing, I offered to buy all attendees a root beer float, milkshake, burger…anything they wanted, to celebrate this monumental day!

What the Senate accomplished this session wouldn’t have been possible without the positive and productive collaboration I had with Governor Greg Abbott and House Speaker Dennis Bonnen. When Republican leadership unites behind the issues and the Texas Senate and the Texas House work together, the people of Texas win. Teamwork has made all the difference. I talked about it last week on Fox 26.

Because I know there is some misinformation out there, let me be absolutely clear about the conservative priorities that were passed in the 2019 legislative session. 61 bills have been signed into law that fulfill Republican Party platform planks, more than in any session in recent history. I identified 30 legislative priorities and 26 of those were passed — another record. We passed legislation to end taxpayer funded lobbying and to reform elections out of the Texas Senate, but it died in the House. Speaker Bonnen worked hard to pass this legislation and other conservative priorities, but the votes just weren’t there. Sometimes it takes more than one session to get an important reform. It took me five sessions to pass the Sonogram Bill — a life bill that has saved thousands of lives.

The key difference in this session and the last one is Texas House Speaker Dennis Bonnen. From day one of the legislative session, he and I worked together to bring home solid conservative priorities for Texas. Here is the list of RPT platform bills that were passed.

Making sure that the Texas House remains in Republican control and that Speaker Bonnen is re-elected is job one for me in 2020 and it must be job one for all Texas conservatives. I will be talking with you more about how we do that in the coming weeks.

Tonight, I was proud to join President Donald J. Trump in Orlando where he announced his re-election campaign. He is a great conservative leader who has been a good friend to Texas, and I have pledged to do everything I can to help ensure that he is re-elected. We must Keep America Great! 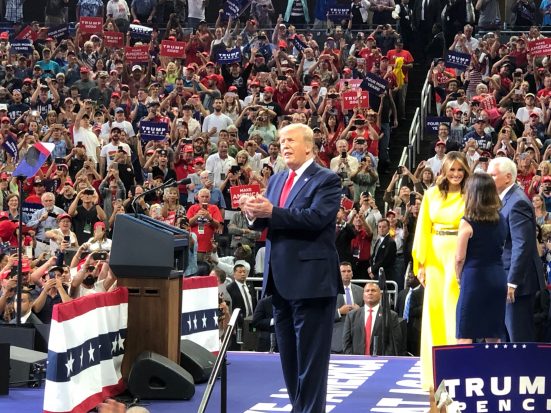 I am proud to be your Lt. Governor and I appreciate your continued support.