Texas Won’t Back Down. 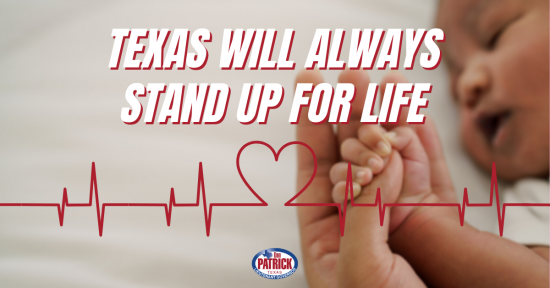 As some of you may have heard, an Obama-appointed federal judge ruled to temporarily block the enforcement of Senate Bill 8 — the Heartbeat Act, Texas’ lifesaving legislation that ensures once a fetal heartbeat is detected, the baby’s life must be protected.

Late Friday night, the 5th Circuit Court of Appeals ruled to restore our law to ensure Texas continues to have the nation’s strongest protections for the unborn. We fought to protect life here in Texas, and we are going to continue fighting for the rights of every unborn child. We will not back down.

No One Should Be Forced to Get a Vaccination

I have always been public about my decision to get vaccinated. BUT I have consistently said taking the COVID-19 vaccination is a personal decision and should NEVER be forced on anyone by the state or by a private employer. No one should lose their job, career, or their ability to support their family because they have made the choice to not get the vaccination. Governor Abbott has added this important item onto this special session’s call, and the Senate will move swiftly to take up this matter. 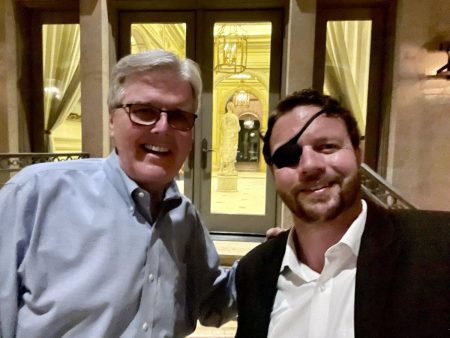 It was great joining Congressman Dan Crenshaw at the Texans for Lawsuit Reform event in Houston on Thursday night. TLR consistently fights for efficiency and fairness in the Texas justice system. Texans are thankful for their work. 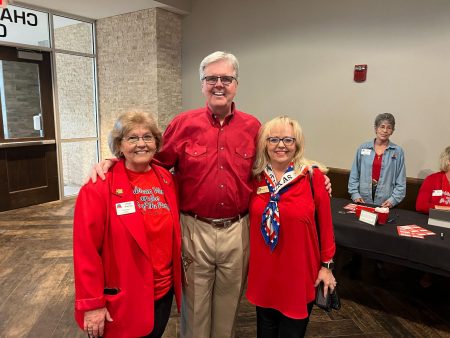 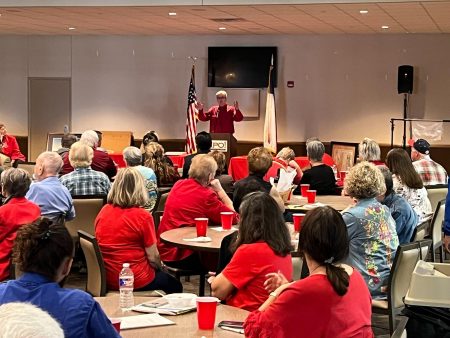 It was great to be back in Belton, Texas on Monday to speak at the Central Texas Republican Women’s Annual Luncheon. I was joined by Senator Pete Flores and a handful of like-minded conservatives from across the state who are working to Keep Texas Red. Pete is running for election in SD 24. I, along with President Trump, Senator Ted Cruz, Governor Rick Perry and current state Senator Dawn Buckingham have endorsed him. 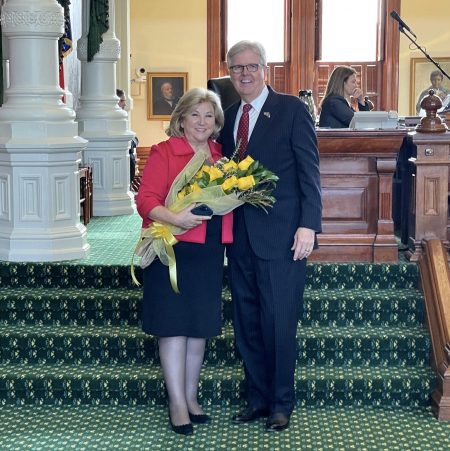 Last week, we honored Senator Jane Nelson for her outstanding service in the Texas Senate. Jane is a wonderful Senator, Texan, and friend. She has done so much for the people of Texas and it has been an honor to work with her over the years. I appointed Jane Nelson to chair the Finance Committee back in 2015; she was the first woman in Texas history to have that powerful position. She will be greatly missed. 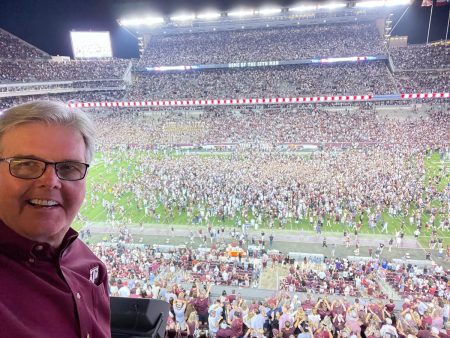 What a performance by the Aggies on Saturday night as they defeated Alabama 41-38 in the last-play field goal. After a game for the ages, here’s an interview for the ages with the Aggie Kicker, Seth Small, who sealed the victory — what a fine young man. Gig ‘em!