https://www.danpatrick.org/wp-content/themes/blade/images/empty/thumbnail.jpg 150 150 Dan Patrick, Lieutenant Governor Dan Patrick, Lieutenant Governor https://www.danpatrick.org/wp-content/themes/blade/images/empty/thumbnail.jpg January 9, 2017 January 10, 2017
In less than a week I will gavel in the Texas Senate as the 85th Session of the Texas Legislature begins. Even before the session starts, the left is in full-on assault mode trying to kill our top conservative priorities.  Have no doubt that I will stand our ground and protect our conservative principles including life, liberty and our firm belief that a lean and efficient government is essential to promote business growth and prosperity for all.
This week Senator Lois Kolkhorst, R-Brenham and I announced the filing of Senate Bill 6 – the Texas Privacy Act.  Despite what you have seen in the media about this legislation – which has been largely inaccurate and misinformed – this bill does three things:

Lt. Governor Patrick and Sen. Lois Kolkhorst announce the filing of the Texas Privacy Act.
– It codifies what has long been common practice in Texas and everywhere else — that men and women should use separate, designated bathrooms. We will not allow local ordinances to create laws that will make it easier for sexual predators to enter restrooms and victimize women — or anyone.
– It protects free enterprise by ensuring that businesses have the freedom to determine their own bathroom policies for their business and cannot be deprived of that right by local governments who want to institute bathroom policies they don’t want.
– It ensures that no public school can institute a bathroom policy that allows boys to go in girls’ restrooms, locker rooms or showers and girls to go in boys’ restrooms, locker rooms or showers.
An overwhelming majority of Texans support this legislation including both Democrats and Republicans, Hispanics, African-Americans and Anglos, men and women.
The Texas Privacy Act provides a civil remedy for parents when their child comes home – as they have in Texas – and tells their parents that there was a child of the opposite sex in the school bathroom.  To protect children, particularly teenagers, schools will be required to designate bathrooms for boys only and girls only.  Schools will be able to continue to accommodate those students who don’t want to go to the boys or girls bathroom by providing a single bathroom for them – just as they have always done.
This issue is not about discrimination — it’s about public safety, particularly for teenagers and children in public schools and protecting businesses.  The Texas Privacy Act is also about common sense and common decency. I congratulate Sen. Kolkhorst for filing the Texas Privacy Act and for her commitment to protecting the privacy of Texans and keeping them safe.
To learn more about the Texas Privacy Act listen to my interview on Washington Watch with Tom Perkins below: 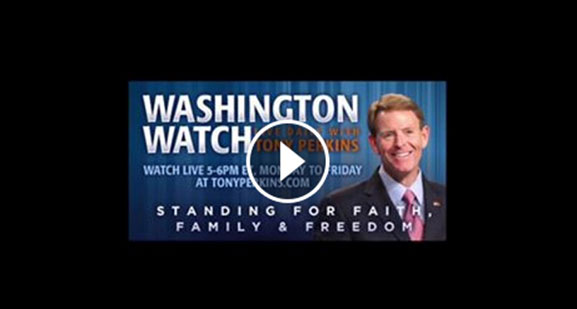 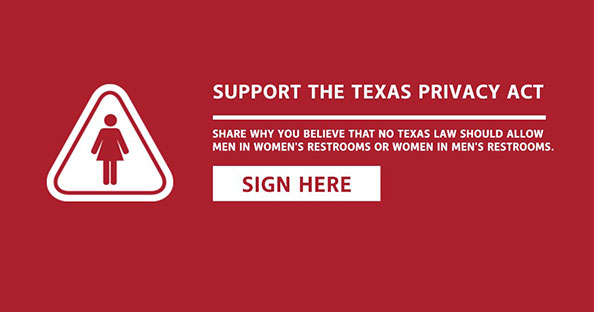 I am so proud that #SB8, the Heartbeat Bill, by @SenBryanHughes, has passed the Texas Senate. The Heartbeat Bill is lifesaving legislation that would protect our most vulnerable. Here’s my official statement: https://bit.ly/3fyWV8K

Texans are tired of sports teams that pander, insulting our national anthem & the men & women who died fighting for our flag. That’s why the Texas Senate passed #SB4 — the Star Spangled Banner Protection Act.

Proud to be in San Antonio today to unveil the new Plaza exhibit, which replicates a significant moment for the 1836 Alamo fort—featuring the cannon station where an “18-pounder” was fired at the start of the 13-day siege. A big day for Texas & America! https://bit.ly/3mScv0w