Stand for the Stars and Stripes!

Last week Dallas Mavericks owner, Mark Cuban, made a shocking announcement that he would no longer be playing the national anthem at home games. While the team was playing without fans in the arena, no one noticed, but as they began to let a few fans in, the absence of the anthem was obvious.  Cuban’s decision was a slap in the face to every American and an embarrassment to Texas. In this time when so many things divide us, sports are one thing that bring us together — right, left, black, white and brown. Cancelling the National Anthem drives a wedge in an already divisive time. 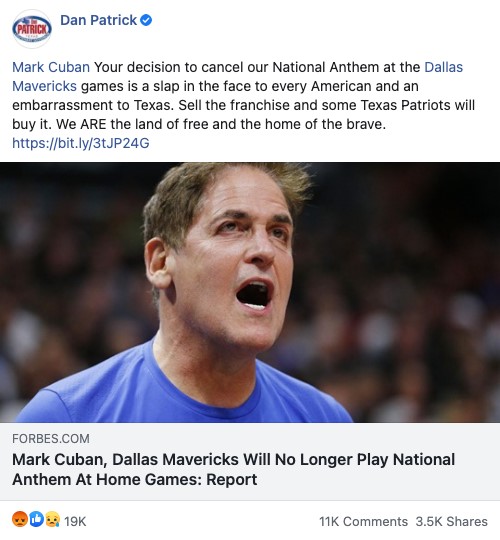 I discussed Cuban’s national anthem decision with my friend Mark Davis on Dallas-Fort Worth’s 660 AM on Wednesday morning.  Click here to listen. 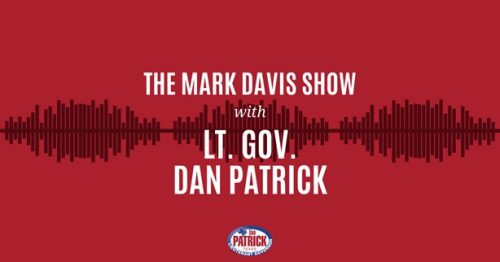 Thankfully, it didn’t take long for the National Basketball Association (NBA) to issue a statement saying the national anthem will be played at all games in keeping with longstanding league policy. 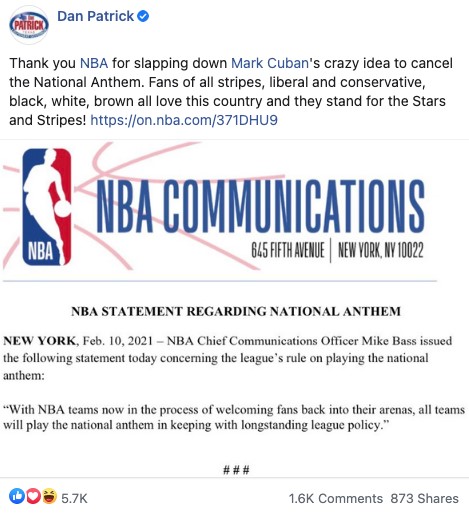 This is the latest chapter in the culture war that was launched when Colin Kaepernick decided to kneel during the anthem – then others wanted to kneel – then teams wouldn’t come out on the field. These actions do not unite us to work to make our country better, stronger and fairer for everyone.

One thing that has become even clearer to us during the pandemic is the important role that sports play in bringing us together.  Even for those who are not avid fans, sports are a shared experience for Americans of all ages and backgrounds.  It is something we can all talk about together, no matter what else is going on.   Sports should never be used to divide us. 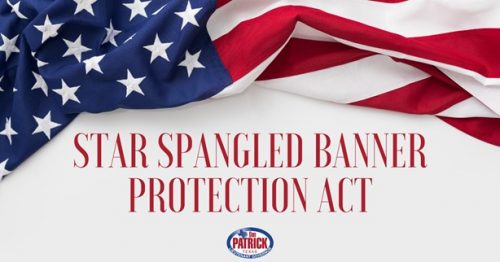 It is hard to believe that this could have happened in Texas, but Mark Cuban’s actions made it clear that we must specify through legislation that in Texas, we play the national anthem before all major events that receive public funding.  The Star Spangled Banner Protection Act, Senate Bill 4, will be among the top legislative priorities I announce next week.  It will ensure that the national anthem is played at all events which receive public funding. I am certain it will pass, and the Star Spangled Banner will not be threatened in the Lone Star State again. You can read my official statement here. 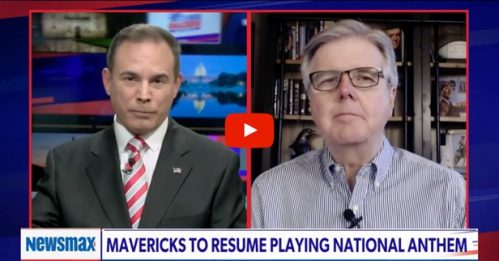 I also joined Chris Salcedo on Newsmax to talk more about the national anthem.   You can watch that interview here.

I  called in to the Chad Hasty Show on KYFO AM in Lubbock last week because a left-wing blogger had been on the show the day before and had made up a story that I had said I would support expanding gambling in Texas if it brought in enough revenue.  I had said just the opposite.  Click here to listen. 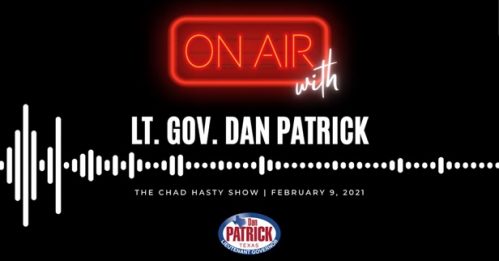 A Great Loss for Tarrant County and for Texas

Jan and I were very sad to learn of the passing of Congressman Ron Wright. Ron was a dedicated Christian, a committed conservative and a great Texan. He worked tirelessly for the people of Tarrant County throughout his career. This is a loss for his district and for our great state. Please join Jan and me in praying for his wife Susan, their family and friends. Here’s my official statement. 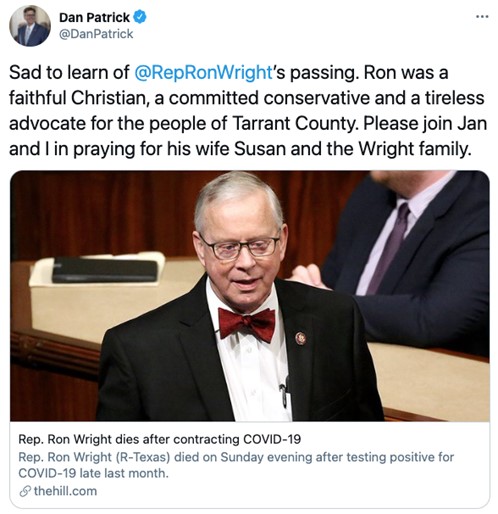 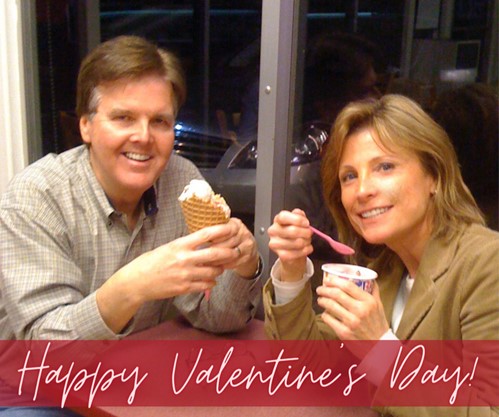 Jan and I would like to wish you and your loved ones a happy Valentine’s Day. The photo above is from our first Valentine’s Day just after I was elected to the Texas Senate back in 2007. Jan and I stopped at an ice cream store after getting home from Austin.  It seems like just yesterday. Since then, both children have gotten married and we have six beautiful grandchildren. They’ve grown up around my time in the legislature. 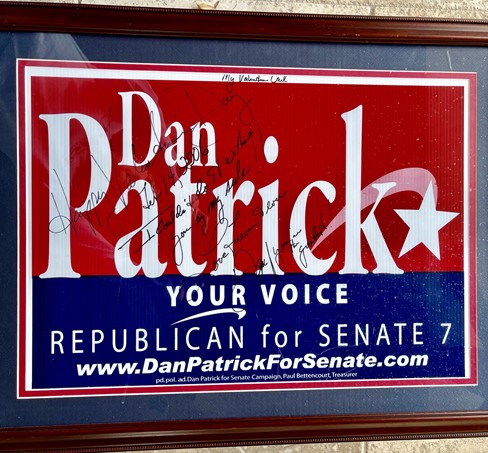 By the way, my favorite Valentine’s Day story is from the year before – 2006 — when I was first campaigning for the Senate.  I knocked on a door and the woman who answered said, “You have my vote, but you should really be at dinner with your wife — it’s Valentine’s Day!” With under three weeks before the primary, I had no idea what day it was. I was working every hour each day. I thanked her and told her I would get a card. She suggested that I sign one of my yard signs instead and if I were to win, it would become a great keepsake. Here it is. It hangs in our home and will be passed down to my family.