SB 7 is NOT Voter Suppression

I joined Bill Hemmer and Dana Perino on Fox’s America’s Newsroom Thursday morning to weigh in on the corporations across the country that are attacking SB 7 – the Texas elections reform bill.  These “woke” CEOs know nothing about SB 7 and what Texans support.  I issued a challenge on the show to debate any one of them, anywhere anytime.  We also talked about the crisis Joe Biden has created at the border. Watch it here.

What Texans Think about Election Reform

Last week the Texas Association of Business (TAB) released a poll showing overwhelming support for a broad range of election reforms similar to those in SB 7.  Here’s the TAB poll.

95% of Texans say it is easy to vote in our state.   Texans want voting procedures to be uniform throughout the state (88%) and they strongly oppose federal takeover of our election process. 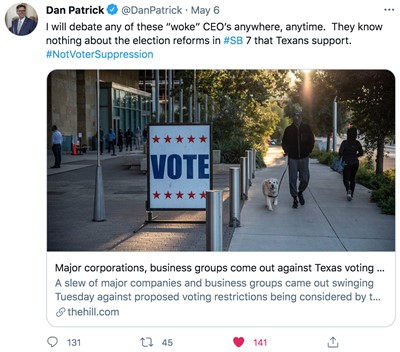 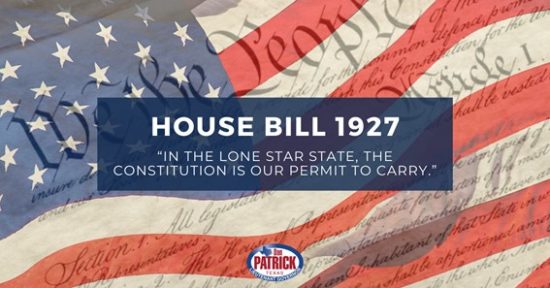 On Wednesday, the Texas Senate passed House Bill 1927, the Constitutional Carry bill, which affirms every Texan’s right to self-defense and our state’s strong support for the Second Amendment. In Texas, the Constitution is our permit to carry.   Here is my official statement.

Conservatives clearly have the momentum going into 2022.  I spoke with Laura Ingraham about it on Monday night. If you missed it — click here to watch. 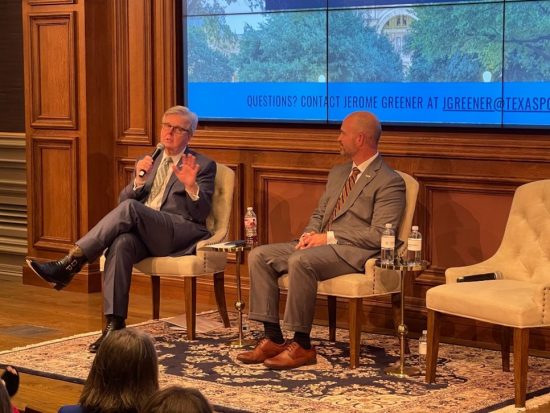 I had a great conversation with Kevin Roberts at Texas Public Policy Foundation’s event on Election Integrity on Wednesday night.  (I was so glad not to be on another zoom!)  We talked about election integrity reforms and other legislative action going on this session. There was a great turnout – lots of old friends and many new ones.  Thanks to all for coming to Austin to discuss this critical issue.

Catching up with Edgar Pacheco 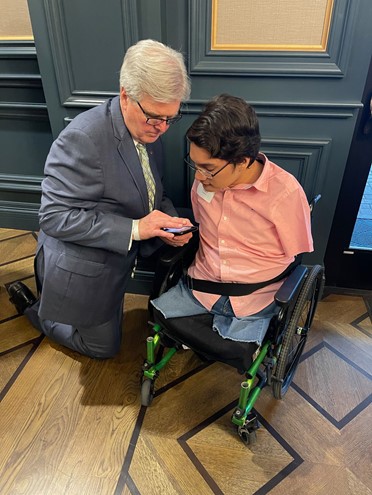 I had the privilege of meeting Edgar Pacheco at a Kingwood TEA Party Town Hall last year — and it was great to see him again this past week at the TPPF event in Austin.  Edgar is a great conservative who doesn’t let anything hold him back from achieving his goals. He is truly an inspiration and I look forward to seeing all that he accomplishes. Here’s a news article about him from a few months back. 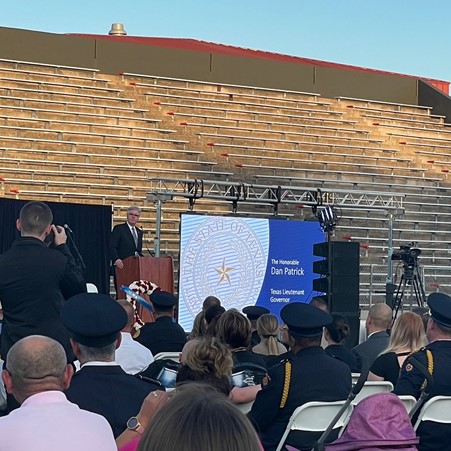 “Blessed are the peacemakers, for they shall be called the children of God.”
Matthew 5:9

I was in Austin on Sunday night to remember the brave officers who have given their lives for us and our communities.  Since I have been Lt. Governor, 49 officers have died violently in the line of duty.  It is always a very moving ceremony.  It is an honor to meet the families of those who have lost their loved ones and honor the courage and sacrifice of those who served. They have our admiration and undying gratitude. They will never be forgotten. #BackTheBlue 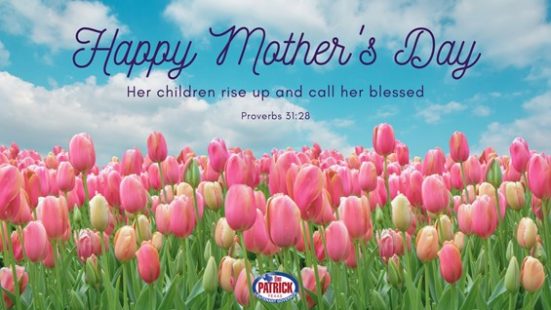 Finally, Jan and I wish you all a blessed Mother’s Day weekend.