On Fox News’ America’s Newsroom on Friday, I told Julie Banderas I would fight to expand background checks to include all stranger-to-stranger gun sales.  It makes no sense to me to allow anyone to sell a gun to someone they do not know who might be a felon or a killer.  No one has worked harder to defend our Second Amendment rights than I have. In 2018, the NRA gave me an A+ rating. I am a proud supporter of the NRA and I am a gun owner.  I would never sell a gun to a stranger, and I don’t think any responsible gun owner would either.

Currently, 80% of all gun sales include a background check.  Of the 20% that don’t go through a background check, we believe about half are transfers between family members. Federal officials estimate that the remaining 10% of guns sold are involved in more than 80% of gun crimes. It is just common sense that we try to close that that ten percent gap.

The Right Thing to Do

Let me be absolutely clear about this.  There is a lot of misinformation out there.  I believe gun transfers between family members should continue to be allowed without a background check. What I am proposing is that anyone who wants to sell a gun to a stranger simply go to a gun store and fill out the background check form.  Then the gun can be exchanged and the deal is closed. This is NOT a ban on private gun sales and this change in the law will NOT lead to a gun registry. That is utter nonsense. I don’t support banning private gun sales or a national registry, and I never will.  I am sorry that some of my allies in the battle to protect our Second Amendment rights are angry about this — but as I say in this Fox clip, the National Rifle Association is just wrong on this.  Their refusal to compromise on this issue will only hurt our long-term defense of the Second Amendment.

Every public poll I have seen in the past year shows there is broad support for expanding background checks.  After the El Paso shooting, a Fox News poll showed that 90% of Americans support expanding background checks, including strong majorities among Republicans and gun owners.  If those of us who support the Second Amendment won’t begin a discussion on this common sense change in our current laws, we risk losing everything.  The crazed gun control crowd— from Biden to Beto — will sweep in and destroy our rights.  They want to take away our guns — and even remove the Second Amendment from the Constitution.  Some have proposed “buy back” programs — which is absurd — you can’t buy back something you don’t own — our guns belong to us and we have a constitutionally protected right to have them. 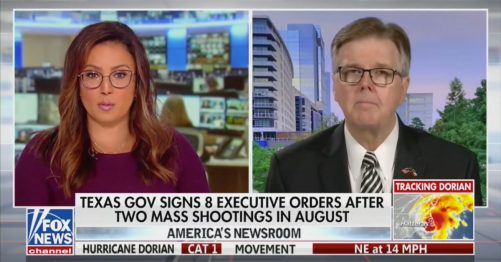 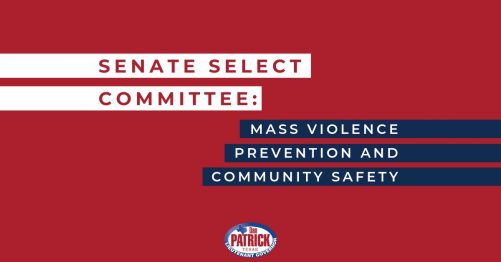 On Thursday, I announced I was establishing a Senate Select Committee on Mass Violence Prevention and Community Safety.  I have asked them to study a series of issues in response to the recent mass shootings in El Paso and Midland/Odessa, as well as previous mass shootings in Santa Fe, Sutherland Springs and Dallas. The committee is bipartisan and members represent a wide geography. Several have suffered mass shootings in their district.

Sen. Huffman is uniquely qualified to head this committee.  She served as a prosecutor in Harris County where she was the Chief Felony Prosecutor, Special Crimes Gang Prosecutor, and Legal Counsel to the Organized Crime Narcotics Task Force.

Senator Huffman has a solid pro-Second Amendment record and as the chair of the Senate’s State Affairs Committee, which handles Second Amendment issues.  She has played a key role in passing priority gun legislation over the last several sessions, including open carry and campus carry.

Click here to read my official statement on the Select Committee, which lists the charges I have given the Committee.

In case you missed it last week, Governor Greg Abbott issued several executive orders, including steps the state can take immediately to help prevent further mass shootings.  They will strengthen our Suspicious Activity Reporting and threat assessment efforts across the state, as well as speed up the processing of data from our courts. I strongly support these executive orders by Governor Abbott. There are a number of things we must do immediately to make sure that we have strong systems in place to identify threats and react to them when possible to help protect our communities.   To view Governor Abbott’s Executive Orders, click here.

I was in Midland/Odessa last week to visit a number of the shooting victims and their families who were in the hospital.  It was particularly good to see Officer James Santana of the Odessa PD, who was injured in the shooting spree.  He was released from the hospital on Tuesday morning.  Three law enforcement officers were shot and injured during the mass shooting on August 31 – another reminder that our brave law enforcement officers put their lives on the line every day to protect us and our communities.  We must always #backtheblue.  Please continue to keep the communities of El Paso and Midland/Odessa in your prayers. 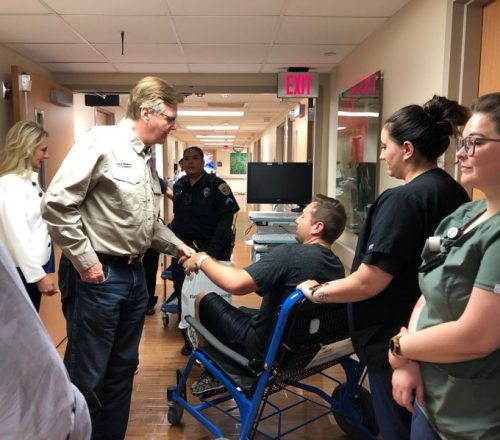 Texas DPS Officer Moises Sanchez gave the ultimate sacrifice for us. He was shot in the line of duty on April 6 in McAllen and passed away from his injuries on August 24.  I attended his funeral in Edinburg last week, where hundreds of people gathered to pay their respects. Moises is a true Texas hero, and we will always remember his commitment to protecting the people of his community.  Click here to read more about Officer Moises Sanchez.

Thank you for your continued support and for all that you do for your communities and the great state of Texas.  I am proud to serve as your Lt. Governor.