Property tax reform and relief are moving in the Texas Legislature.  Senate Bill 2, by Senator Paul Bettencourt, R-Houston, has passed the Texas Senate and debate is underway in the Texas House.  I have been working for property tax relief for over 20 years – even before I was in public office – and I am determined to rein in skyrocketing property taxes.  I believe we are closer than we have ever been to getting it done.  We will keep you updated on the property tax proposals, but I also want to tell you about some other legislation we have passed this session to support taxpayer rights and protect your tax dollars.

The Taxpayer’s Right to Know Act (Senate Bill 30 by Senator Brian Birdwell, R-Granbury) requires local entities to provide voters who go to the polls in bond elections with precise information on exactly how much the bond you are voting on will actually cost the local jurisdiction. Since taxpayers are the ones who will be paying for the bond, you have a right to know.  Local entities are also required to let you know how much debt they are already carrying.  Voters should always have this kind of transparency because they are footing the bill.

The Senate has also passed legislation to end Taxpayer Funded Lobbying (Senate Bill 29 by Senator Bob Hall, R-Edgewood).  You elect local officials and other representatives to advocate for your interests in the Texas Capitol.  Unfortunately, what has happened across Texas is that taxpayer dollars – your dollars – are being used to retain “hired-gun” lobbyists who too often are working against taxpayer interests.  We saw how this works at the hearing on the Property Tax Reform Bill in January.  Over a hundred citizens showed up to testify in support of the bill from all over Texas, traveling to Austin at their own expense and often taking time off from work.  The other side that testified against the bill included paid lobbyists who were testifying against property tax reform on behalf of local entities.  It is time for this practice to stop.

By the way, the Senate also passed Senate Bill 13 this week, the Ethics Reform Act, by Senator Bryan Hughes, R-Mineola, which among other things, will prohibit lawmakers from stepping down from the Legislature and immediately going to work as a lobbyist.

Another bill that will save money for taxpayers is the Higher Education Credit Transfer Act, by Senator Royce West, D-Dallas, which will ensure that Texas colleges and universities make it easier to transfer credit so parents and students won’t have to pay for a class they have already taken and passed.  It is estimated that parents and students have spent over $50 million on courses that were not transferable from one school to another.

You may have missed the passage of Senate Bill 1264 by Kelly Hancock, R-Richland Hills, which passed earlier this month.  This bill to prevent surprise medical billing of Texas consumers with state-regulated plans is projected to save Texans millions of dollars over the next several years.

Finally, in 1993, the Texas Legislature determined that sales taxes received on sporting goods would go to maintain and protect our state parks.  Over the years, some of those funds have been diverted to other purposes. Senate Bill 20, by Senator Lois Kolkhorst, R-Brenham, the Honoring Our State Parks Act, will ensure the state dedicates sporting good sales tax to the maintenance and protection of our state parks so that Texans can continue to enjoy them for years to come.

Be An Angel is an organization that is very close to my heart. I have served on the board for 30 years and have helped raised millions of dollars for this group.  I have also been privileged to witness firsthand the lasting impact Be An Angel has on the lives of these very special children.  It was truly wonderful to welcome them when they visited the Texas Senate last week.  Here are a couple shots.  You can visit www.beanangel.org to learn more about their mission. 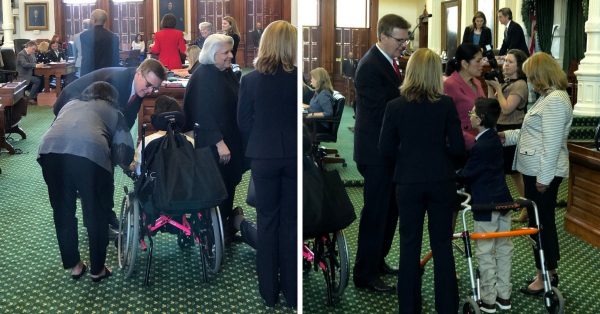 A Friend, An Innovative Leader & A Wonderful Person

Jan and I were deeply saddened to hear of the sudden passing of Missy Shorey, the first woman elected Dallas County Republican Party Chair. Missy provided so much energy and enthusiasm to Republican campaign efforts in North Texas. She was a friend, an innovative leader and a wonderful person. Please keep her family in your prayers during this difficult time.   We will miss her. 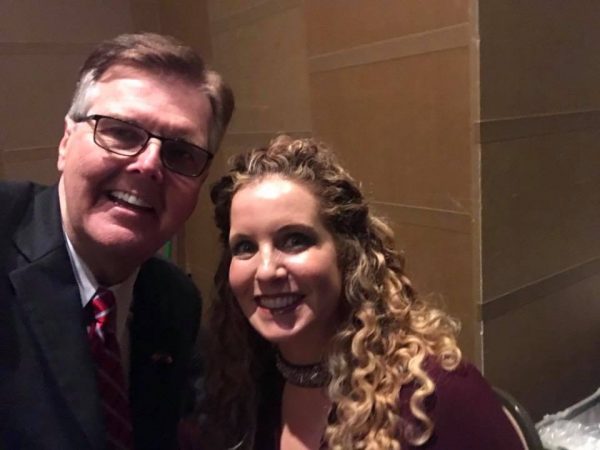 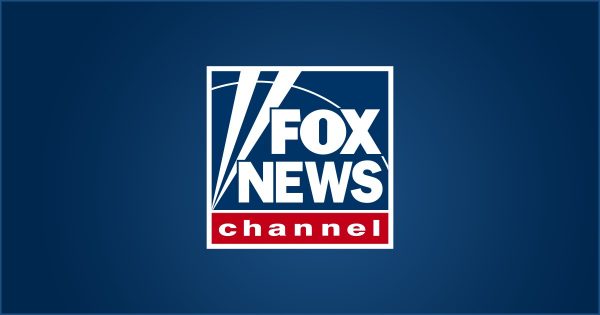 Make sure to tune in to Fox News tomorrow night at 9PM/CST where I’ll be live with Laura Ingraham talking about the border crisis.