President Trump was Clearly Right on Tariffs for Mexico

Earlier this week when I announced my support for President Donald Trump’s proposed tariffs against Mexico, I predicted they would be effective — which they clearly were — and that they would not last long.

No one works harder to protect the Texas economy than I do, and while the proposed tariffs would have been costly, those costs pale in comparison to the ongoing cost of illegal immigration in Texas. 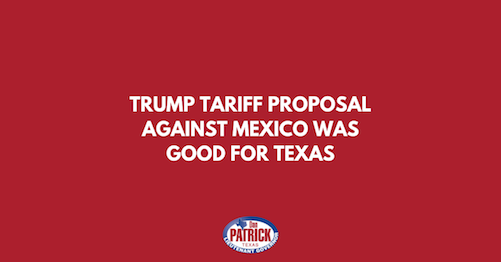 The Border Patrol reports that 144,278 entered the U.S. illegally in May alone, a massive increase over last year. At the current pace, over a million illegal immigrants will enter the U.S. in 2019. This massive increase, more than twice the number from 2018, is costing Texans billions of dollars. Our health care systems and emergency rooms are buckling under pressure from illegal migrants and our public schools are struggling to deal with the huge increase in numbers of students, most without language proficiency or basic skills. Locally, cities and counties along the border have said they can no longer absorb the massive increase in illegal immigration. Cost increases on everything from temporary shelter and policing to street cleaning have been astronomical. Churches along the border are doing everything they can to help and they have told me they cannot keep up with the ever-increasing influx of illegal migrants. The $2.4 billion the state has spent on border enforcement is another cost taxpayers pay.

President Trump understands America’s economic leverage and he was right to use economic pressure to get Mexico to help in stemming the tide of illegal immigration.  That’s why I supported him. Despite what you hear from Democrats, the situation on the border is an emergency and Mexico must do more.  The Mexican border with Central America is much shorter than the U.S. border with Mexico, and the Mexican government has the means to enforce their immigration laws. President Trump’s tariff threat was good for the United States and it was good for Texas.

Delivering Good News Around the State

After each legislative session, I like to travel around Texas and talk to business and community leaders about what we accomplished. This legislative session may be one of the best ever in Texas history and we have a great story to tell this year — historic property tax reforms, the first reforms to our school finance system in 40 years, and our commitment to pay teachers more — one of my top priorities. I also talked about our continued work in Texas to protect life, liberty and Texas values and the progress we made in securing Texas’ future. I appeared on a number of local television shows. If you missed me in your area, here are a few of the local television clips. 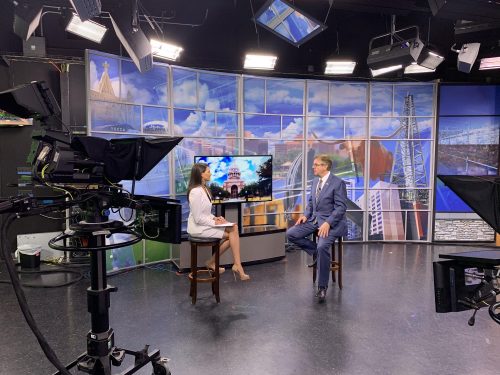 Property taxes are a very big issue in West Texas, as they are in the rest of the state.  I was in Midland-Odessa last week where I talked about that issue and others with Katie Orth at Big 2 News | KMID.  Here’s the video clip. 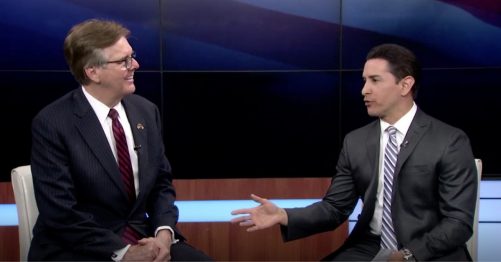 In San Antonio, I dropped by News 4 to chat with reporter Ryan Walt about property tax relief and other legislative issues.  You can watch it here. 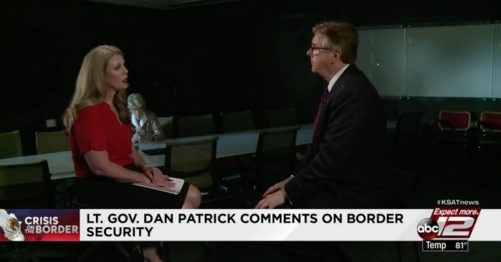 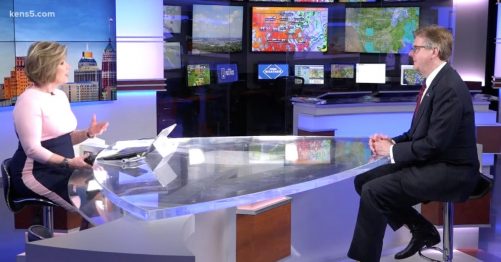 San Antonio made a big mistake banning Chick-Fil-A from the San Antonio Airport.  I talked about that on KENS 5.  You can watch it here. 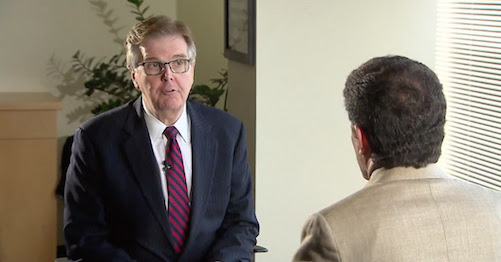 In Dallas, I spoke with CBS 11’s Jack Fink. Jack is a longtime Texas reporter who is often in the Capitol.  He talked to me not only about the School Safety Act, which was signed last week, but most of my legislative agenda, President Trump’s tariff proposal and more.  It’s a long clip, but in case you want to listen, you can click here to watch. 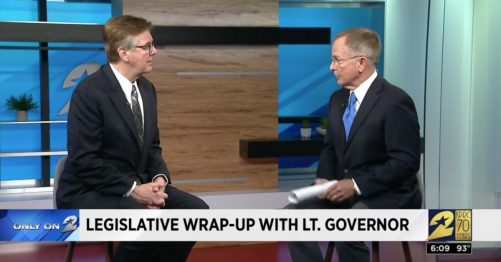 In Houston, I sat down with KPRC 2 reporter Phil Archer to talk about the big-ticket items from the 86th Legislature. You can watch that interview here. 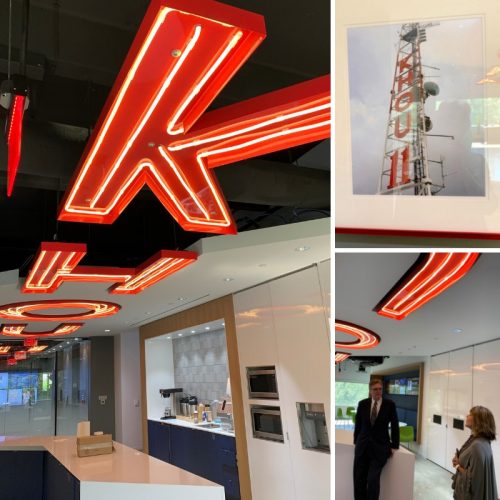 It was good to stop by KHOU 11 studios to talk with Shern-Min Chow about the accomplishments from this legislative session and the big changes coming to Texas. Watch it here.

On a personal note, my first job in Texas was at KHOU, and Executive News Director Sally Ramirez gave me a tour of their newly opened state-of-the-art high-tech studio, built after their original studio was destroyed by Hurricane Harvey.  One highlight is this terrific installation of the original neon lights from the old KHOU tower that had been a beacon over Houston since the station began.

It was great to see so many old friends as I traveled the state this week and to let them know about the principled, conservative policies we passed this session.  I am very proud of the work we did. It will impact future generations of Texans for years to come.