Political correctness and other news

Of course, Texas is not immune to political correctness.  Late last week we learned that a Texas State Board of Education (SBOE) committee was recommending that the defenders of the Alamo not be called “heroic” in our history books because “heroic” is a “value-charged” word.  They didn’t seem to get the point.  The heroes at the Alamo fought for freedom and liberty – those are our Texas values and our American values. They also wanted to drop the study of the William B. Travis letter because it takes too much time in the classroom.

Thanks to all of you who contacted the SBOE or traveled to Austin to testify.  Ultimately, it appears principle will prevail over political correctness.  Texas students will continue to learn about the “heroic” defenders of the Alamo as well as Travis’ “Victory or Death” letter.  This will help ensure that our great Texas history will continue to inspire young Texans and the people of the world for generations to come.  I was honored to speak at the Alamo on Texas Independence Day this year.  Here’s a photo: 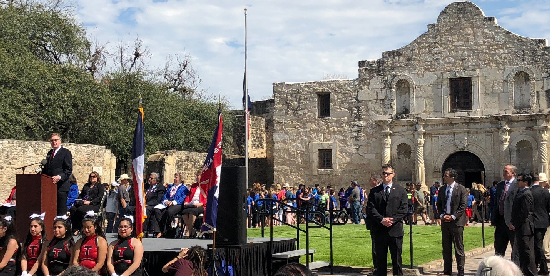 If you live in Texas Senate District 19, remember to go vote for Pete Flores! Early Voting for the special runoff election in SD 19 started Monday and will continue until Friday, September 14th. There is no Early Voting over the weekend.  Election day is on Tuesday, September 18th. You can find your early voting location here.

SD 19 is a sprawling 17 county district anchored in San Antonio. Pete Flores is a principled, hardworking Texan who will make a great state senator.

If you do not live in this district, spread the word to family and friends who do.  Let’s turn this seat from blue to red! You can find your early voting location here.

Recently got a good shot of Pete with his grandsons, David and Caelum. 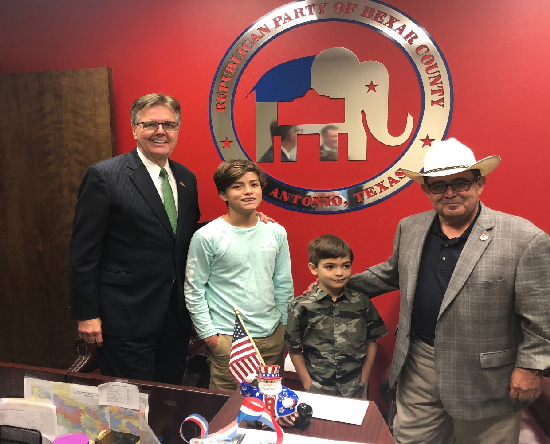 Last week, I was honored to sit on a panel with U.S. Energy Secretary Rick Perry and my good friends Chuck & Gena Norris at the Vision America event in Houston. Vision America is empowering Christian believers to live their faith in every walk of life. We had many great conversations, and I left very inspired. 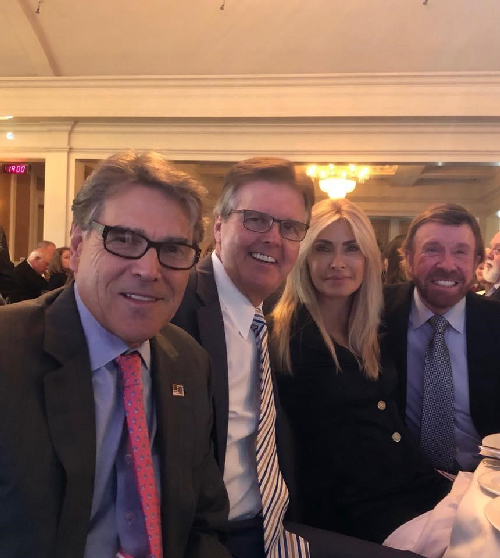 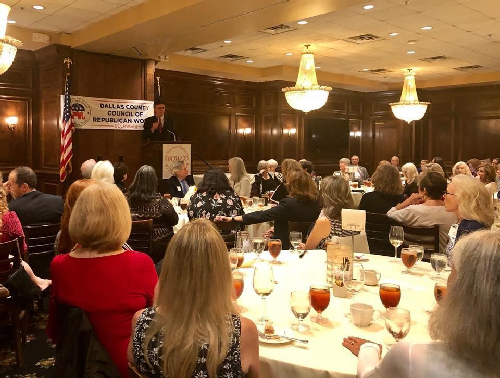 A standing-room only crowd in Bellville welcomed me and State Senator Lois Kolkhorst for the Austin County Republican Party’s Election Kickoff. The crowd was energized and is working hard to Get Out the Vote this November! No evidence of a Blue Wave here. Conservatives on the ballot are lucky to have these Republicans committed to working so hard for us. 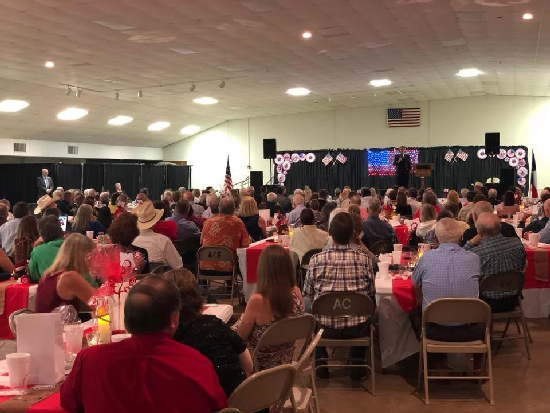 I gave the keynote address at the Texas Association of Realtors’ annual conference in San Antonio last week.  Nearly 700 folks from all over Texas turned out to discuss a wide range of issues that impact the future of Texas. Real estate agents understand the critical need for property tax reform. 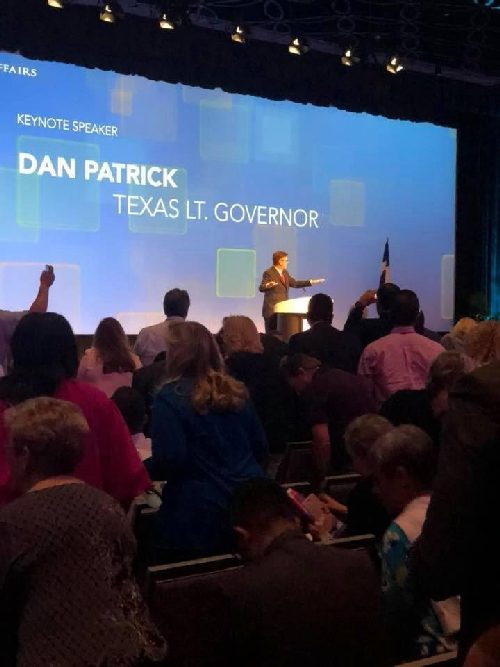 Nike needs to get a clue

I have been outspoken in my criticism of Nike for making Colin Kaepernick a spokesman for their “Just Do It” campaign.  Take a moment to read this article written by Taya Kyle. Taya Kyle is the widow of US Navy Seal Chris Kyle. She understands sacrificing everything; Colin Kaepernick and Nike do not. Nike’s choice of words — “Believe in something. Even if it means sacrificing everything” — are an affront to the brave men and women who paid the ultimate price by sacrificing their lives. Stand with me in boycotting Nike: Just Don’t Do It. You can read the full article here.

Thank you for your continued support and for all that you do for your communities and for Texas. God bless you and God bless Texas.