Citing Dewhurst’s inattention, and inaction, Senator Patrick said, “Over the last ten years, David Dewhurst has failed to secure our border and stood by as our illegal immigration problem got much worse.”

“Dewhurst has had an election year conversion,” Patrick said, “For a decade, Dewhurst has allowed programs that attract illegals to Texas like in-state tuition to expand and even reduced funding for border security and organized crime in the Department of Public Safety budget. That’s failed leadership.

“After adopting a budget that cut spending for border security, and ardently defending it as an increase, Dewhurst duplicity now becomes apparent.  He has finally recognized the failure of this budget and is scrambling to fix the problem.

“Now that Dewhurst is staring down another tough primary election, he wants to prioritize securing the border. Texans value results, not rhetoric, and it’s time we had a Lieutenant Governor who will do what Washington and Lt. Governor Dewhurst won’t do: secure the border and stop the magnet.

“Dewhurst has a proven record of inaction, hypocrisy, and now duplicity.  He failed to address the problem for a decade.  He adopted a budget that exacerbated the problem, and now claims that spending $60 million to cover the failure of his budget will somehow fix a problem that has snowballed due to his own failures of leadership.”

You can read my statement on @SenatorLucio's runoff victory last night here: https://bit.ly/32h7fvk 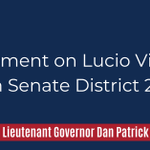 Joe Biden: "Guess what, if you elect me your taxes are gonna be raised, not cut." 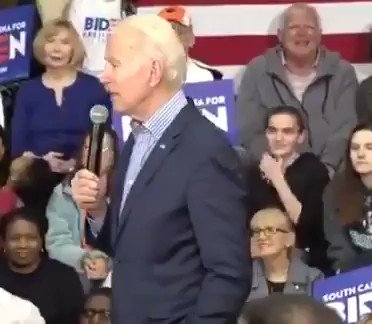 Thanks in part to the historic tax cuts, President Trump built the strongest economy in the world and is doing so again. Tax Day In Biden’s America would mean less money in your pocket. Get the facts: https://bit.ly/2WoEWar

Texas Tribune Guest Column: The 2013 Senate, From Left to Right

Dan Patrick Calls on Dewhurst to Let the Senate Work