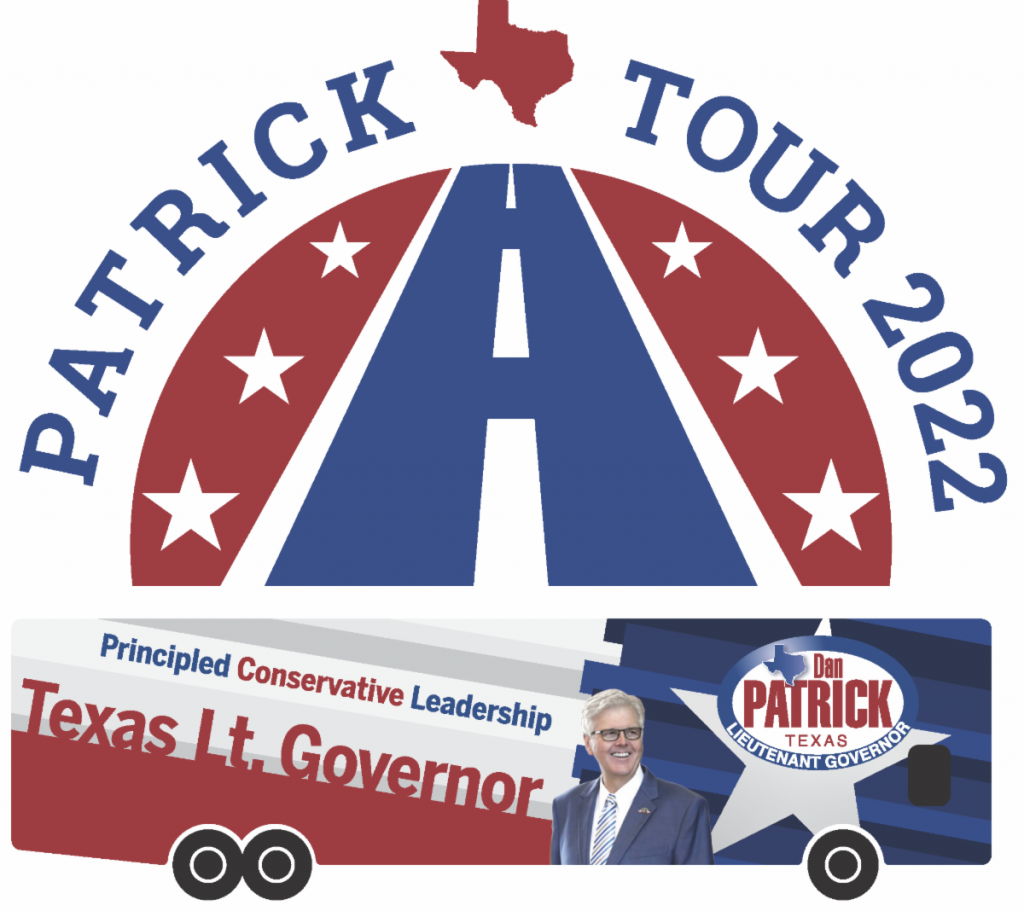 “On Wednesday, we launched our fall campaign’s statewide bus tour in San Antonio at the Alamo. It was a great beginning! Voters are engaged and excited about this 2022 election. While Democrats whine and carp, perpetuating the lie that it’s difficult to vote in Texas, I predict another record turnout,” Patrick said.

“We have outlined an ambitious schedule. We plan to make 131 stops across Texas. We’ve scheduled tours through North Texas, the Rio Grande Valley, East Texas, West Texas, Central Texas, and the Coastal Bend.

“It’s going to be fun, and I am excited about it. Keep a lookout for the bus – I hope to see you out on the road,” Patrick concluded.