Our weekly wrap up. 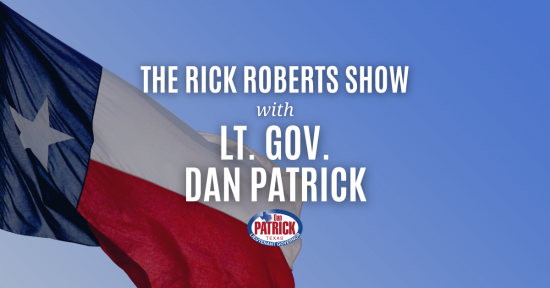 Earlier this week, Governor Abbott signed the Protect Girls’ Sports Act into law. After passing this bill five times in the Texas Senate, I am proud to see this critical legislation become a reality in Texas. I joined my friend, Rick Roberts, on his program yesterday to talk about it. Click here to listen.

Receiving the Trailblazer Award at the Green Bay Packers Game 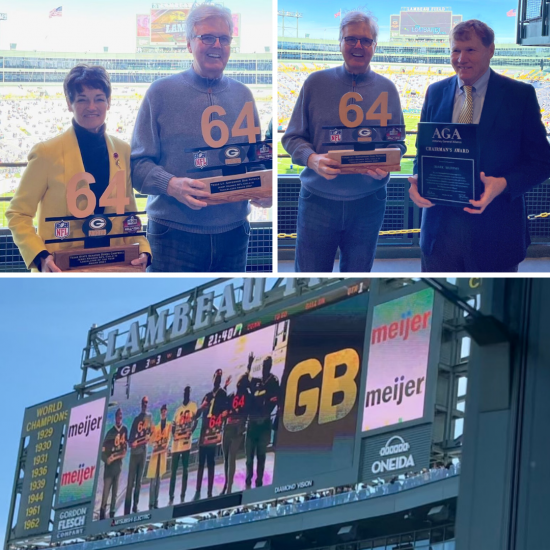 I was honored to receive the Trailblazer Award from the National Football League at the Green Bay Packers game on Sunday. Missing children are a national crisis, and we must use all available resources to keep our little ones safe.

In the Texas Senate, I championed funding, receiving matching funds from the NFL, to provide ID no-ink fingerprint kits to every student in kindergarten through 7th grade in Texas. Kits will be sent home from Texas schools next spring. There is no state record of the prints. Parents take their child’s fingerprints at home and hold onto them for safe keeping. Hopefully they never have to use them.

Texas is leading in this effort and we are the largest state to distribute the free ID kits. Senator Donna Campbell and Attorney General Ken Paxton also received awards for their work on this project.

Sadly, thousands of children are taken each year. These ID kits may mean the difference between a safe, speedy return, and tragedy.

I appreciate the partnership with the American Football Coaches Association and the NFL.

Watch this video to learn more.

Have you seen this? Portland city employees may take bereavement leave after an abortion. This will never happen in Texas. That’s why we passed the Heartbeat Act, which according to a new U of H and TSU poll, shows a majority of Texans support the new law. Specifically, 58% of hispanics, 55% white, and 47% black. 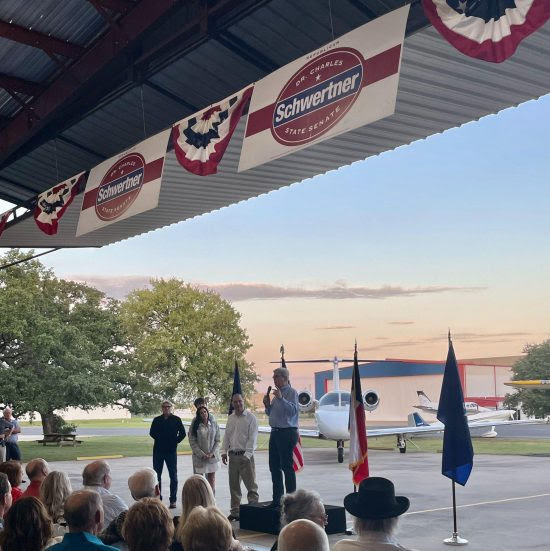 Last week I spoke at an event in Georgetown supporting Senator Charles Schwertner of District 5 for re-election. Sen. Schwertner is a committed conservative who works hard for his district and the people of Texas. Throughout the years, we have worked together to advance the quality conservative legislation that Texans expect from us. 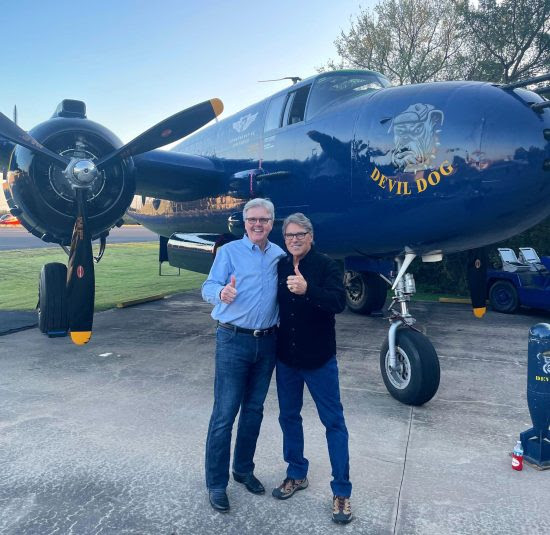 Governor Rick Perry was also there to give his support — always a great time catching up with him. 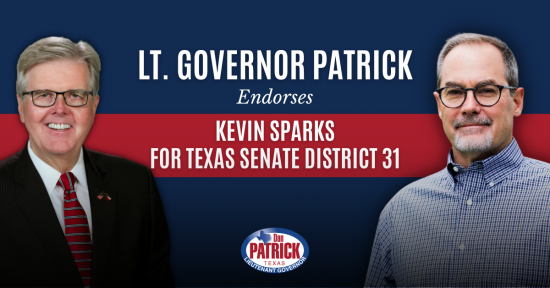 As the size of rural districts like Senate District 31 in West Texas change, the challenges of representation increase. SD 31 will need a special kind of Senator to represent the diversity of the district — from the Panhandle to the South Plains and extending to the Permian Basin.

Kevin Sparks is the right person for that job. Kevin has deep roots in the district with the business experience, intellect, and common sense to represent the great people of West Texas in the Texas Senate.

Kevin understands the unique challenges facing farmers and ranchers in West Texas, as well as what is needed to make sure our state’s energy industry remains a powerful economic force. He is the best-qualified candidate for this seat.

West Texas and the Panhandle are home to freedom-loving Texans. Kevin will be their champion. He is a patriot who will fight for the conservative values of West Texas.

I need conservative Kevin Sparks in the Texas Senate and join President Trump in giving Kevin my full and complete endorsement.