Op-Ed: Trump’s trade deals are a huge victory for Texas 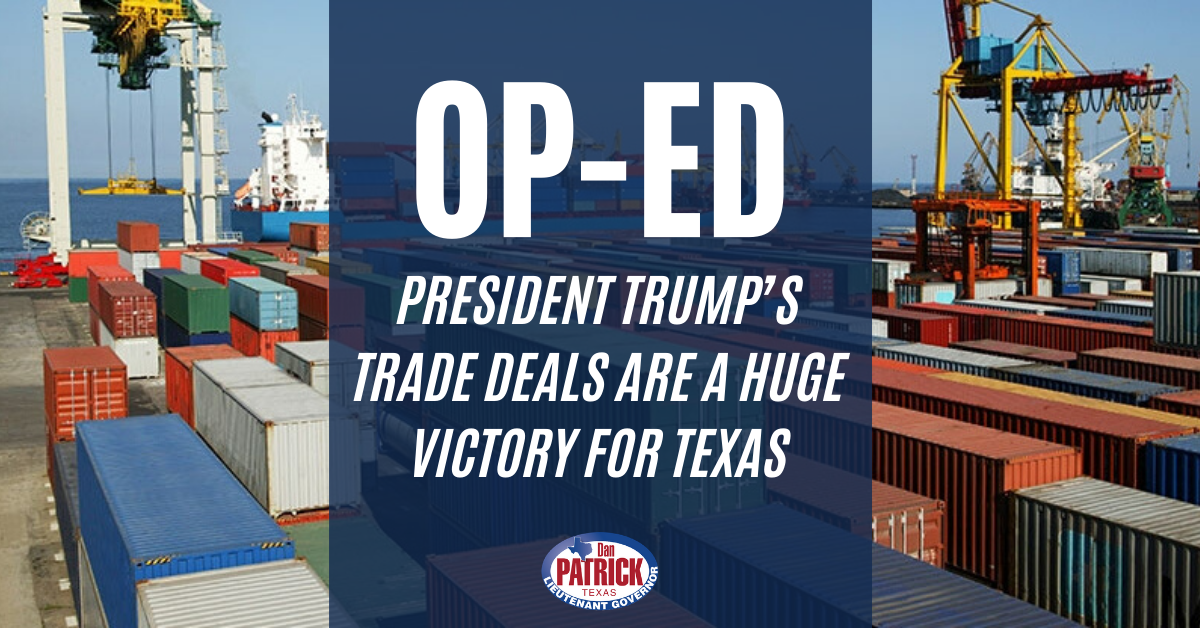 President Donald Trump campaigned in 2016 promising to fight for more fair trade deals for Texas workers, and with the signing of phase one of the China trade deal and the passage of U.S.-Mexico-Canada Agreement, that’s exactly what he’s done. In Trump, farmers, workers, and families across Texas finally have someone fighting for them in the White House.

Phase one of the new trade deal with China will put an end to years of unfair Chinese trade practices, protect American intellectual property, and open new markets for American farmers and manufacturers. By committing to purchase at least $250 billion in goods from American manufacturing, energy, agriculture, and other industries, China will finally start sending money back into the U.S.

Without a doubt, this is a huge victory for the Lone Star State.

There’s more good news though. The USMCA has been signed by Trump, and it will undo decades of damage brought on by the North American Free Trade Agreement. The new agreement will create over 176,000 new American jobs and promote fairer wages, providing a nearly $70 billion boost to the U.S. economy. Manufacturing workers in the U.S. would receive the largest gains in new jobs, wages, and exports, another big win for blue-collar Texans. Texas’ agriculture industry will see exports rise significantly as new markets in Canada and Mexico open.

When NAFTA was signed in 1994, it was outdated immediately. Texas’ thriving tech sector spearheaded rapid innovation and economic growth, and NAFTA lacked provisions to cover this expansion. In 2018, exports from Texas to Canada and Mexico reached a total of $137.2 billion, of which $28.5 billion were computers and electronic products. The USMCA now covers digital trade, and it will pay dividends for Texas in years to come.

Texan and ranking member on the Ways and Means Committee, Rep. Kevin Brady, stated prior to the trade agreement passing, “We believe that no state will gain more from this new agreement than Texas, and no state has more to lose if it doesn’t pass than our state.” With USMCA’s passage, Texans have finally won, and we will keep winning with this deal.

These are massive victories for Texas workers. Meanwhile, many Texas Democrats were busy obstructing Trump and holding up the USMCA.

As 2020 Democrats campaign in Texas, voters must remember their socialist policies: government-run health care and open borders. Reckless policies like these will raise taxes, increase unemployment and make our communities more dangerous.

Texas has a history of making our voice heard on the world stage. After years of bad trade policy and poor leadership, Trump has put Texas back at the forefront. With low unemployment and rising wages, many Texans are back to work with bigger paychecks.

(This op-ed was originally published in The Dallas Morning News)