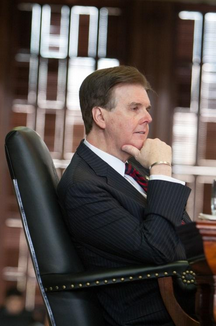 As promised, the Texas Senate has moved quickly to address your priorities. On the 37th business day of the 84th Legislative Session the Texas Senate overwhelmingly approved legislation that will dramatically improve the roads across Texas.

As we all know, gas tax revenues have dwindled over the last few years and our roads have suffered. At the same time the state has become more dependent on toll roads and debt to build roads. Senate Bill 5 (SB 5), and Senate Joint Resolution 5 (SJR 5), move the state much closer to providing relief to our ailing infrastructure. This will also allow us to refocus on a pay-as-you-go system for our roadways and help end our reliance on debt, toll roads and diversion of existing gas tax revenues.

Congratulations to Senator Robert Nichols, Chair of the Senate Transportation Committee, and the Texas Senate for their overwhelming 28-2 vote to approve SJR 5 and SB 5, which will now be considered by members of the Texas House of Representatives. 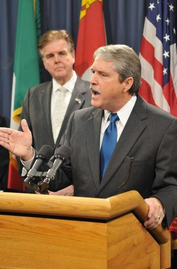 These bills represent a major first step in addressing priority education reform during this legislative session and there are more bills to follow, including “school choice.”

The legislative bills filed by Sen. Larry Taylor include:

-grading schools like students by providing an “A” through “F” accountability grade for public school campuses (Senate Bill 6),

-providing parental empowerment for removing their children from failing schools quicker; reducing from five years to two years the amount of time parents would have to wait to petition for either closing or converting a failing school to a charter school (Senate Bill 14),

-expanding the amount of online classes or digital learning (Senate Bill 894), and

Will place a greater emphasis on classroom observation rather than student testing for determining teacher quality.

Our official website is up and running and ready to provide you with the very latest information about the work we’re doing during this legislative session.

I invite you to visit often, and to bookmark the website address, at https://www.ltgov.state.tx.us/.

-regular video updates about the progress we’re making during this 84th legislative session,

“Whomever wants to be a leader

among you must be your servant.”