President Biden has allowed our southern border to collapse into total disarray. I went to the Del Rio bridge yesterday for a firsthand look at this illegal immigration disaster and spoke with Lawrence Jones about this humanitarian crisis, which is quickly spiraling out of control. Click here to watch the interview.

Last Friday, I joined Gov. Abbott in Fort Worth for the signing of House Bill 9, adding almost $2 billion to secure our border. Our border is out of control and getting worse by the day under Biden’s inept leadership. This cannot stand. Texas is stepping up to finish the wall.

If you have not seen it already, watch my video from Biden’s refugee camp at the border.

We must protect Texas and America against a lawless and overrun border, and a President who openly ignores his Constitutional duties of Article 4, Section 4. President Biden needs to come down to Del Rio to see firsthand the chaos he has created at our southern border.

DPS and our guard responded quickly with a steel wall of cars and people. They contained everyone at the bridge and stopped the crossings dramatically. This is why I support Texas taking over border security from Biden. He is incompetent, uncaring, and unwilling to do the job.

Our DPS Troopers at night, protecting the border. They are incredible men and women doing a tough job.

A Total Invasion at our Border

Texas has stepped up as the Biden Administration continues to sell out our country and ignore the all-out invasion at our southern border. I was on America’s Newsroom this morning to talk about it. Watch the interview here.

Let’s talk about my priorities. 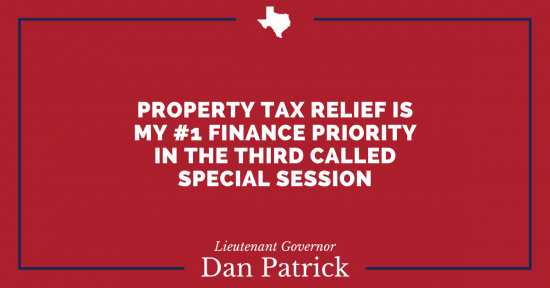 “As we have through the first two Special Sessions, the Texas Senate stands ready to get to work, fulfilling our obligations to the taxpayers and all the people of Texas.”

On Monday, we kicked off the start of our Third Special Session. There is much to do over the next 30 days.

With a state budget surplus expected to be in the billions, taxpayers must come before any new spending. Therefore, Senate Bill 1, by Sen. Paul Bettencourt, R-Houston, identical to Senate Bill 91, which the Texas Senate passed in the Second Special Session by a vote of 29-2, sends a large amount of our surplus money back to taxpayers before spending on any new programs. This represents a quantum shift in the way we think about spending surplus dollars. Tax relief must come first – before new spending.

My message is simple: when state coffers have a surplus in any given year, our first priority must be to return much of it to homeowners for their property taxes and to save some for the future. Any additional spending should come only after those two priorities are addressed.

As we have through the first two Special Sessions, the Texas Senate stands ready to get to work, fulfilling our obligations to the taxpayers and all the people of Texas.

Texas is Stepping Up

I was on the Rick Roberts Show last Friday to talk about the border crisis and what Texas is doing to put a stop to it. Click here to listen.

Performative Politics of the Left

I spoke with Laura Ingraham on her program last Tuesday about the performative politics of the left. You can click here to watch the interview.

A city led by depraved officials allows lawlessness, putting their citizens in grave danger. A boycott would have hurt them, not us. Texas’ economy is stronger than ever. We value babies and police, they don’t. Looks like they finally came to their senses. 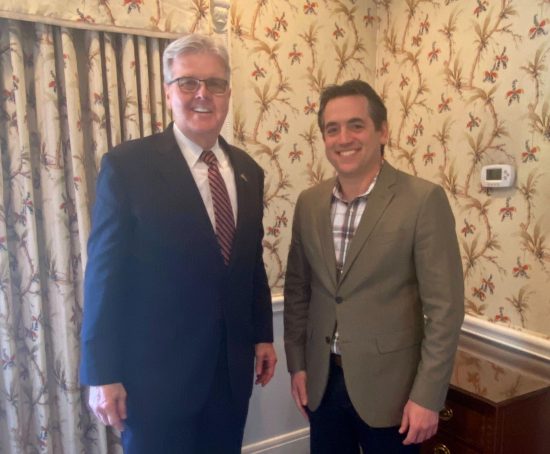 I was in Dallas on Thursday and visited with Matt Rinaldi, the new Chair of the Texas Republican Party. Matt is the right man for the job. He is a rock solid conservative. We worked on a lot of legislation together when he served in the Texas House. Looking forward to our continued work together and many more conservative victories for the people of Texas. 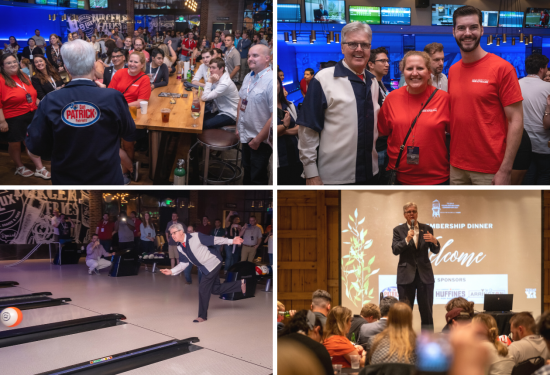 It was a great night speaking at the Texas Young Republicans Annual Convention on Friday. We began the evening bowling (one of my favorite pastimes) — I got to see some familiar faces and meet some new ones, too. These bright men and women are working to keep Texas one of the greatest states to live, work, and raise a family.

Good news, our COVID hospitalizations have peaked and are going down, similar to what we saw in the U.K. and in India. That does not mean this is behind us. However, it is good news and we will take all we can get.