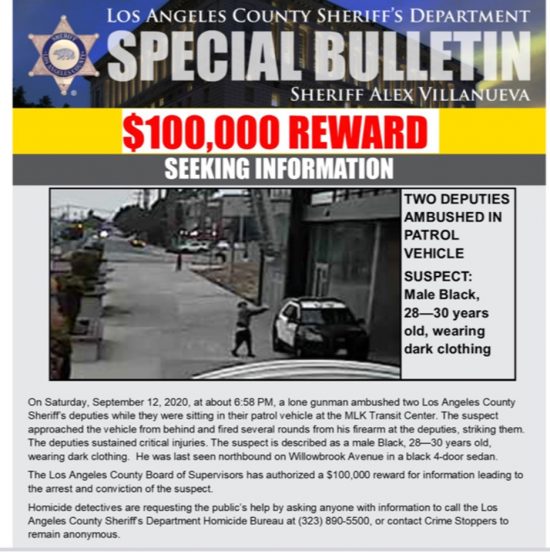 Last night two sheriff deputies in Los Angeles were ambushed and shot multiple times as they sat in their patrol car. One deputy was a mom with a 6 year old. As disgusting as that cowardly act was, the actions by protestors who went to the hospital where the officers are still fighting for their lives was even more grotesque. They blocked the emergency room driveway and they chanted “death to the police” and I hope the f***ing cops die.”

This outrageous anger against law enforcement is partially the result of the constant bashing of police by Democrats, BLM, Antifa and yes, even some professional athletes. They have created a narrative that all police are bad and that police brutality is widespread. The constant drum beat of hate toward all police only incites others to act out as they did in Los Angeles.

Democrats will not speak out against these groups. They never even acknowledged the violence in the streets, often directed at police one time at their national convention. Instead, they give comfort to those who continue the violence against cops and citizens whose goal is to overturn our democracy. I was on Fox News @Night with Shannon Bream on Friday night talking about the outrageous moves by some cities, including Austin, to defund police. I also proposed that professional athletes speak out on a proposal that could actually make a difference. Here’s a clip from the show. 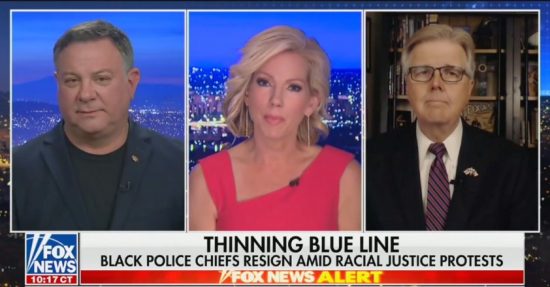 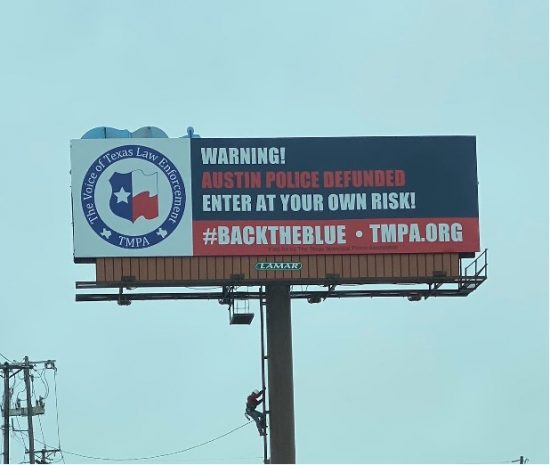 Did you see these great billboards put up by the Texas Municipal Police Association on the North and South entrances to Austin last week? They are getting rave reviews both in Texas and nationally. The City of Austin ignored public safety and made a dangerous decision to defund the police. It was a big mistake. 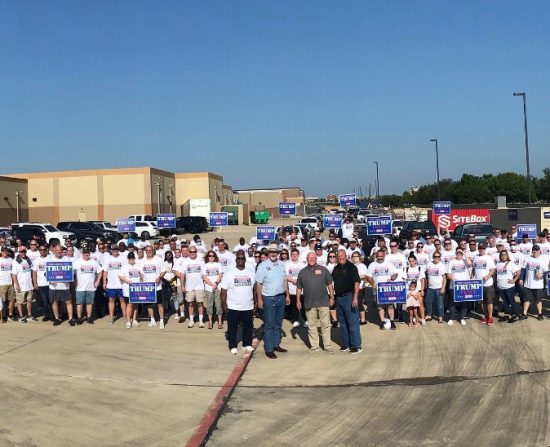 Police groups across the country are supporting President Trump’s re-election.  In Texas, Harris County Constable Mark Herman and his team put out 500 Trump signs in 45 minutes yesterday.  Law enforcement supports those who back the blue and are working to Keep America Great.

In Case You Missed It — 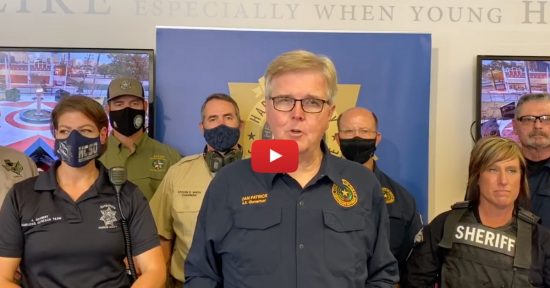 I was proud to sign Governor Abbott’s ‘Texas Backs the Blue’ Pledge this week standing up for the brave law enforcement officers from Harris County. Here’s the video. If you haven’t already, you can sign the pledge here. 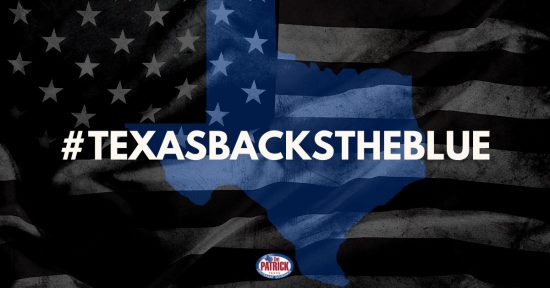 About that NFL Kickoff Game…

Please continue to keep our state and our nation in your prayers. Pray for the families who have lost loved ones to coronavirus and for our heroic health care workers. And, as always, keep our law enforcement officers in your prayers. May God bless you and your family, and may He continue to bless the greatest state of all—Texas.