It was a big week in Texas 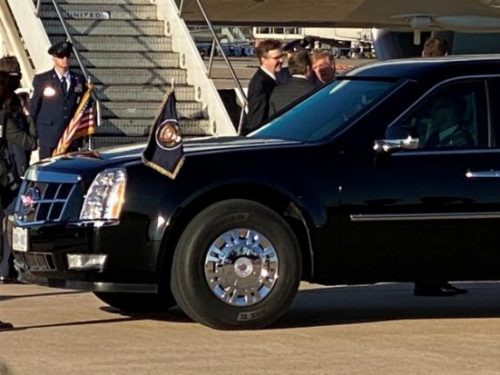 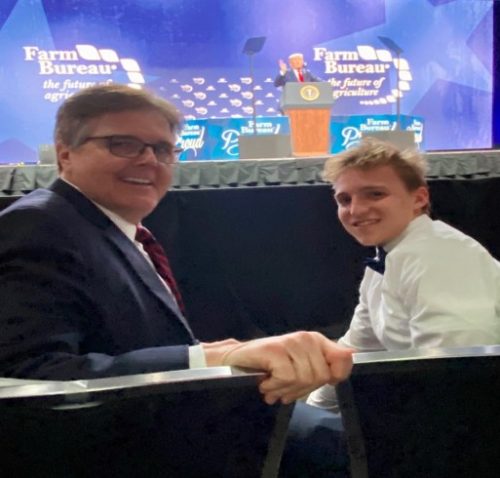 It was great to have President Donald Trump in Texas on Sunday.  I was honored once again to greet him when Air Force One landed in Austin.  The President was in Texas to speak to the American Farm Bureau Federation where he talked about delivering on one of his promises – getting rid of NAFTA.  With the passage of the new trade agreement between Mexico and Canada —the USMCA – farmers and other American businesses are now in a great position with our closest trade partners.  The USMCA will also create thousands of Texas jobs.  I wrote an op-ed about it a couple months ago. If you missed it, you can read it here.

I took Tyler Martin with me to meet the President.  I met Tyler a few years ago, and we have been friends ever since.  Tyler’s father was a Houston Police Officer who tragically lost his life in the line of duty.  Tyler got a chance to meet with the President and we got a front row seat for the speech!

Last week, President Donald J. Trump – who may have done more for religious freedom than any President since the founding fathers – proclaimed Religious Freedom Day to affirm the principles of the Constitution.  Please take the time to read his monumental statement on religious freedom HERE.  Religious liberty is the underpinning of our nation and Constitution, and the battle to protect that precious freedom should be fought just as strongly today as it was in 1776.

In addition to an Oval Office meeting with students, teachers and coaches who have experienced harassment because of their faith, the President announced that 9 federal departments have issued rules rolling back regulations that restrict religious liberty.  The Department of Health and Human Services issued new rules Friday eliminating barriers and discriminatory burdens against faith-based organizations. 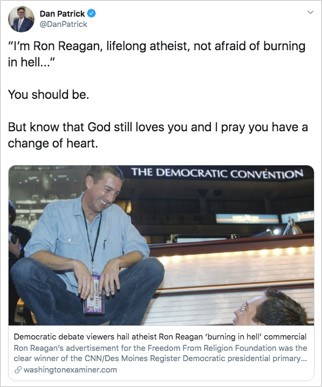 Did you see this?  Ron Reagan, Jr. has been running an atheist commercial for several years that closes by saying he’s not afraid of ‘burning in hell’.  He put it on the air during the last Democrat debate where some gave it rave reviews.  I tweeted about it last week. Here’s the ad, in case you missed it.  We know God still loves Ron Reagan, Jr., and I know you will join me in praying that Ron has a change of heart. 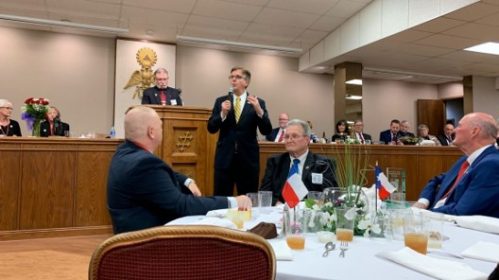 I was in Waco earlier this week where I was honored by the Masonic Grand Lodge of Texas with the W.B. and Brandon Carrell Humanitarian Award for my work with “Be An Angel” and other charities.  It is the highest award given to a non-Mason, and past recipients include Laura Bush and Tom Landry.  I am extremely grateful.  Thank you.

It’s Time to Get Your Mail in Ballot!

You can apply for a ballot by mail now through Friday, February 21. To download the application or learn more about the eligibility requirements, click here. 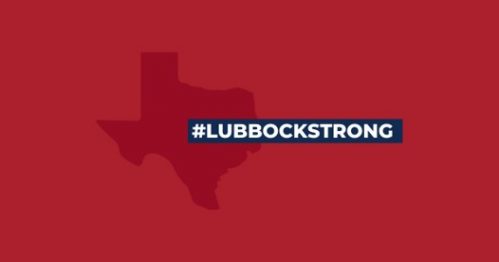 Terrible news came out of Lubbock last week when we lost two brave first responders. Officer Nicholas Reyna of the Lubbock Police Department and Firefighter Lt. Eric Hill were both killed while working to help others.  I visited another firefighter in the hospital on Saturday who remains in critical condition.  We must never forget our debt to all our first responders, especially those who give their lives to protect their communities.  Keep them in your prayers.

I remain grateful for the opportunity to serve as Lt. Governor and I look forward to continuing the work we are doing to make the greatest state in America even greater.

Feel free to forward this email to your friends and family who may not be on our email list — they can also click here to sign up for future updates.