in case you missed it

We often re-post tweets with ICYMI (in case you missed it), but I don’t think anybody missed this story this week: 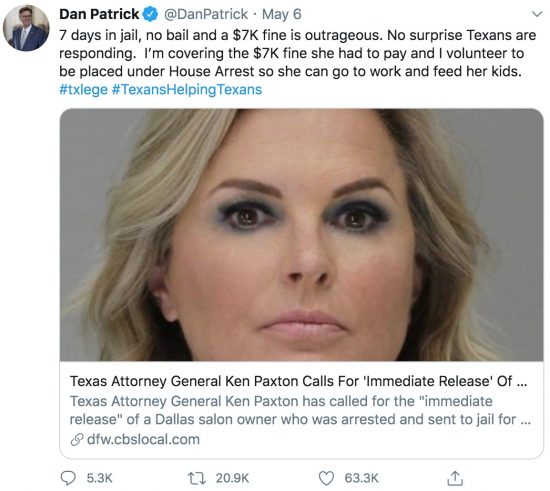 Shelley Luther, owner of Salon À La Mode, was sentenced to seven days in jail Tuesday by  Dallas Judge Eric Moyé.  Judge Moyé showed absolutely no mercy or compassion. He did not send Shelley to jail because she violated the order ― he sent her to jail because she wouldn’t apologize to him. Shelley stood her ground and she should’ve never been punished with jail time. That is simply not what America (or Texas) is about. 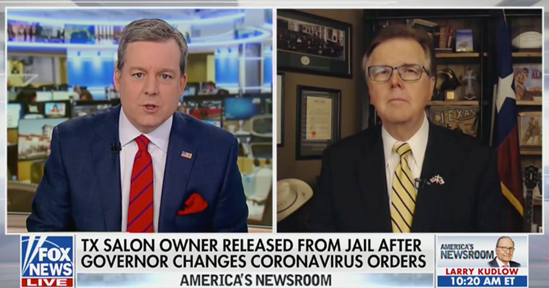 I was on America’s Newsroom Friday morning talking with Ed Henry about the Shelley Luther case. You can watch that interview here. 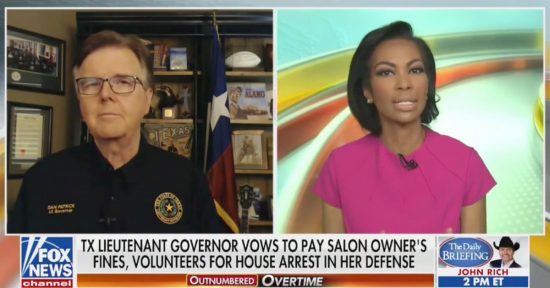 I also talked with Tucker Carlson about Shelley Luther. Here’s the clip. 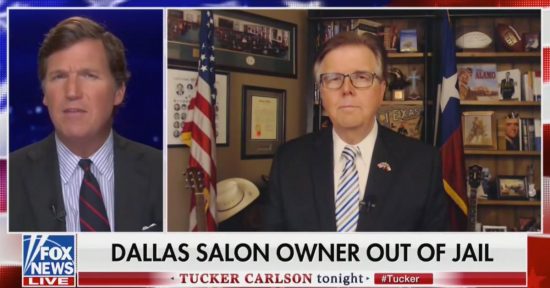 Speaking of Hair Salons and Barber Shops – A short clip:

Thank you to all of those who are out there working as we take steps to bring Texas back.  Here’s a short clip with Helen, who, like thousands of people across Texas, is anxious to get back to work.  Here’s the clip. 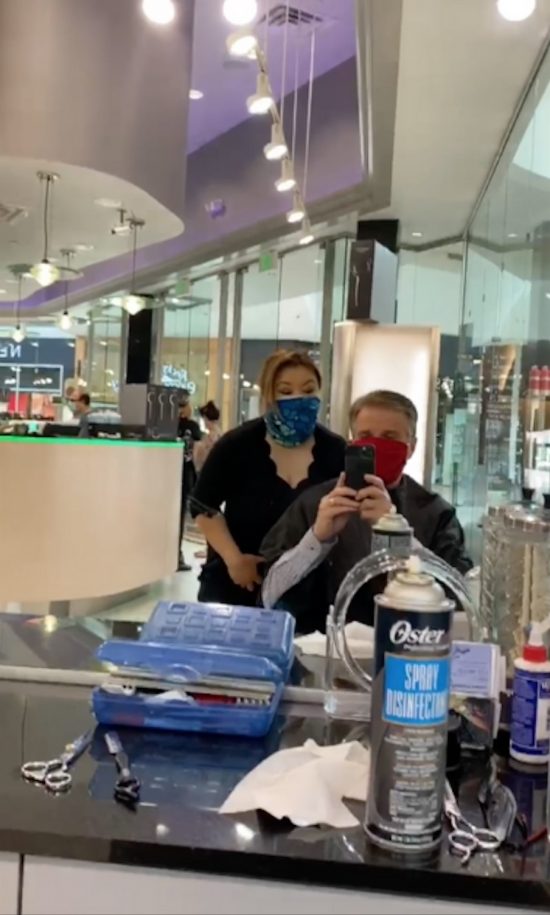 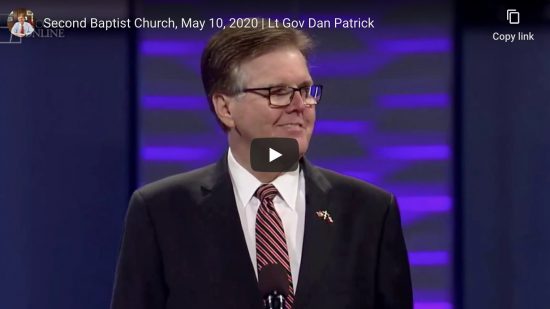 It was a very special Mother’s Day at my church – Second Baptist in Houston – which, like many churches across Texas, was open today for the first time in 7 weeks.  Observing social distancing, we were able to gather together and worship, which was wonderful.  It was an honor and a privilege to provide the opening message and prayer at the three services.  You can watch the video here.

Getting Texans Back to Work

About a month ago, I reached out to 14 business leaders across the state and asked them to come up with guidelines for the best way to open Texas businesses back up. As a small businessman myself, I believe it is better for business to tell government how to get the economy moving – not the other way around.  The group reached out to other Texas business leaders and experts and grew to over 80 people who produced this outstanding report.  The report includes over 400 recommendations and is one of the best of its kind in the nation.  It’s a lot to read, but I encourage you to take a look. 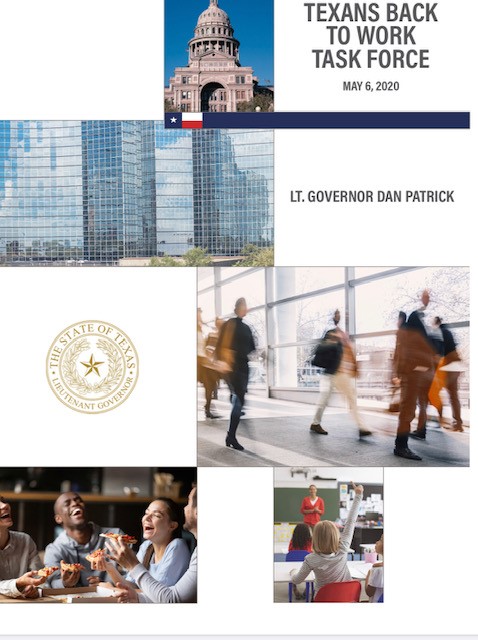 Businesses across Texas are looking for answers on how to rebuild and the Task Force has provided them. Here’s my official statement. 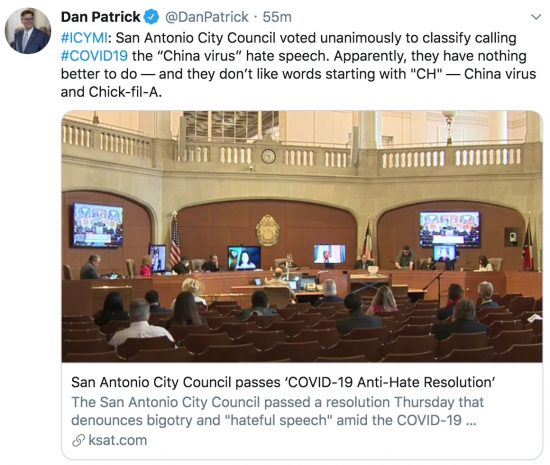 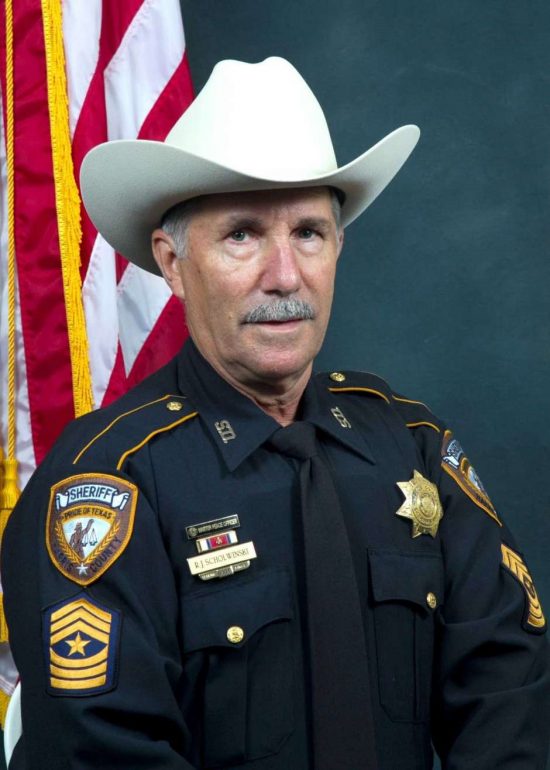 It was heartbreaking to learn that Harris County Sheriff Sgt. Raymond Scholwinski passed away earlier this week after a courageous battle with COVID-19.  Sgt. Scholwinski was our first Houston area law enforcement officer lost to the pandemic.  Please keep his family and the Harris County Sheriff’s Office in your prayers during this difficult time.

Yesterday, I attended the funeral of Officer Jason Knox, who was killed in a helicopter crash last weekend. The service was very moving.  I never fail to be inspired by the faith of Texas families and communities in heartbreaking times.  As Lt. Governor, I have attended far too many funerals of fallen police officers. Jason’s father Mike has been a friend for over twenty years and his death was a tragedy not only for his family, but also for the Houston Police Department. One of the toughest things is talking to the children who have lost a parent.  Here is a photo with Jason’s wife Keira, his parents, Mike and Helen, and his son Cooper.  Please continue to keep the Knox family, the Houston Police Department and all our first responders in your prayers. 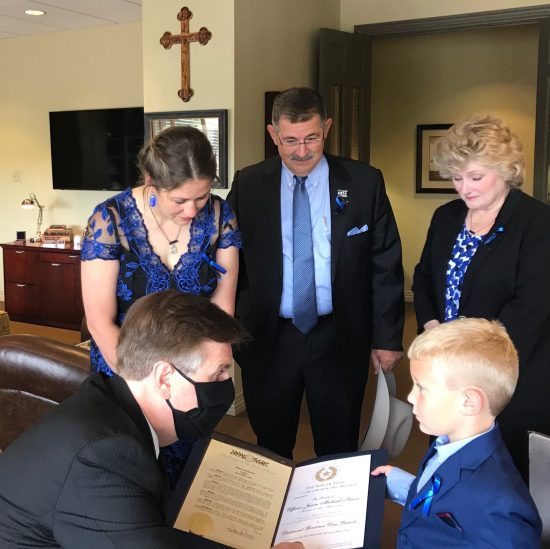 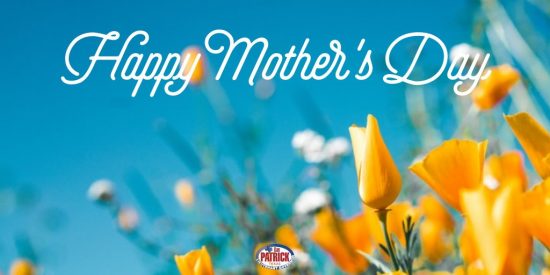 Her children rise up and call her blessed. Proverbs 31:28