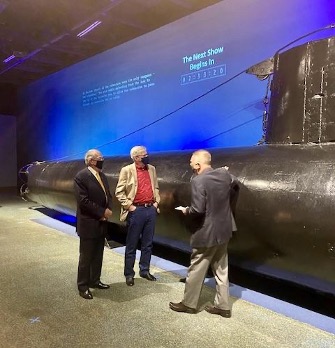 I was honored to participate in the Veterans Day program this year at the amazing National Museum of the Pacific War in Fredericksburg.  I am so humbled by the stories of the great  sacrifice that so many men and women made for our country and our freedom in World War II — overcoming evil on two fronts to assure that the world remained safe. We can never stop being grateful to all our veterans who fought in every American war.  In the photo above, I am standing with General Michael Hagee, USMC (Retired), head of the Museum of the Pacific War and John Nau, Chairman of the Texas Historical Commission in front of a 2 man Japanese submarine that was captured at Pearl Harbor on December 7, 1941.  Here is a video of the Veterans Day program if you would like to watch. 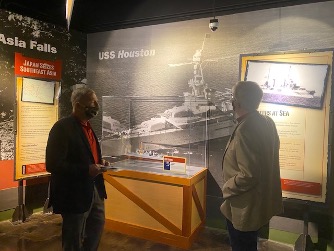 I have been to the National Museum of the Pacific War in Fredericksburg several times and this week I was joined by General Hagee.  If you have not visited the museum, I encourage you to plan a trip.  It is not only a Texas treasure, it has also been named one of the best historical museums in the country.  A great place to deepen our understanding of the meaning of Veterans Day.

I was also honored to join Governor Greg Abbott, U.S. Senator John Cornyn and Senator Dawn Buckingham at a celebration of the Combat Marine Outdoors program in the beautiful Texas Hill Country. These young men are true patriots who give us so much hope for the next generation.  Every one of their stories is inspiring, and we are grateful they have been willing to put their lives on the line to fight for our freedom.

In case you missed it — 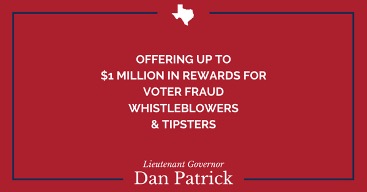 I announced yesterday that I will pay up to $1 million to incentivize, encourage and reward people to come forward and report voter fraud. Whistleblowers and tipsters should turn over their evidence to local law enforcement. Anyone who provides information that leads to an arrest and final conviction of voter fraud will be paid a minimum of $25,000.

My goal is to ensure that regardless of the outcome, every American has faith in our electoral process and our democracy. Click here to read my entire statement. 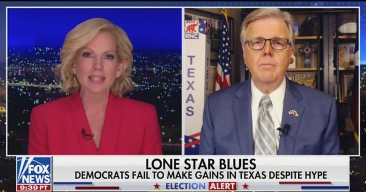 I was on Fox News @ Night with Shannon Bream last week talking about the strong Republican election win in Texas as Democrats failed to make gains.  Click here to watch. 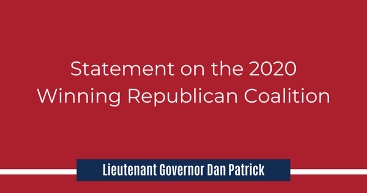 The Texas Republican majority spoke loudly last week. Despite the spending of at least $125 million dollars by out of state Democrat PACs, Texas rejected the anti-fracking, socialistic, Green New Deal and tax increases that the Democrats were pushing and instead voted for leaders who will keep the Texas economy strong. Democrats may as well have lit that $125 million on fire. Click here to read my entire statement following the Republican victories across Texas last week.