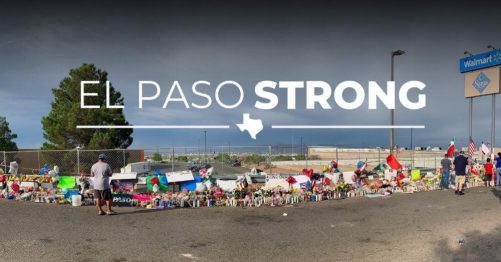 In the days following the tragic shooting, the people of El Paso began building this memorial to honor the victims who were gunned down. I saw hundreds of El Pasoans visit the site while I was there this past week.  They were quietly praying, placing flowers, lighting candles and posting loving messages and remembrances. El Paso is a beautiful and proud city, and the hearts of its people are broken.  Texas grieves for them.

Sadly, this is not the first act of domestic terrorism and mass murder we have seen in Texas. The fact that the alleged killer was a white supremacist who said he wanted to kill Mexicans only adds to this evil act.

Governor Greg Abbott and I traveled to El Paso on Wednesday to meet with the El Paso legislative delegation. We wanted to ensure that El Paso has the immediate resources to help the victims and discuss what will be needed going forward. The Governor, Speaker Dennis Bonnen and I, Senator Jose Rodriguez, who represents El Paso in the Texas Senate, along with each House member from El Paso, put forth ideas for legislative action. Governor Abbott announced that we will convene roundtables in the next couple weeks, which will include local leaders, law enforcement and experts in domestic terrorism, security and prevention as well as victims and their families, to begin crafting a blueprint to help El Paso heal and prevent terrorism and racist violence in the future. 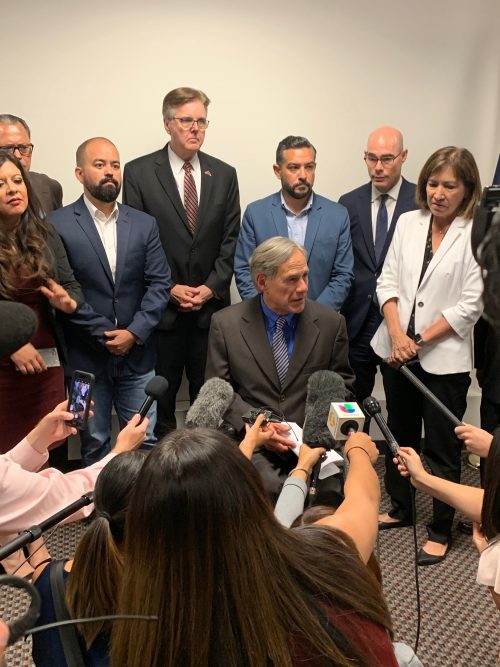 Senator Rodriguez and I gave blood in El Paso and visited a number of local hospitals.  I was reminded at the blood donation center that blood is always needed — not just at critical times like this.  Only about 30% of the public can give blood and only 10% give blood on a regular basis.  If you are able, please donate at your local blood bank. 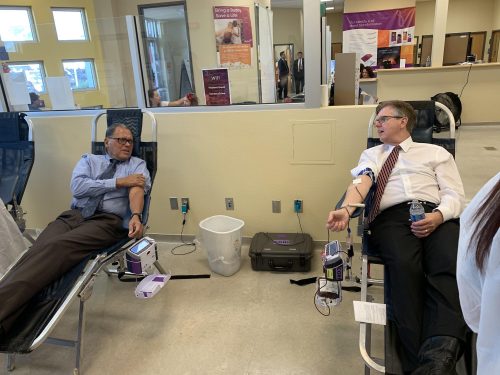 President Donald Trump was also in El Paso on Wednesday where he met with first responders, law enforcement and victims in a local hospital.  There were many news reports about protesters during the President’s visit — but, in fact, the protest was small. Everyone I talked to there in hospitals and restaurants, the blood bank and at the memorial welcomed the President and was glad that he came. I talked with Bill Hemmer and Sandra Smith on Fox’s America’s Newsroom about the President’s visit to El Paso and several issues surrounding the El Paso shooting. Click here to watch. 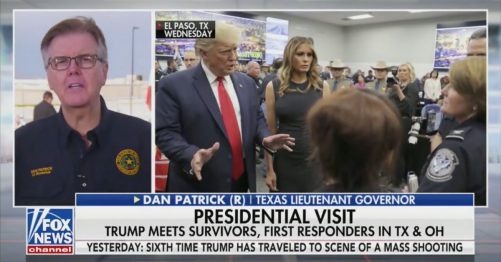 I visited with shooting victims in two hospitals on Thursday and heard heart-wrenching stories.   In addition to their own wounds, some had seen a spouse or family member killed in front of their own eyes.  Their grief was heart-breaking, but their courage and faith were truly inspirational.

I appreciate your continued support. Please continue to pray for the people of El Paso.  May God bless you, your family, and the greatest state of all—Texas.