Desperate Democrats Go All in to Impeach Trump

The campaign plan for Democrats in Washington has always centered around a phony impeachment drama and now they are moving forward with it.  It won’t work. By taking this approach, they are putting their election hopes on the line for 2020 up against President Donald J. Trump’s record of economic growth and historic job creation. This high-risk strategy by the Democrats will only galvanize and energize the President’s supporters in Texas and across the country. I also believe this will cause many independent voters and others on the fence to support the President over a Democrat Party that is trying to tear down our country because they have never accepted the fact that Trump won in 2016 and that he has been an extremely successful President.

The Facts About Background Checks

I have never shied away from controversial issues. I’ve taken heat from the left, the liberal media, and even occasionally, the right for taking a stand.  The policies we move forward as conservatives matter. I believe we need to be a party of open robust discussions on public policy. We cannot react like the left always does where they shout down and attack anyone who disagrees with them.  That’s not who we are as conservatives.  We fight for the First Amendment as hard as we fight for the Second Amendment.

There has been a lot of misinformation since I announced that I want to have a conversation about stranger-to-stranger gun sales. I know some may disagree with me on this issue, but I also know the majority of gun owners and Republicans agree with me. Here are the facts:

As a gun owner, I would not sell any of my guns to a stranger, and I don’t believe any responsible gun owner would.  But unfortunately, there are people who don’t care who they sell a gun to, even if it is someone who cannot legally purchase one. Expanding the background check to this 5 to 10 percent of all gun purchases — stranger-to-stranger — will help keep guns out of the hands of many who cannot legally purchase them.  I have made it clear that if we were to pass any legislation, it would exempt sales and transfers between family and friends.

While we know nothing we can do will stop all evil from happening or stop bad people from stealing or getting a gun from another bad person, we know background checks do have an impact. Since checks began in 1994, over three million people have failed a background check and were denied getting a gun, including over 750,000 felons who actually entered a gun store and filled out a form.

We agree that the gun is not the problem, it is the person holding it — so our efforts must be directed at making sure people who should not have guns — including criminals and those with serious mental health issues that disqualify them — don’t get guns.  Since we already know that responsible gun owners would not sell to a stranger, the question is why would we permit less than 10 percent of gun purchasers to circumvent a background check?  This policy would not have any impact on any person’s Second Amendment rights, nor would it impact any responsible gun owner.  And despite what some have claimed, it will not lead to a national gun registry because it is still a person-to-person sale where no paper work is required.

The Midland shooter had failed a background check, but he got a gun from another person.  He should not have.  He killed seven people and wounded many others.

My Second Amendment record is crystal clear.  Since becoming Lt. Governor in 2015, I’ve passed 22 pro-gun bills out of the Senate, including Campus Carry and Open Carry. I am a proud supporter of the NRA, which has given me an A rating every year I have been in office.  In 2018, they gave me an A+ rating. I stand in support of the NRA on virtually every issue, but I believe we need to discuss stranger-to-stranger sales.

I talked with Chad Hasty about background checks on KYFO Radio in Lubbock yesterday.  If you missed it, you can listen here. 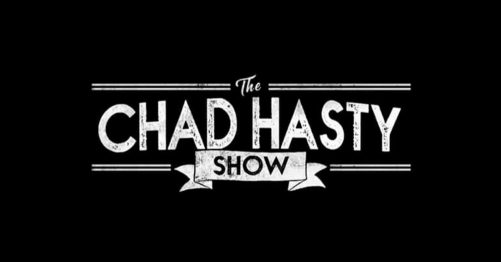 I got to know Mattress Mack during Hurricane Harvey.  He is an inspiring Christian and a great Texan who is on the front lines once again helping people deal with Imelda, which has ravaged parts of Southeast Texas. Please keep the families and communities that have begun rebuilding their communities in your prayers as they begin clean-up and recovery.  Please help anyway you can. There was a great story about Mattress Mack in the Washington Post late last week.  You can read it here.

I am proud to be your Lt. Governor and I appreciate your continued support. May God bless you, your family, and the greatest state of all—Texas.