HOUSTON – A number of public polling surveys over the past year have found that Texans support proposals by Lt. Governor Dan Patrick and other Republicans to restrict the use of women’s restrooms, locker rooms and showers to women. In a recent survey commissioned by Texans for Dan Patrick that drilled down on those attitudes, the data revealed that a majority of Texas voters, including men and women, Democrats and Republicans, urban/suburban and rural dwellers and every racial and ethnic group, agree that use of public restrooms should be restricted by gender.

Specifically, when Texans were asked if elementary, middle school or high school girls should be forced to use the same restrooms, lockers or showers at the same time as boys, 77 percent of Texans voters said no. This view is held by equal numbers of men and women and by all racial and ethnic groups. Opposition to boys and girls sharing bathrooms in public schools is highest among African-American, 86 percent of whom are opposed.

Sixty-nine percent (69%) of all Texas voters believe it should be illegal for a man to enter a women’s restroom. That includes 56 percent of Democrats. There is little difference in response to this question between male and female voters, and very little difference among African-American and Hispanics. Just one in five (21 percent) oppose this proposal. Opponents are primarily Anglos who identify themselves as liberals.

When Texans were told that some businesses believe legislation prohibiting men from using women’s bathrooms “might look discriminatory and could hurt businesses,” opinions do not change substantially as 68 percent still support the proposed law to prohibit men from entering a public women’s shower, locker room or restroom.

Finally, when informed that some college sports organizations and professional sports groups might boycott Texas if the state passed a law prohibiting men from entering women’s restrooms, almost half (46 percent) of Texas voters said they would boycott the organizations by stopping watching their televised games or purchasing their merchandise.

The poll was conducted by Baselice & Associates from November 1 – 4, 2016 shortly after several Texas business groups announced opposition to restricting access to women’s restrooms because they fear retaliation from national organizations that have threatened to boycott states that do not allow men to go into women’s restrooms if they want to. A summary of key findings is posted at http://bit.ly/2gPzrhT.

If you missed our weekly email: 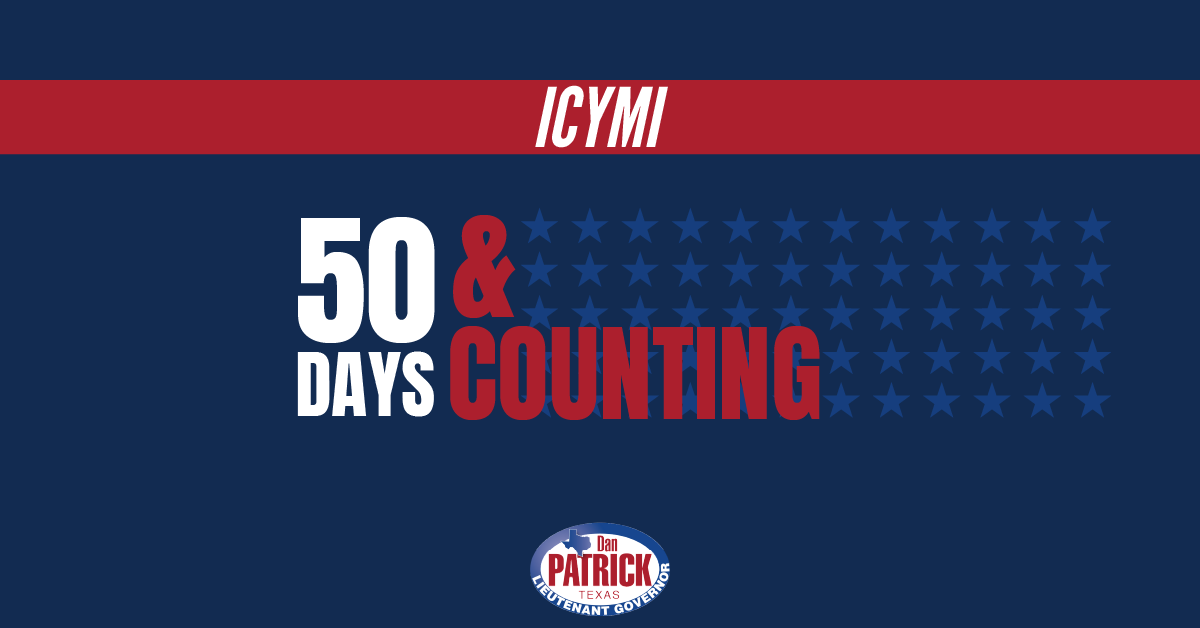 I had a great time hunting with Donald Trump, Jr., and Eric Trump this weekend.  They are great friends and avid hunters who have been traveling to T...

I was honored to attend the services today for Lubbock Fire Rescue Lt. Eric Hill. We are forever indebted to all first responders, especially those who give their lives while protecting the citizens of their community. #LubbockStrong #txlege

During the funeral service for Lieutenant Eric Hill of the Lubbock Fire Department, the president of the Professional Firefighter‘s Association ...

Religious liberty is the underpinning of our nation & Constitution, & the battle to protect that precious freedom should be fought just as strongly today as it was in 1776. Read President @realDonaldTrump’s 2020 Proclamation here: http://bit.ly/3ar2e54 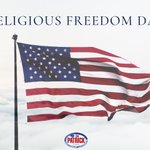