The Wickers Group, a nationally known political media firm, produced the ad for the campaign.  The ad begins airing in major media markets across Texas today.

Since arriving in the Texas Senate in 2007, Dan Patrick has authored and sponsored countless bills to secure the border while his opponents have only contributed to the problem.  Dan’s bills included requiring e-verify of employers, punishing coyotes that smuggle people across the border, repealing in-state tuition for illegal immigrants as well as prohibiting sanctuary cities.  A complete listing of Dan’s immigration record can be found at www.danpatrick.org/dan-patrick-border-champion/.

Texas voters are very concerned about the impact of illegal immigration on their personal safety as well as the Texas economy.  Dan Patrick will make securing the border a priority and will repeal the social enticements that draw them to Texas. 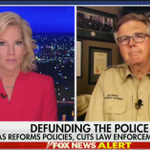 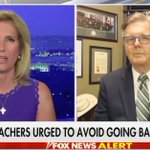 Today we remember the five brave officers who were fatally shot in Dallas on July 7, 2016. Texas has set aside this day to honor those officers and every first responder who has laid down their life to protect their community. We will never forget their sacrifice.

Will Mayor Castro Debate Me?