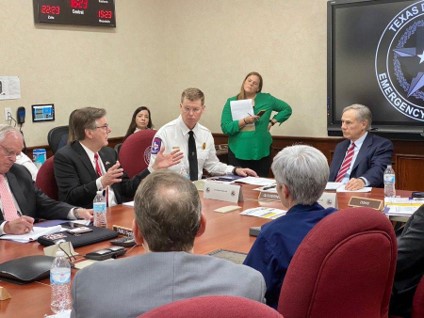 I met with Governor Greg Abbott, Nim Kidd, head of Texas Emergency Management and Admiral Nancy Knight with the CDC this week for a briefing on the steps Texas is taking to ensure we keep the risk of coronavirus low in our state. Twenty-two Texas agencies are working closely with the federal government to keep our communities healthy and secure. For updates about the coronavirus in Texas, click here. 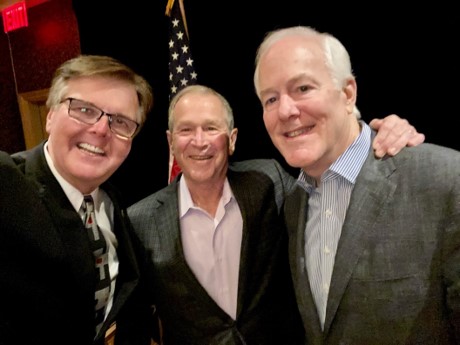 I attended a fundraiser tonight in Houston for U.S. Senator John Cornyn.  Former President George W. Bush was the speaker. 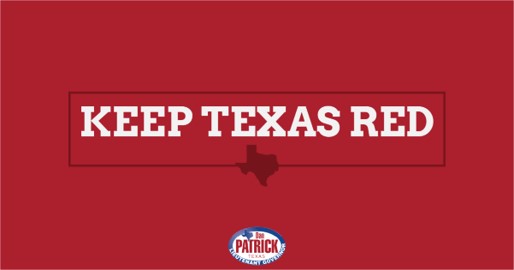 Super Tuesday is just around the corner! Let’s show the Democrats that Texas is more than ready for the battle ahead – make a plan, bring a friend, and vote to Keep Texas Red! Election Day voting hours are 7:00 a.m. to 7:00 p.m. at all polling places statewide. Click here to learn more. 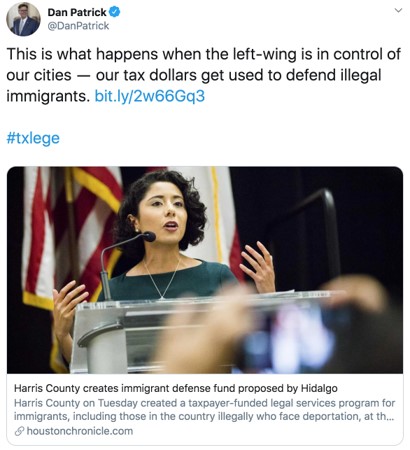 On Tuesday, Harris County approved a taxpayer-funded legal services program for immigrants, including those in the country illegally who face deportation. I am checking with Attorney General Ken Paxton to see if this policy by Harris County is in violation of Senate Bill 4, the Sanctuary Cities ban, which I passed in 2017.  This outrage is one more reason why we must defeat Democrats up and down the ballot. 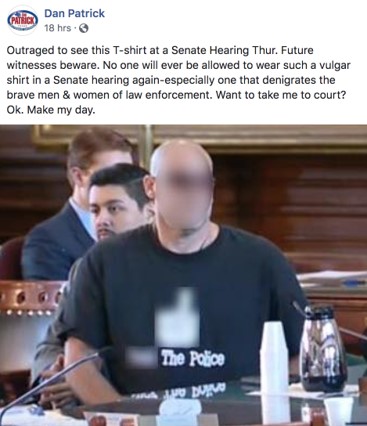 On Thursday, a man testified at a State Senate hearing wearing this t-shirt blaring F**K the Police.  His shirt was not only vulgar, it attacked law enforcement. He also used the F-word in his testimony. After I tweeted about it, Chuck DeVore, over at the Texas Public Policy Foundation, wrote this piece in Forbes Magazine. 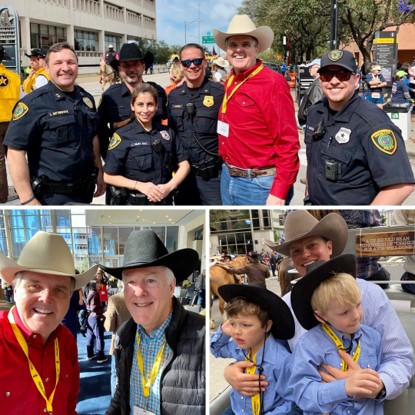 My first Houston Livestock Show and Rodeo was in 1980 when I rode with the Salt Grass Trail Ride.  Today, 40 years later, I rode in the parade with two of my grandsons.  It also was great to see our terrific U.S. Senator, John Cornyn. 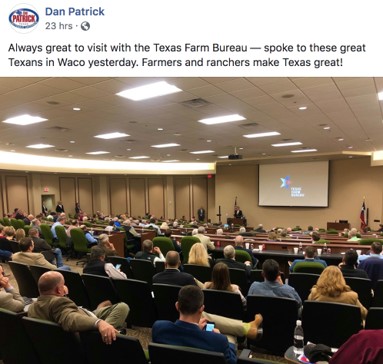 Enjoyed my time in Waco on Wednesday. Thanks to the Texas Farm Bureau county presidents for their hard work and dedication to our state.

It was great to speak to Montgomery County Republicans on Saturday for their annual Lincoln-Reagan event.  These committed conservatives are determined to Keep Texas Great and Keep America Great.

Finally, in case you missed this — 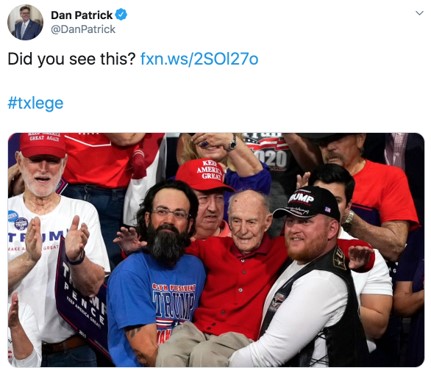 A 100-year-old World War II Navy veteran became a viral sensation overnight after a video showed a pair of Trump supporters carrying him to his seat before the president’s rally in Phoenix. Check it out.