Celebrating the Life of an American Hero

A Hero We Will Never Forget 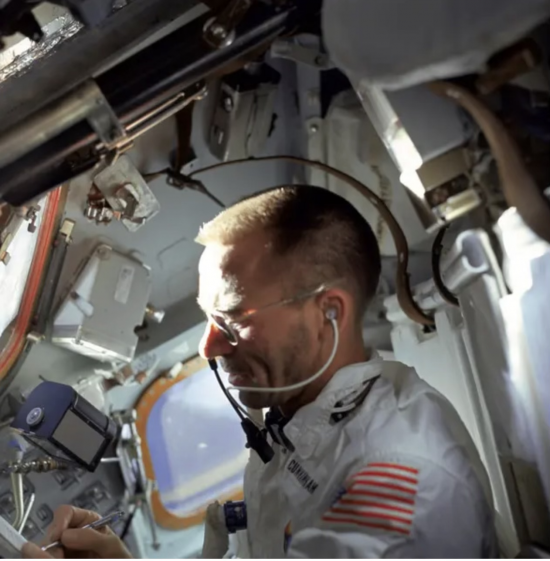 We lost a true American hero early yesterday. Walter Cunningham was a physicist, a Marine pilot in Korea, and an astronaut.

In 1967 Apollo 1 had a fire while on the pad, killing three astronauts. Walt was part of the backup crew on Apollo 1 and had been in the capsule earlier that day. The fire was a shock to our space program. There was no Apollo 2, 3, 4, 5, or 6. The next flight was Apollo 7 over a year later. Walt Cunningham was on that 3-man crew.

Apollo 7 took flight for 11 days and 163 orbits around the earth. Without the success of Apollo 7, America would not have achieved the goal of landing on the moon by the end of that decade.

I met Walt and his wife Dot almost 30 years ago through the ‘Be An Angel’ charity that serves children with disabilities. They have remained active ever since helping those children. Over the years we became close friends to the point we became family. Last year, I attended a surprise 90th birthday party at NASA for Walt.

In the 1990s, I invited Walt to do a daily radio show on my station. He did a great job on the air. He was in high demand to speak around the world on space exploration and appeared on Fox and other networks many times.

He called me a few weeks before Election Day last year and said he was ready to campaign with me on the bus even though I knew his health was failing him. I saw him last in the ICU unit last Friday.

He is an American hero, father, husband, grandfather, and true friend. He was a great man who bravely soared into the heavens — where he now resides. I will miss him greatly. It was a great honor to know him. 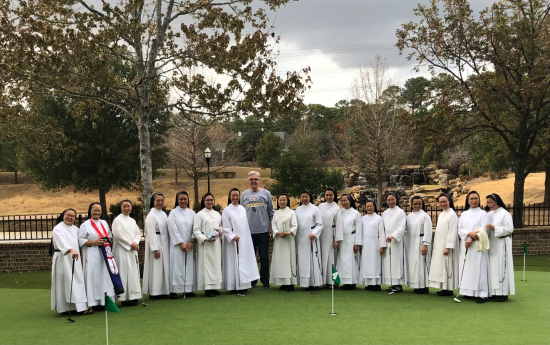 We had an extra special Christmas memory this year with a surprise encounter. I saw a group of nuns walking around our neighborhood the night after Christmas. It turned out they had a retreat nearby.

We were playing putt-putt in the backyard the night after Christmas when I saw the nuns. I asked them to stop and visit. They were Vietnamese and members of the Dominican Order. Their Convent is in Houston.

They sang Christmas carols for us. They also noticed the putting green and said they didn’t know how to play putt-putt so I invited them to play.

A few days later, 19 of them came over. They had a great time. I had an even better time! As you can see in the photos, they had fun. One even sank a 15 ft. putt for a hole-in-one! It was a joyful time.

I now have 19 nuns praying for Jan, who is Catholic, and me, the Baptist in the family. This will be a Christmas memory we will always cherish.

P.S., for those of you who are Astros fans, I discovered they are the “Rally Nuns” who pray at games. 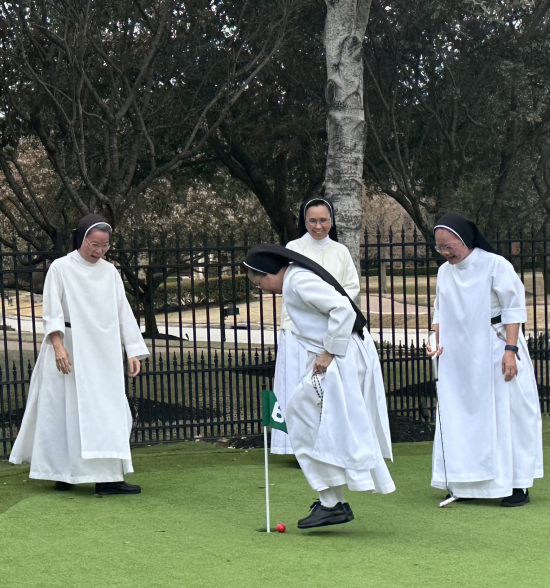 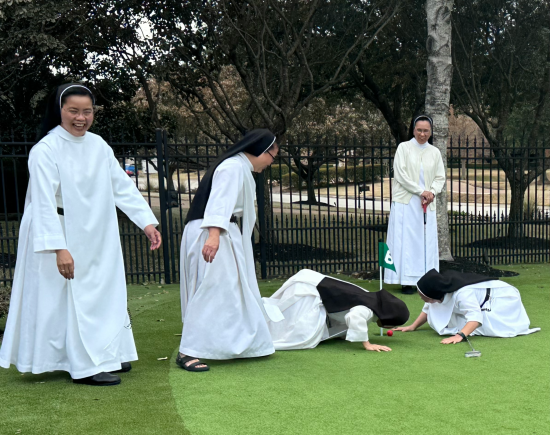 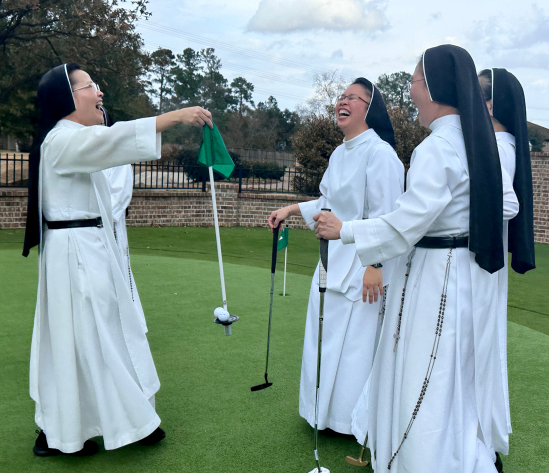 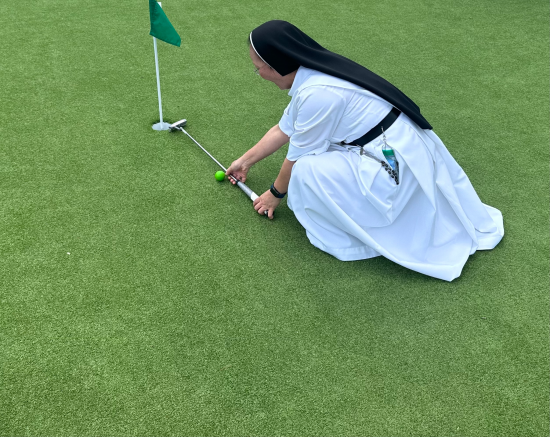 Electric Vehicles in a Nutshell 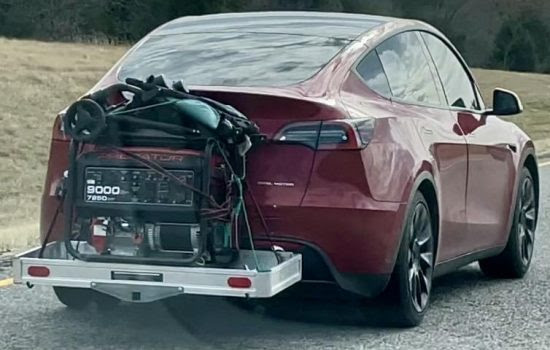 Here’s an interesting photo from Houston over Christmas. A Tesla with a generator on the back of it. It pretty much sums up EVs.

Thank you all for your support and everything you do to make Texas the greatest place on earth. May God bless you and your family, and may He continue to bless the greatest state of all—Texas.