Celebrating the land of the free

It is particularly ironic that the left-wing policy ideas that we all heard in the recent Democrat debates came just days before we celebrate our national Independence Day — July 4!  Can you imagine what the signers of the Declaration of Independence would think about the 2020 Democrats’ proposals for confiscatory tax rates, taxpayer-provided healthcare for illegal immigrants, open borders, guaranteed taxpayer-funded abortions and abolishing private health insurance altogether?  It is mind-boggling, yet there they were, raising their hands —

Following the debates, it is also interesting that the Democrats are ignoring America’s prosperity — the booming economy, hundreds of thousands of new jobs and record-low unemployment.  Democrat presidential candidates aren’t talking about the economy, but even a recent CNN poll found that 71 percent of Americans say that the economy is good — the highest share to be bullish on the economy since February 2001.

Texas is thriving because we follow the same conservative principles that guided those first great Americans 243 years ago tomorrow — life, liberty and freedom, low taxes and limited regulations, fair courts and independence for all.

ICYMI: I was on Fox Business Network last week talking about the critical border crisis. Click here to watch. 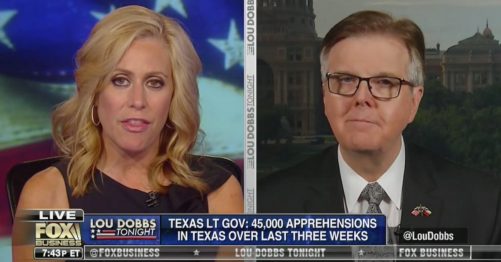 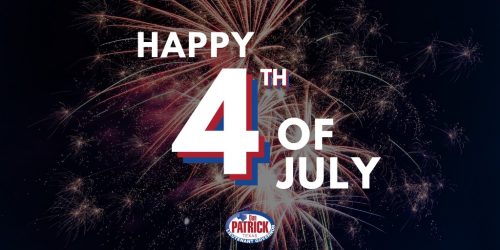 Jan and I wish all of you a happy and safe Fourth of July. I am very proud to be your Lieutenant Governor and I appreciate your continued support. Tomorrow is a very special day for our country, so we pray, especially, that God will continue to Bless America and Texas!