Barnstorm Report and the Nike Boycott

Although I have been campaigning for months, Labor Day marked the official start of campaign season. On Tuesday and Wednesday, I chartered a plane and kicked it off with an old fashioned, barnstorming press tour.  We visited 11 cities in two days.  By the end of this week, we will have campaigned in 17 cities in 5 days and spoken to over a thousand people. 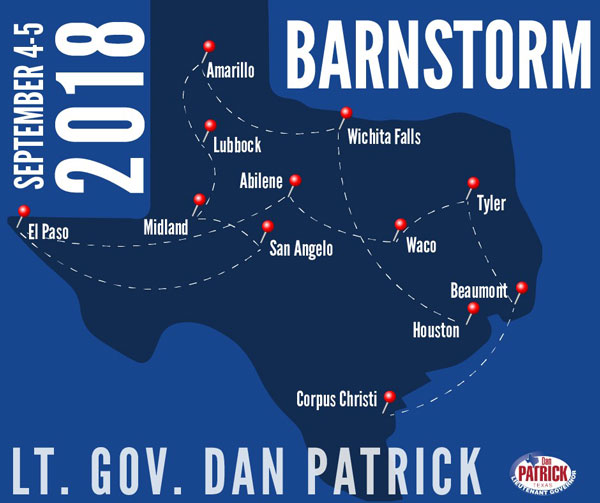 The Barnstorm Tour gave me an opportunity to talk to the local reporters about what I have accomplished as Lt. Governor and what my priorities are for the next session, focusing on the concerns of the mid-size cities and our rural areas, as well as the larger cities.  School safety was at the top of the list everywhere, and I was able to discuss my initiative to provide metal detectors and training to arm school personnel to districts that want it.  It is up to the local districts to decide.

Here are a couple snippets of the news coverage we received on the Barnstorm Tour.  The Tyler paper reported on property taxes and other education issues.  In Amarillo, I talked about the Red Tsunami that I believe will counter any Democrat blue wave that could be coming.  By the way, it was great to see the new V-22 Tilt Rotor helicopter parked on the tarmac when we landed. 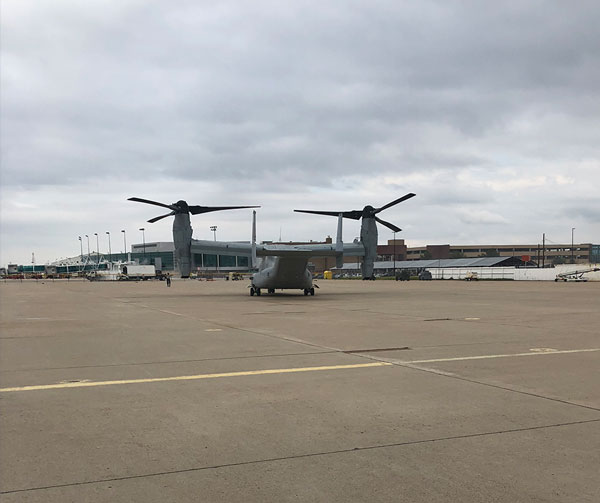 The tilt rotor is built in Amarillo and workers are trained through a career tech collaboration between Bell Helicopter, the local school district and Amarillo College.  I visited the Bell factory just last month.  Career tech is a top priority for me and Amarillo has a great model.

Of course, everywhere I traveled, keeping our border secure and property taxes are leading concerns. I discussed the details of my commitment to making sure that no local government can raise your property taxes more than 4% without a vote of the people. 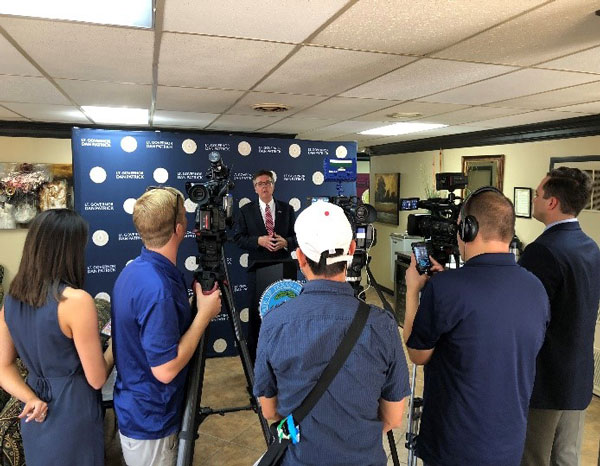 Throughout the Barnstorm Tour, I was asked about my criticism of Nike’s selection of Colin Kaepernick as the spokesman for their new “Just Do It” campaign.  It is shocking that a company the size of Nike doesn’t understand that refusing to stand for the national anthem is offensive to the majority of Americans, particularly those in uniform who have sacrificed and continue to sacrifice for our security and freedom.

We are now 46 days from Early Voting and 60 days from the Election.  I appreciate your support and all that you do.  God bless.