I was on Fox News@Night with Shannon Bream on Wednesday talking about America’s need to call on God and His love to truly heal the wounds that are dividing us.  Click here if you missed the show. 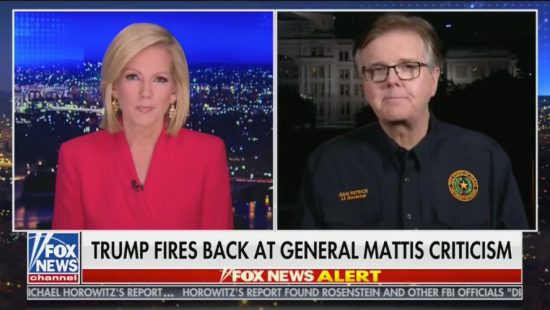 I know most of you agree with me and we don’t want this message to get lost.  I encourage you to go to my Facebook page and share this video. 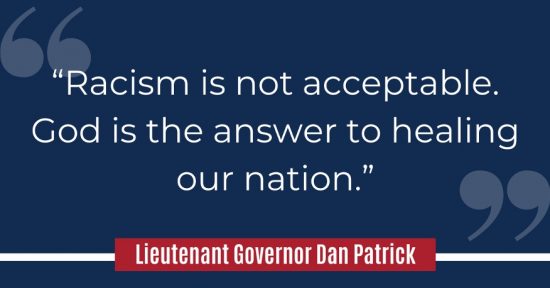 ICYMI – I issued this statement on Friday –

HOUSTON TX – Lt. Governor Dan Patrick issued the following statement today:
“I have called on the chair of Bexar County GOP and the chair-elect of Harris County GOP to step down because of their recent outrageous and racist statements on social media. The Texas Republican Party represents the majority of Texans — conservatives who are united by principles of freedom, faith and equality for every Texan. There is no room for racism or hatred, in our party — let alone in a leadership position.

“Going forward, we know that some Democrats and their allies in the media will continue to throw out charges of “racism” anytime they disagree with us on any issue. Without taking that bait, we should continue to unequivocally condemn racism where we see it in our party and in their party.

“As I have said before, in times of crisis all Texans come together. During this past week Texas has seen primarily peaceful protests, including a march of over 60,000 people in Houston. During Hurricane Harvey we were one Texas — nobody cared who was on the roof or who was in the boat. Our state has one of the most diverse populations in the world. We know there is more work to be done in bringing us all together and ensuring that every Texan is respected, treated equally and prospers.

“But we cannot do this alone. Scripture commands us to love one another as we love ourselves. We can’t do that unless we love God and put him first in all that we do. He is the answer to healing our nation.”

The move to totally defund police, or dramatically reduce their funding, has already begun in several cities across the country that are controlled by radical left-wing Democrats.  Tonight, the Minneapolis City Council pledged to defund and dismantle the City’s police department.

In fact, the cities where much of the most violent looting has occurred are cities led by Democrat Mayors and City Councils. Leaders in these cities have long wanted to take their citizens’ guns. Now they want to take away police. This policy would leave their citizens unable to defend themselves or call on police to defend them.

This is the most radical and dangerous idea I’ve ever heard. Some Democrats are speaking out against defunding the police, but many are doing whatever they can to appease the extremist left.  In fact, in case you missed it, some believe defunding police could shortly become part of the Democrat Party platform.

Update on the Democrats’ Vote by Mail Scam 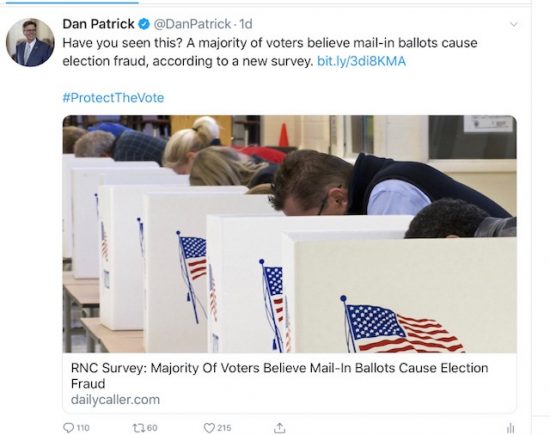 Here’s the new survey. The fact is, the further away we get from the ballot box, the greater the opportunity for fraud.

I talked with Laura Ingraham about the Democrats’ vote by mail scam.  ICYMI, you can watch it here. 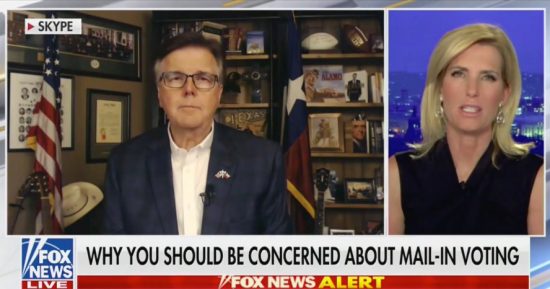 Texas won a big victory against the Democrats’ Vote by Mail Scam last week when a three-judge panel of the U.S. 5th Circuit Court of Appeals ruled against the Texas Democratic Party, who are pushing to expand mail-in voting to everyone.  As you know, Texas already allows the disabled, those over 65 and those who are out of the city or county during an election to vote by mail if they want. Texas election laws will continue to be determined by those you elect to public office – not by the courts.  Here’s one of my favorite lines from the 5th Circuit opinion:

“But because the spread of the Virus has not given unelected federal judges a roving commission to rewrite state election codes, we stay the preliminary injunction pending appeal.” 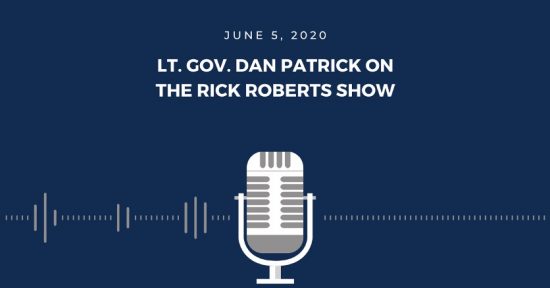 Had a great conversation with my friend Rick Roberts on WBAP in Dallas on Thursday.  We talked about the protest marches and other Texas issues.  Click here to listen.

Have you seen this? An unidentified Houston police officer was caught on tape comforting a little girl during a protest march last week. 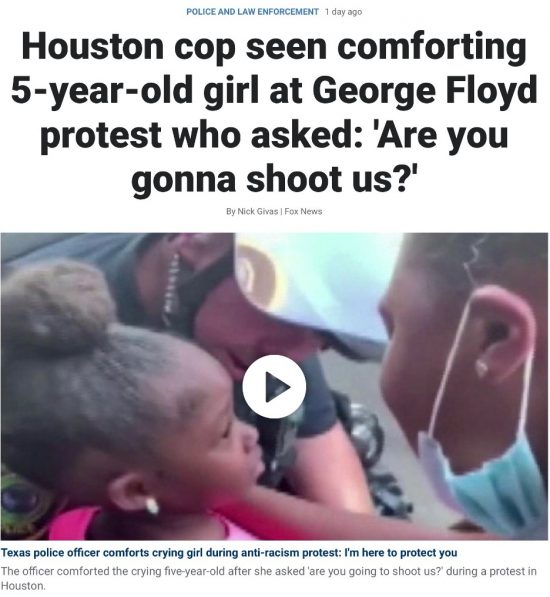 Please keep our state and our nation in your prayers.  May God bless you and your family, and may He continue to bless the greatest state of all—Texas.