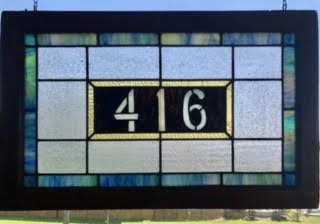 Never in our lifetimes have we celebrated Easter as we did today. Who could have imagined that virtually every church in America would be closed for in-person worship, let alone on Easter Sunday?

You have probably read or heard about the dying church in Europe. America is also seeing a steep decline in church attendance and religious belief. A year ago at Easter, Gallup released a poll showing that decline.

U.S. church membership was 70% or higher from 1937 through 1976, falling modestly to an average of 68% in the 1970s through the 1990s. The past 20 years have seen a 20 percentage-point decline, with more than half of that change occurring since the start of the current decade.

The decline in church membership is consistent with an increasing proportion of Americans with no religious preference. 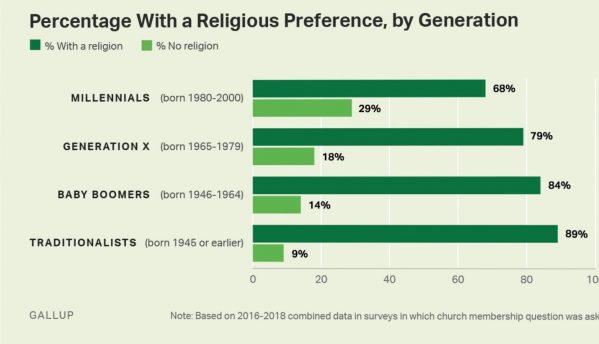 Many reasons are credited for this decline, starting with taking prayer out of schools. There is a continual attack on religion and prayer by those against any reference to prayer or faith in any public setting directly or indirectly. Whether it’s in a government building, a graduation ceremony, or at a Friday night football game, we must constantly fight to protect our religious rights guaranteed under the Constitution against those who try to pervert and twist those same words to suit their anti-God cause.

It’s been said that one of the major reasons people are turning away from God is they are too distracted by other things – endless time on the internet and cell phones, being immersed in a celebrity culture, the addiction to watching sports, binge watching episodic TV series, and the pursuit of happiness by buying more stuff and trying to keep up with others in our circle of friends.

There was a movie made in 1950 entitled “The Next Voice You Hear” about God speaking to the entire world for a week over the radio. It was during the Cold War, amidst fears of a nuclear attack that could destroy the world. It was about a family who discovered how distracted they were by their everyday lives and the anxieties they lived with each day.

It was only 5 weeks ago today, March 8th, that Americans were going about their lives as usual. A few days later, March 11th, our country began to shut down as the fear of COVID-19 suddenly gripped the nation to the surprise of many, including Dr. Anthony Fauci. Did you know that Dr. Fauci said this virus posed no threat to America on January 27th of this year?

Just weeks later, he said models showed over 2 million Americans could die from the virus, and then a few weeks after that maybe a 100,000 to 200,000, and now maybe 60,000. Dr. Fauci is an accomplished doctor, but he’s not infallible. These changing predictions on inaccurate models have only led to more uncertainty and anxiety for people.

For weeks now, most of Americans have been staying in place at home. And while I know not every home is quiet during this time, there is no question people have more quiet time to think about the world around them. The 3 major questions most people ask at some point in life are: Who Am I, Why Am I Here, and Where Am I Going?

This is the time for not only a physical health checkup, but also for a spiritual checkup. With most churches closed, live-streaming church services seem by all accounts to be at an all-time high – higher than if only their members were watching. In other words, new people are tuning in and seeking answers.

I’ll never be able to prove this, but I think and pray that more people may have accepted Jesus Christ into their lives on this Easter Sunday than ever before.

I know that some people, including the God haters, ask the question, “Why did God let this happen?” He didn’t. God didn’t bring death into the world. Death came into the perfect world that God had created through the sin of Adam in the Garden of Eden. That is why Jesus came to earth and died on the cross, so we could be forgiven of our sins. When you hear the term Christ has defeated death, He has. (The last enemy to be destroyed is death. 1 Corinthians 15:26) He rose from the dead. For those who accept Jesus in their hearts and follow Him, we will rise again. This life is only temporary. Life with Him is eternal.

If you haven’t accepted Christ in your life, I hope you will today by praying this prayer:
Jesus, I am a sinner. Forgive me for my sins. I believe you died on the cross for my sins. I love you, Jesus, and I invite you into my life and my heart. I will follow you as my Lord and Savior.

I want to leave you with a story and a song. I grew up in one of those 12-foot-wide marble step homes in Baltimore, 416 S. Oldham Street.  If you have never been to Baltimore, you have probably seen homes like that in a movie or on the news. My family lived in that home since it was built around 1904. When my grandmother died, and the house was sold in the 1980’s, I took out the stained-glass window, common in so many homes that were built at that time, as a remembrance.  It has hung in my home ever since, as it does today.

My dad also grew up in that house.  Throughout the last 18 years since he passed, the number 416 has come up so many times. My family and a few close friends know how I have documented that uncommon number coming up in various ways my life. I don’t know what it means, but every time it does, it reminds me of my parents, who were also believers. It reminds me that God is watching over me.

Yesterday, I told my social media team I wanted to write a special Easter message today and wanted to include a Christian song I have loved for 40 years. I found it on YouTube today and was astonished to find the recording was 4 minutes and 16 seconds long. It’s another one of those 4:16 coincidences in my life, and a reminder to me it was the song God wanted me to share with you today.

We will get through this time of fear and uncertainly by standing on the rock of our faith in Jesus Christ. He is the Way, the Truth and the Life, and He died on the cross for you and me. 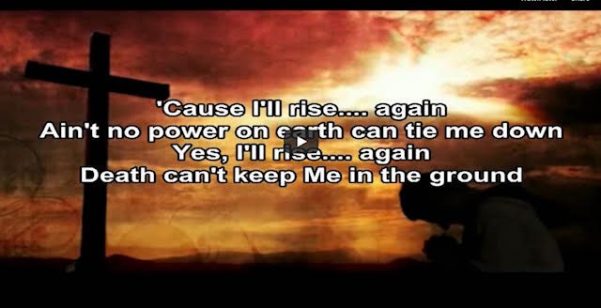 Please keep those who are serving on the frontlines during this pandemic – our medical professionals, first responders, grocery workers and so many others – in your prayers.  May God bless you and your family this Easter.