About that Blue Wave

History was made Tuesday night in Senate District 19 — the sprawling 17 county district anchored in South San Antonio — when Pete Flores was elected the first Republican state senator in 139 years and the first Hispanic state senator ever. Senator-elect Flores, a hardworking and committed conservative, won the election 53% to 47% in a Democrat-dominated district that Hillary Clinton won by 12 points in 2016.  As for that much-talked about blue wave — it appears the tide is out.

Flipping this blue seat to red made big news around the state.  I don’t read a lot of mainstream media, but the headlines about the Republican victory in SD 19 were terrific.  My two favorites were:

I also saw these:

And finally, in the Houston Chronicle this morning, “Texas Democrats Should Be Demoralized.”

The message of Pete Flores’ victory is clear. If Democrats think Texans are going to vote for any candidate who supports open borders, more abortion, higher taxes and efforts to take your guns away, they are wrong.

Pete’s election gives us 21 Republican senators in the Texas Senate.  It’s the first time in history for that too!   Here are some shots from the victory celebration. 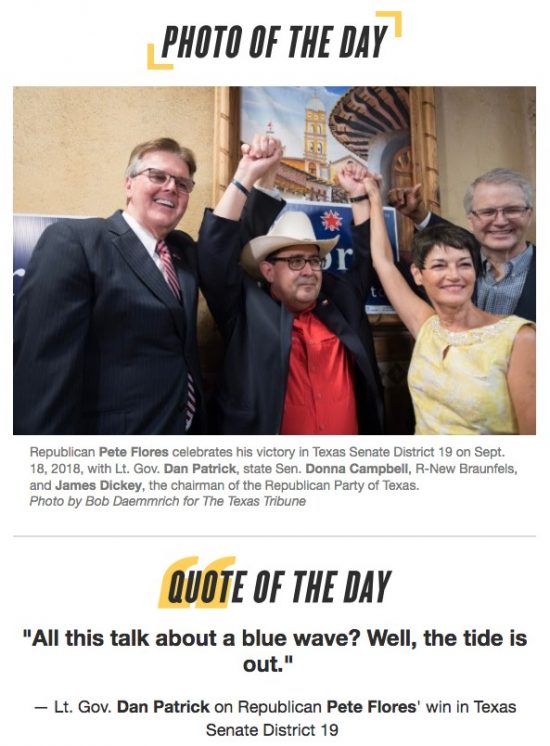 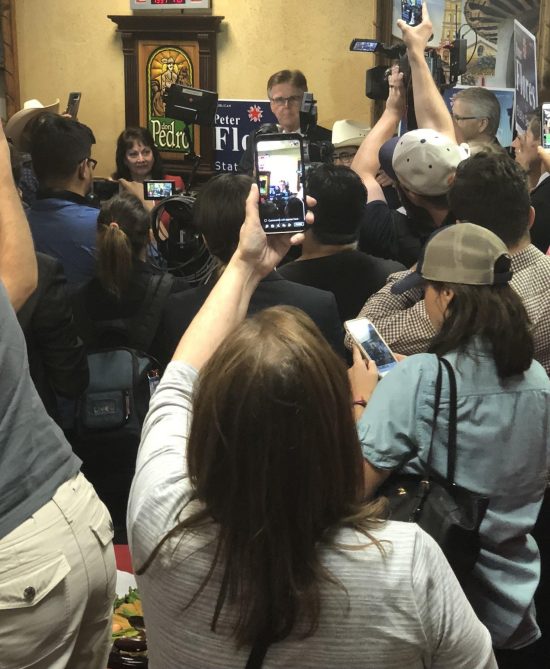 Faith, Family & Freedom
I spoke to the Christian Values Summit in Spring at Grace Community Church last week where the focus was faith, family and freedom. There was a great turnout and it was an honor to be there.  Great energy and spirit in the crowd. 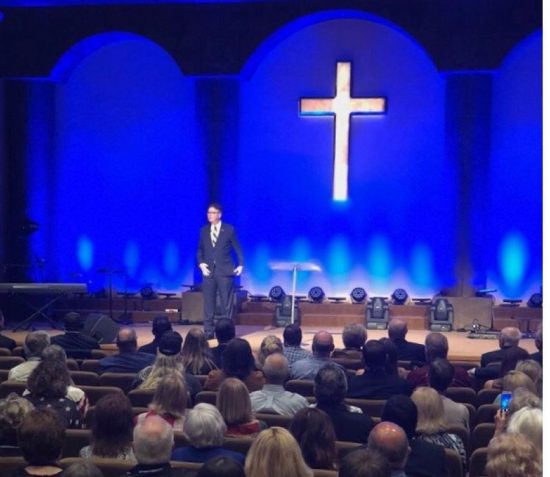 Threat to Career Tech
Texas industry leaders tell me that there are over a million jobs available in Texas for workers who have the right training.  That is one reason I have long been an advocate of Career Tech programs for students who don’t want to attend a four-year college.  We passed Senate Bill 22 last session to expand those programs.  Last week, I learned there was a proposal to reduce some of these programs in cosmetology, which would be a huge mistake, and I do not support the change.Here’s my official statement on that issue.

A Great Award for a Great Friend
I was honored to join Mayor Rudy Giuliani, Congressman Pete Sessions and Dick Scott in Dallas earlier this week to honor my friend Roy Bailey, who has been awarded the Governor William P. Clements, Jr. award for unwavering commitment and dedicated service to America.  Roy is a great Texan and a great patriot. 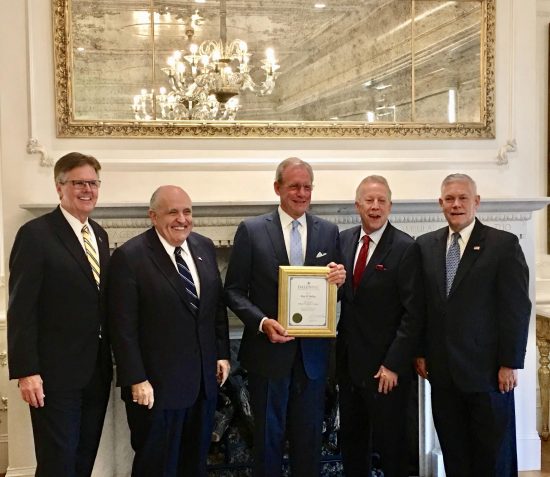 ICYMI — Conservative Conversation: The Defenders of the Alamo are Heroes
The heroes of the Alamo sacrificed their lives for freedom and liberty, and our Texas values. They are indeed heroic. Learn more in my new radio conversation here. 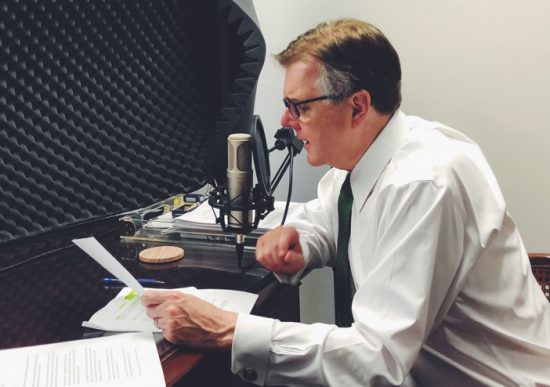 Thank you for your continued support. I am proud to be your Lieutenant Governor. May God bless you, your family, and the greatest state of all—Texas.