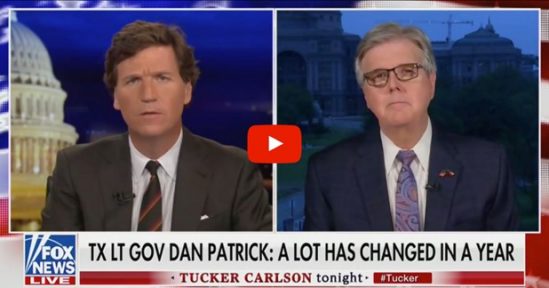 It’s been a year since I was on the Tucker Carlson show talking about the need to keep our economy open while we fought the spread of COVID-19. Despite the media blowback, when you compare what happened in Texas to the states that locked down – some are still in lockdown – it is clear I was right.  I joined Tucker on his program Wednesday to talk about it. Click here to watch.

It is a totally different America than it was when I appeared on Tucker’s show a year ago.  At that time:

This is the first time we are going through a dark period when we appear to be coming out weaker.   We are being led by a President who is beholden to the left – and the left hates America. They are creating an anti-American culture.  They used fear to win the election and they continue to use fear to take away our freedom and liberty.  They are taking us down the road of chaos.  We see it at the border and we see it in the streets of too many cities.

Where do we go from here?  Are we on the road to perdition? If left wing socialists win, the answer is yes.  But I don’t believe the American people are going to let that happen.  I believe in the country – in Texans and Americans – and I believe we will rescue the country from the left.  Most Americans don’t hate our country, they believe in our greatness. But we must defeat the left. 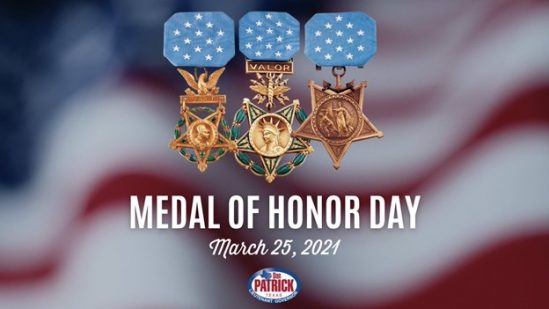 On Thursday we celebrated National Medal of Honor Day. Here are this year’s recipients who exemplify the values embodied in the Medal of Honor: courage, sacrifice, commitment, integrity, citizenship, and patriotism. 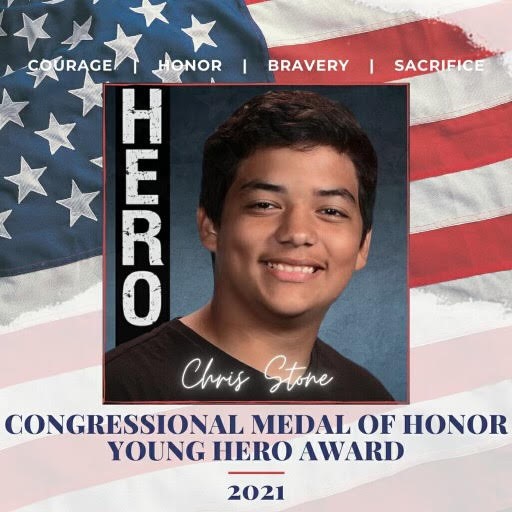 On May 18, 2018, a student brought a gun to his high school in Santa Fe, Texas. Eight students and two teachers were killed and 13 were wounded.

Several students were trapped in an art classroom. One student, Chris Stone, a member of the football team, sacrificed his life to save his friends by shielding them from being shot. He died in the arms of a fellow teammate whose life he helped save.

I attended Chris’s funeral. He was an avid Dallas Cowboys fan and was laid out in a Cowboy casket. Many in his family wore Cowboy jerseys to honor Chris.

His father had also played football at Santa Fe when he was young. Players, dressed in their jerseys, from both his father’s team and Chris’s team came together to deliver a moving tribute to Chris.

I became friends with the family and I arranged a visit to a Cowboy practice to meet Jerry Jones, Dak Prescott and others. They have stayed in touch with me since then and this week Chris’s Mom proudly sent me a note that Chris was given a very special honor on Medal of Honor Day. Click here to read the story.  Please keep Chris’s family in your prayers.

I had a great time speaking to the Texas Young Republicans Legislative Dinner in Round Rock last week.  Their theme for the evening was “Happy Warriors.” These hard-working young conservatives are energetically working to grow our party and make sure we come back strong in 2022. 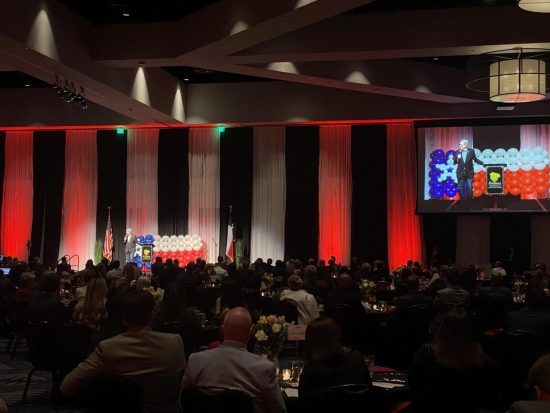 It was great to see my good friend (Six Million Dollar Man & Fall Guy) Lee Majors on my way home from the Capitol this weekend. Lee is a good conservative.  We met at a Republican event about 8 years ago and have been friends ever since. He left Hollywood for Texas a long time ago. 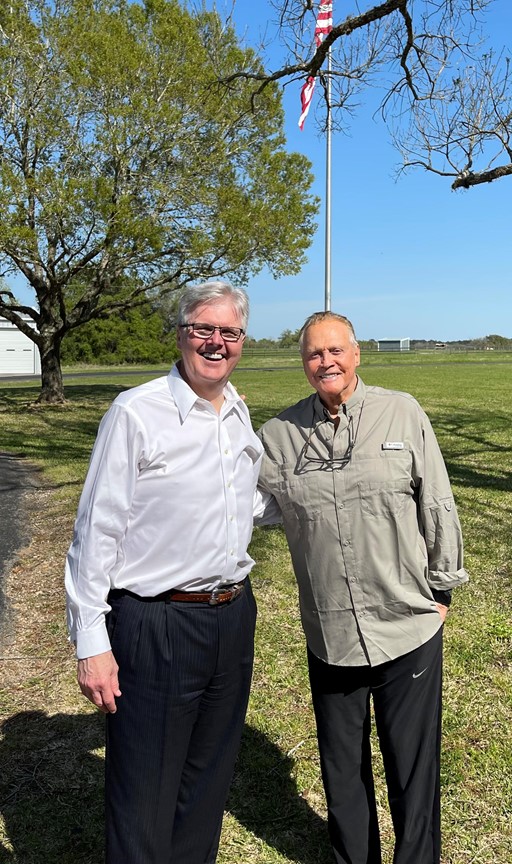 Please join Jan and me in praying for DPS Trooper Chad Walker who was shot last night along Highway 84 near Mexia.  He is in critical condition at Baylor Scott-White Hillcrest Hospital in Waco.  His assailant is still at large.  Trooper Walker and his wife have a 15-year-old son, twin 7-year-old daughters and a 2 month old daughter.  Our dedicated law enforcement officers risk their lives for us every day.  As you pray for Trooper Walker and his family, pray for all our brave law enforcement officers.  We must never forget to back the blue.

Please also continue to keep our state and our nation in your prayers. May God bless you and your family, and may He continue to bless the greatest state of all—Texas.