A Year After Harvey, A Special Election & A Prayer for Heroes

A year ago, Hurricane Harvey dumped over 50 inches of rain on Texas, damaging or destroying 135,000 homes and affecting over 13 million people. It was the largest natural disaster in our country’s history.

Many Texans are still in the painstaking process of rebuilding their homes, their communities and their lives.  As I said at the time — Hurricane Harvey was “the worst of times” for us in Texas, but it was also “the best of times,” because we showed the nation and the world what it means to be Texas Strong. 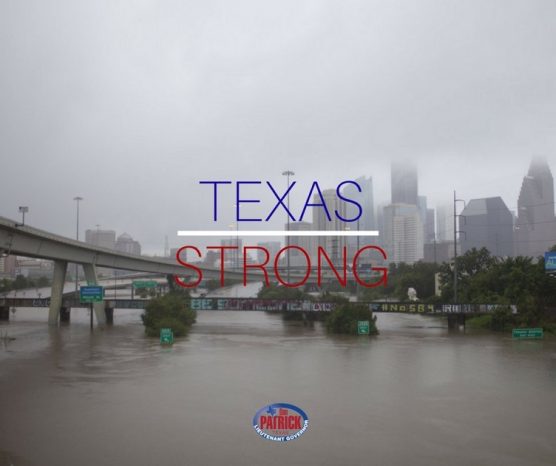 A great deal of work and rebuilding has happened across the devastated areas in the last year.  I am committed to completing the rebuilding, as well as seeing new dams built and improving flood control. It will take the federal, state and local governments working together to make the changes we need.

The spirit, commitment, and courage of those who were impacted by the storm and those volunteers who came to help in the rescue and rebuild effort is something I will never forget. I have never been prouder to be a Texan.  No one in the boat cared who they were rescuing and no one who needed to be rescued cared who was in the boat. We were One Texas.

Governor Greg Abbott has set September 18 for the Run-Off in the Special Election for the Senate District 19 seat, which became vacant following the resignation of Democrat Carlos Uresti.  Senate District 19 is a 17-county district that is anchored in San Antonio.  Although Democrats have held this seat for decades, on July 31, Republican Peter Flores finished the first round of the Special Election in first place in an 8-person race.  Pete is a hardworking, principled conservative and this is a great opportunity to flip this seat from blue to red and add another conservative Republican senator to the Texas Senate.

Normandy:  A Prayer for the Heroes Who Died Fighting for Our Freedom

This past week, I had the privilege and honor to lead a prayer at the Normandy American Cemetery and Memorial. I last visited the cemetery about 20 years ago. This hallowed ground has a profound impact on everyone who visits, knowing the sacrifices that were made for us there.

The cemetery is on a bluff overlooking Omaha Beach,  just above where our men broke through on D-Day. It covers 172 acres with 9,387 graves.  Just before I began my prayer, the National Anthem was played over the grounds. There were a thousand or so visitors at the Cemetery and everyone stopped and stood at attention. Cemetery officials estimate that only 15-20% of their visitors are American, as the majority of their visitors come from across Europe.  I was struck by the fact that some American athletes don’t believe they need to stand for our National Anthem, but people from across the world  obviously understand the sacrifice that was made for freedom and liberty that day.

I was given a name of a Texan buried there. I found his grave and those of many other Texans as I walked through the endless uniform rows of white crosses.  I hope to find his family members and give them a flag from the cemetery and a photo of his cross. 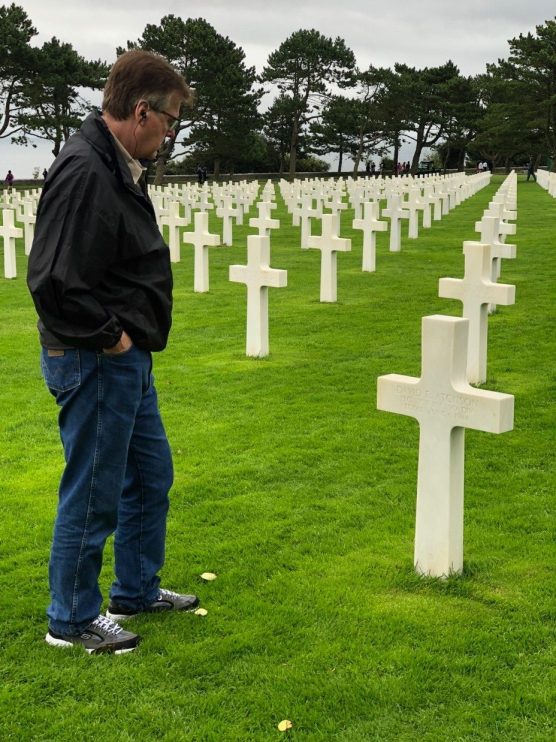 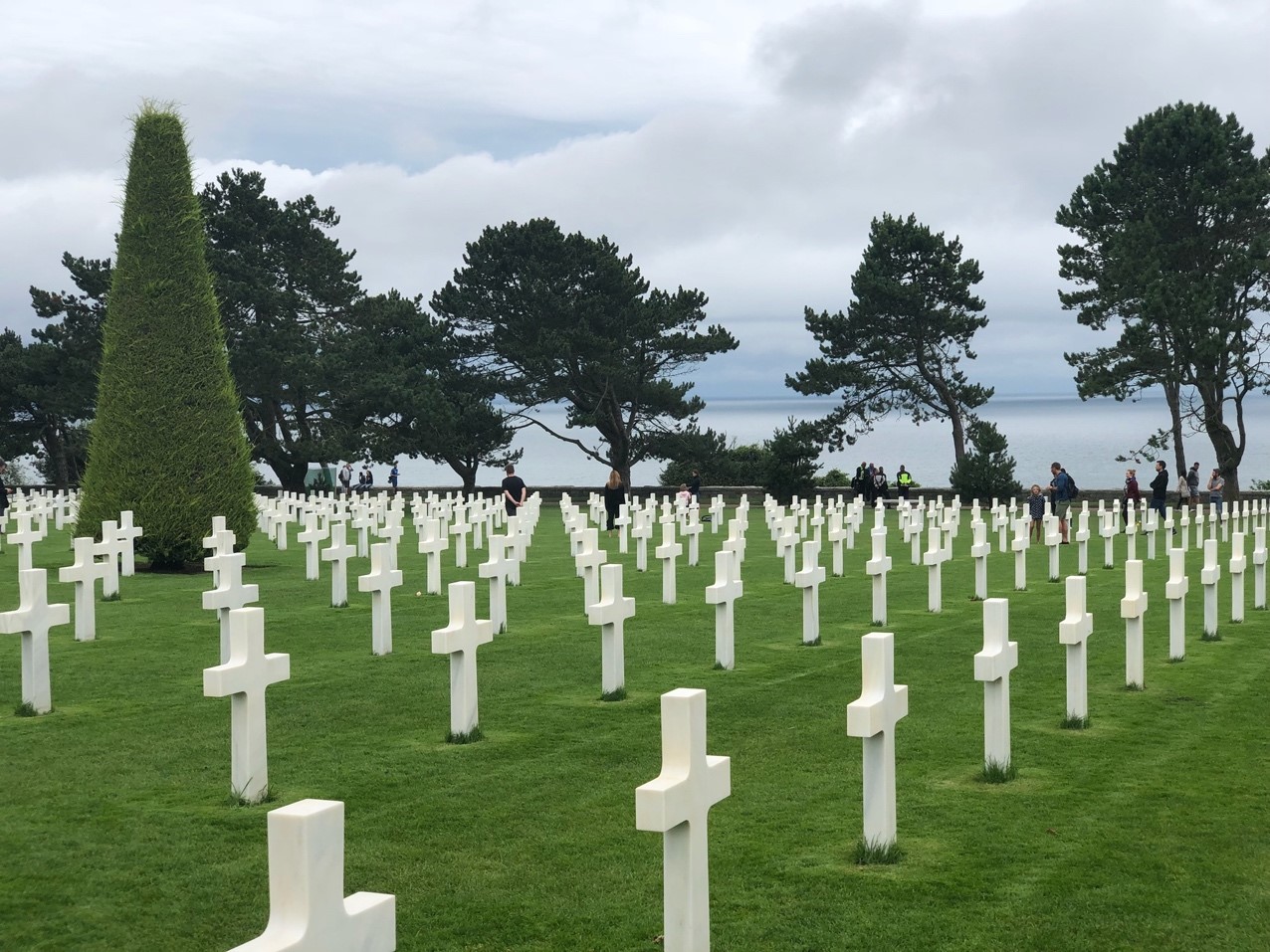 One photo cannot begin to capture the solemnity of this sacred place.  In this photo you can see both the cemetery over Omaha Beach and the English Channel in the distance. The beach was peaceful the day of my visit, but on that fateful day nearly 74 years ago, this was the sight of one of the bloodiest battles of the war.

Thank you for all that you do and for your continued support.  May God bless you and the great state of Texas.