In May, I attended as many of the funerals and memorial services that I could for the students and teachers who lost their lives in the shooting at Santa Fe. Like Hurricane Harvey and the church shooting in Sutherland Springs, this tragic loss of life was heart-breaking for me and for all of us. But I continue to be inspired by the faith and courage of those who lost so much.

Every service was special, but one was very unique and had a lasting impact on me.  When I walked into the service for Chris Stone, who was a member of the football team, a great student and a terrific young man, I saw that he was being buried in a Dallas Cowboy casket. The casket had every Cowboy Super Bowl win on the side. His parents and friends were all wearing Cowboy jerseys. According to Chris’s father, who is also named Chris, and Rosie, his mother, nothing made their son happier than the Dallas Cowboys.

At the end of the service the pastor, who played quarterback at Santa Fe in 1998 with Chris’s dad, asked about twenty other former Santa Fe players, now in their late 30’s, as well as the coach, to come up and surround the dad. He then invited the current players on the Santa Fe football team who played with Chris to come up. It was a profoundly moving moment.

I asked Chris’s dad if he and the family would like to attend a Cowboy practice in a few months. He said yes, so I reached out to Jerry Jones, owner of the Dallas Cowboys, and asked him to host the Stone family along with the Farris family. Hunter Farris, a teammate of young Chris, held him in his arms as he took his last breath on the day of the shooting. Those two families are now one. Jerry Jones said yes, of course. He was deeply touched by the story I told him.

We visited the amazing Dallas Cowboys facility in Frisco. Jerry Jones, Coach Jason Garrett, Quarterback Dak Prescott, Linebacker Sean Lee and other team members gave the families a day they will never forget as the Cowboys honored their son. The pain of their loss will always be there, but for a few hours, they had a moment to celebrate his life with the players and team he loved most.

I thank Jerry and the Cowboys for an amazing day. Jerry introduced the families to the crowd and when we left the field it was to the chant of Santa Fe Strong.

Here are some photos I want to share. As the new school year begins, please keep this family and all of the families at Santa Fe who lost loved ones in your prayers. 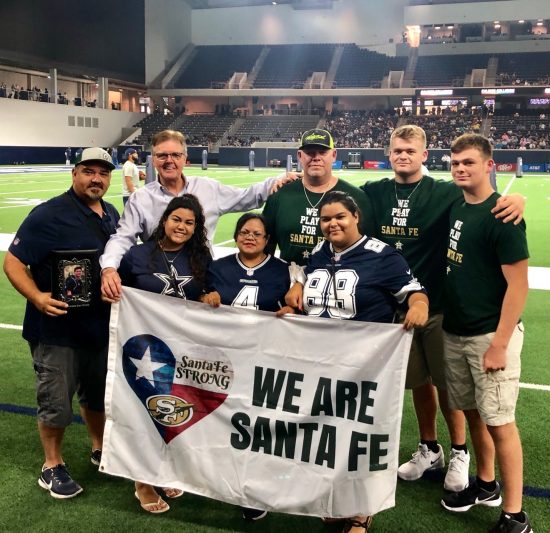 We are Santa Fe Strong. 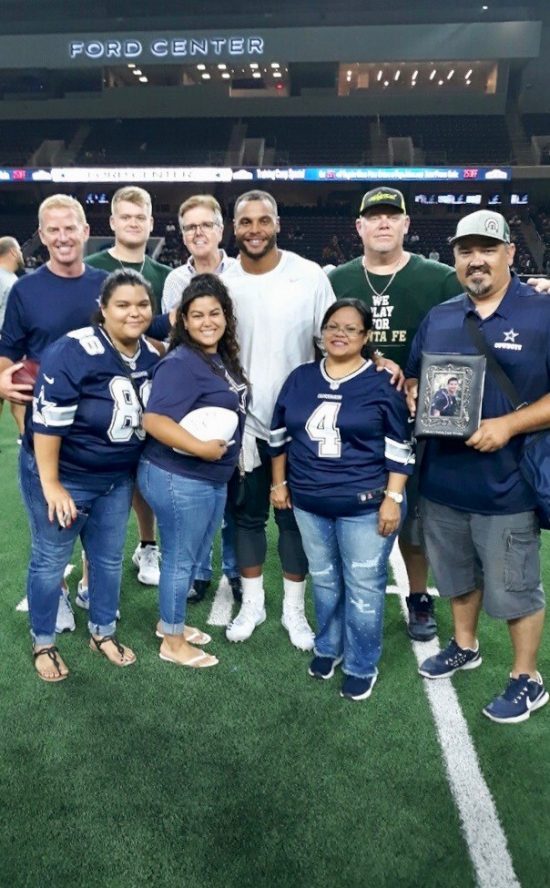 The Stone and Farris families with Dak Prescott and Coach Garrett. 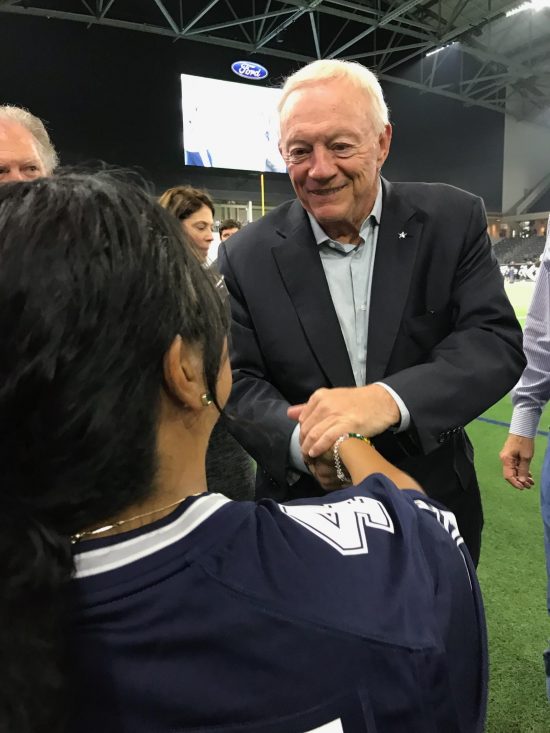 Jerry Jones was a gracious host for the Stone family. He was clearly touched by their story and Chris’s passion as a Cowboy fan. 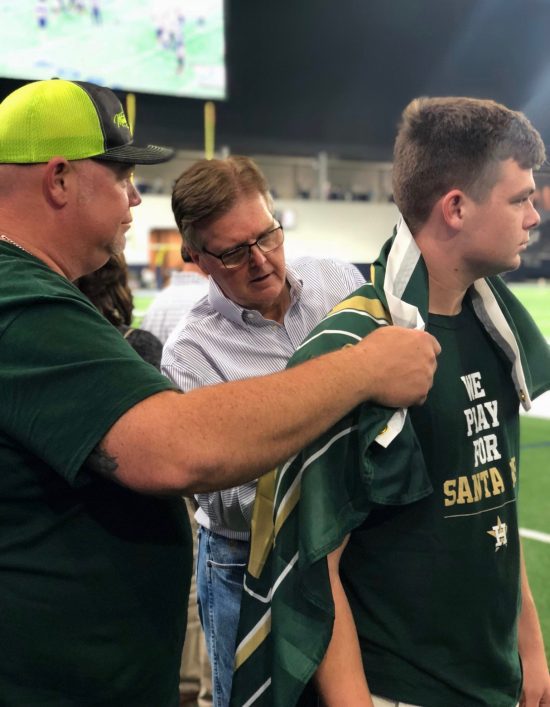 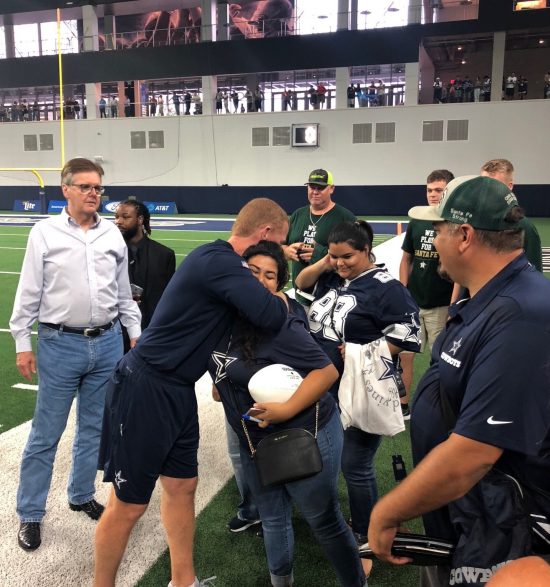 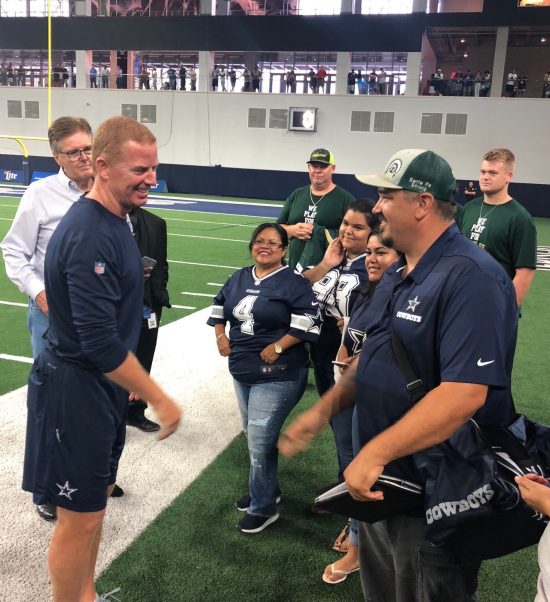 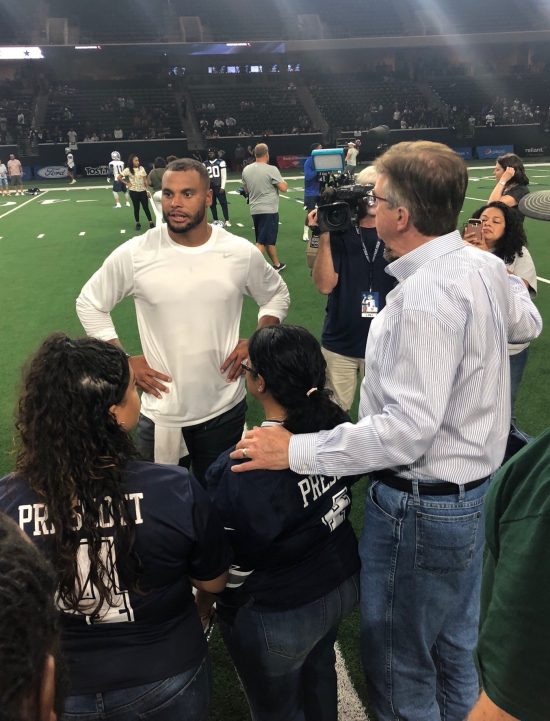 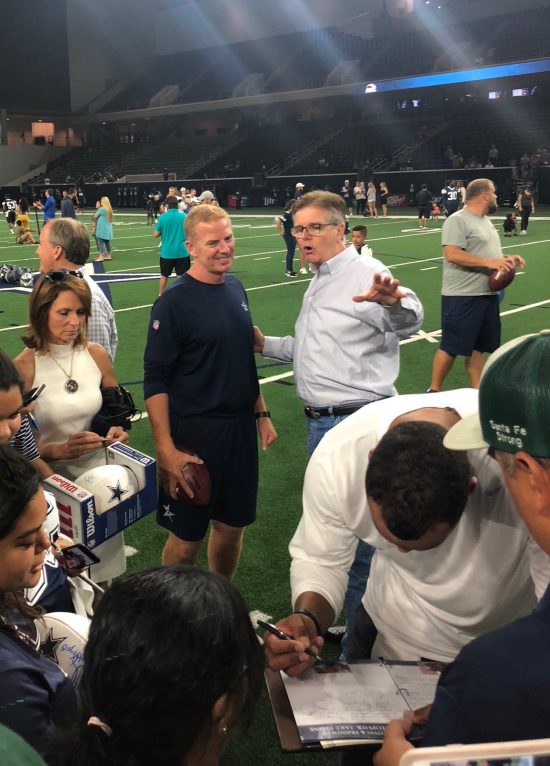 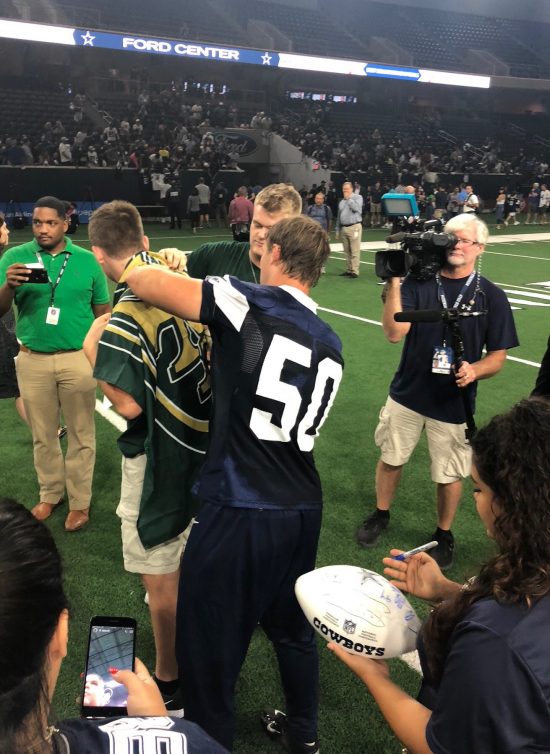 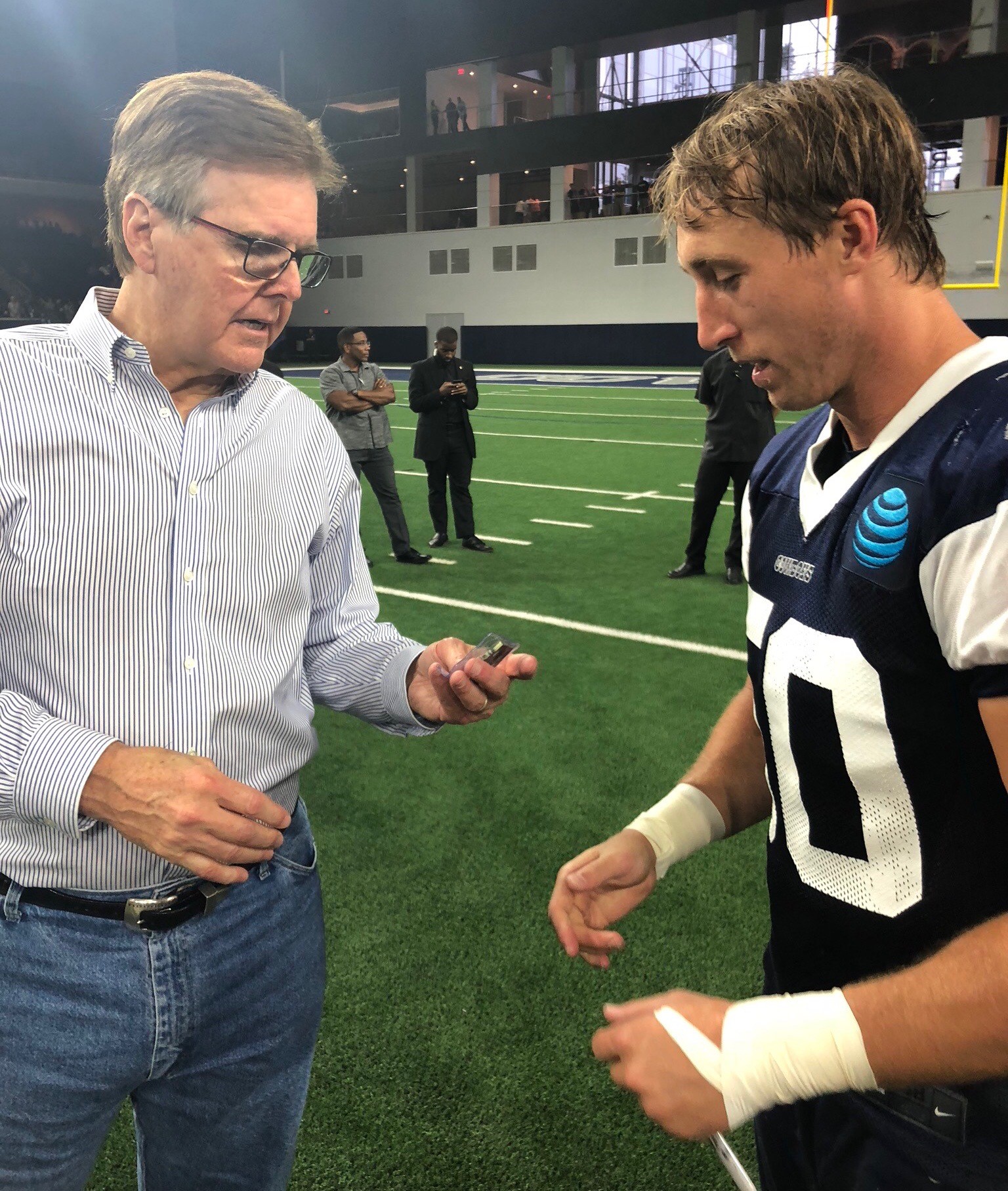 I presented Linebacker Sean Lee with my Lt. Governor coin — He offered to help the family moving forward.