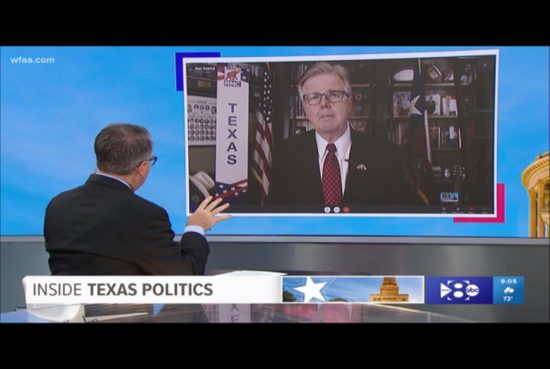 It was an amazing week that began with the Republican National Convention and included a major hurricane. I talked about the RNC and several other issues this morning with Jason Whitley on WFAA’s “Inside Texas Politics” show in Dallas.  If you missed it, you can listen here. 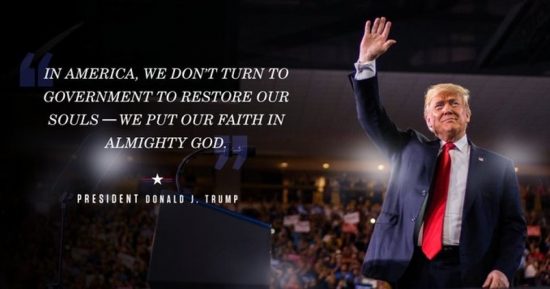 I hope you all watched our fantastic Republican National Convention. What an inspiring and hopeful contrast to the doom and despair the Democrats put out.  There were many great lines in President Trump’s speech on Thursday night, but the one above is one of my favorites. 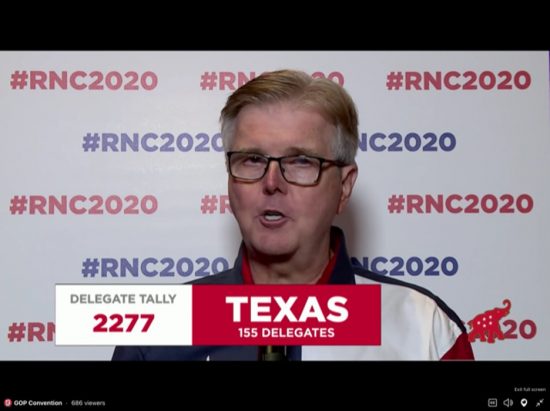 I was in Charlotte, North Carolina on Monday where I officially cast Texas’ 155 electoral votes to nominate Donald J. Trump for President.  If you missed it, you can watch it here.

Never in the history of Republican Conventions has the pro-God, pro-life message been sent so clearly.  The future of America and the world is on the line in November.  For the next 64 days we must all make the President’s re-election and Keeping Texas Red our top priority. 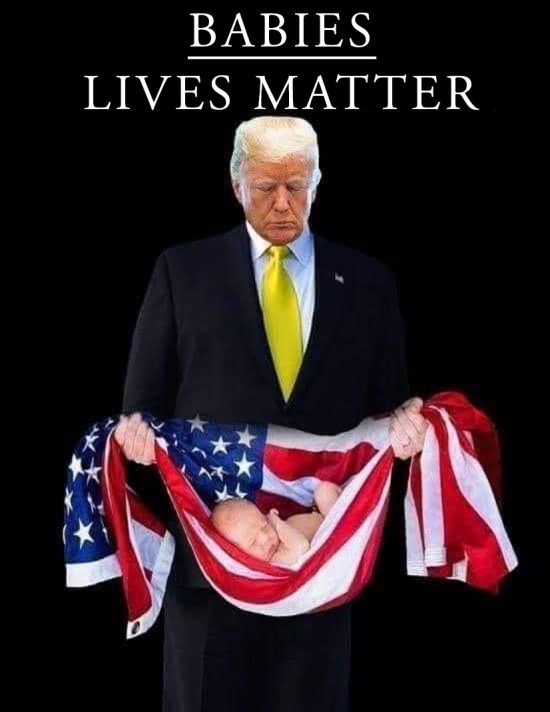 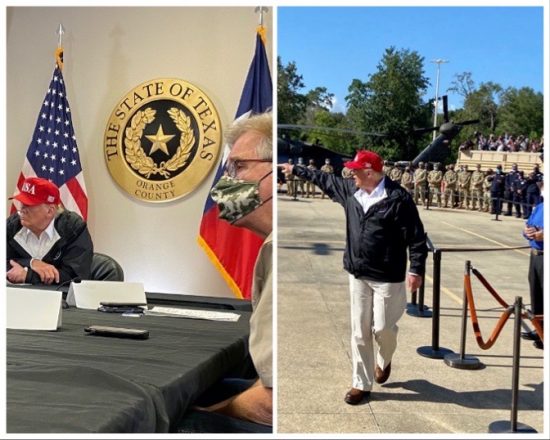 President Trump has been a very good friend to Texas.  Since he has been president, he has responded immediately when Texas is in need, and Hurricane Laura was no exception.  I joined him in Orange yesterday along with Governor Greg Abbott, Senator Ted Cruz, Attorney General Ken Paxton and local officials. The first thing he said when he sat down with us was, “What do you need, I am here to help.” 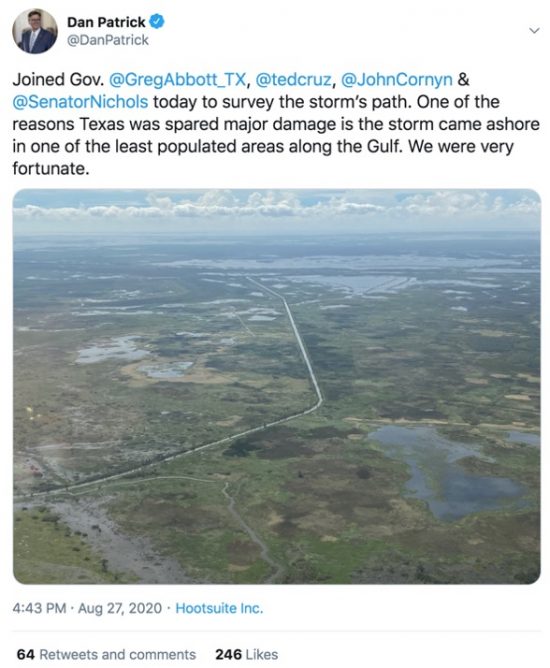 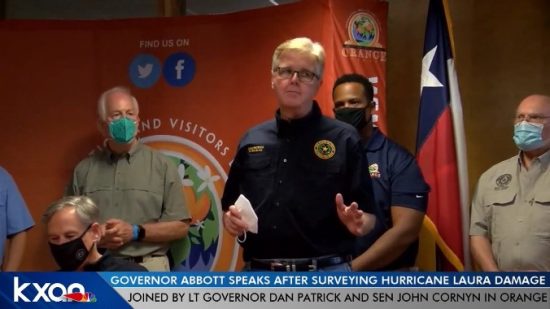 Before the President arrived, I visited Orange on Thursday — the area of Southeast Texas that was hardest hit — along with Gov. Abbott, Sen. Cruz, Sen. John Cornyn and Sen. Robert Nichols, R-Jacksonville.  We met with local officials and surveyed the damage from the storm.  Please keep those Texas communities that were affected by Hurricane Laura in your prayers. If you live in an affected area, you can visit gov.texas.gov/hurricane for additional resources and information.

Texans Prepare for the Worst & Pray for the Best

I was on Fox News early Thursday morning just as Hurricane Laura made landfall at Cameron.  It was a Category 4 storm with 150 mile-an-hour winds when it hit. Fortunately, Texas was spared from the worst of the storm, although 150,000 people were without power in Jefferson, Jasper and Orange Counties. 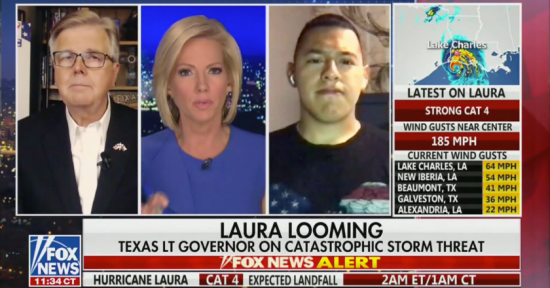 It was great to join Shannon Bream and Julio Rosas on Fox News @Night last Wednesday to talk about the Convention, politics and the hurricane threat.  Click here to watch.

While I was at the RNC in Charlotte, I did a long interview with CBSN (Dallas) reporter Jack Fink.  I reminded him that it is the Democrats who are divisive in this country now, in so many ways.  Here’s a short clip with my answer. 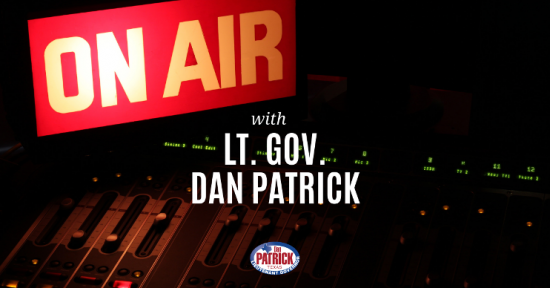 I was on the air with my friend Mark Davis on KSKY in Dallas Friday morning talking about President Trump’s convention speech. Click here to listen. 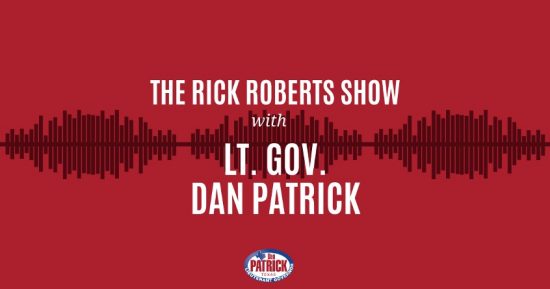 I also joined Rick Roberts on WBAP in Dallas in the afternoon to talk about the Republican Convention and the issues that will decide the election. You can listen to our conversation here.

Please continue to keep our state and our nation in your prayers. Pray for the families who have lost loved ones to coronavirus and for our heroic health care workers. And, as always, keep our law enforcement officers in your prayers. May God bless you and your family, and may He continue to bless the greatest state of all—Texas.