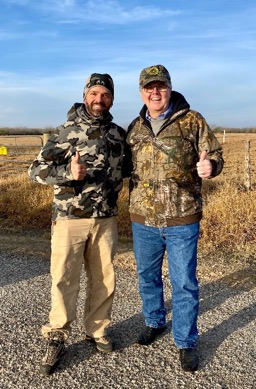 I had a great time hunting with Donald Trump, Jr., and Eric Trump this weekend.  They are great friends and avid hunters who have been traveling to Texas for many years to hunt.  Eric was still out shooting, but I grabbed this shot with Don Jr. at the end of the trip.

President Trump Starting Off Strong in 2020

Early voting in the Texas 2020 Primary begins in just 36 days.  The Primary Election is 50 days away.  The big news stories are all about the top of the ticket where the Democrats have a clown car full of crazy presidential candidates hoping to become the Democrat nominee. I won’t predict at this point which Democrat I think will win in the Democratic Primary in Texas – which would be hard to do because none of the socialist, job-killing, energy-hating, tax increasing, pro-abortion, anti-gun candidates the Democrats are so excited about will have any appeal for the conservative majority in Texas.

In case you missed it at the end of the year, take a look at the list of the 319 things President Trump has accomplished since he’s been in office. That was before he gave the order to take out the Iranian terrorist Qasem Soleimani.  It was also before we got the final 2019 jobs report last week – 145,000 new jobs and the lowest unemployment rate in 50 years.  Nationally, unemployment stands at 3.5 percent.  In Texas it is 3.4 percent.  These are two of the many reasons why I have been predicting that President Trump will be re-elected and win Texas by an even larger margin than in 2016! 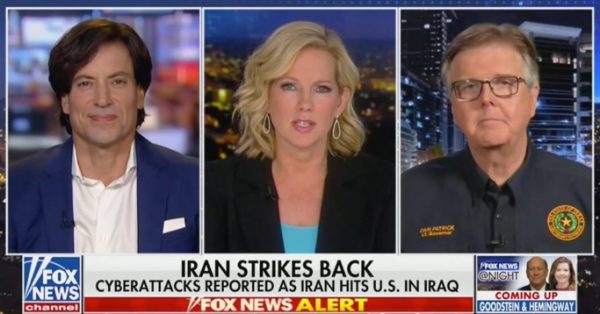 After Soleimani was killed, we learned that cyber-attacks from Iran had skyrocketed in Texas.  I talked about it on Fox News @ Night with Shannon Bream earlier this week.  If you missed it, click here to watch the interview.

Cancer Rates are Dropping in Texas

All our lives are affected by cancer – many of us have lost friends and family members to this dreaded disease.  There is some good news.  Cancer rates are dropping in Texas and across the nation. I am proud that voters approved Proposition 6 in November, which ensures that Texas will continue to be a leader in cancer research and prevention.  Texas is making a difference! Here’s the data on declining cancer rates in Texas.

In case you missed it, the Texas Commission on Judicial Selection met for the first time last week.  They have not yet held any hearings.  Here’s the official statement I issued following the meeting.

Stand Up for Life – and Baby Tinslee

I am so thankful that the Texas Second Court of Appeals ruled in favor of the life of Tinslee Lewis. Nothing is more important to Texans than protecting innocent life, and Tinslee’s life is precious. Please keep this baby and her parents in your prayers. 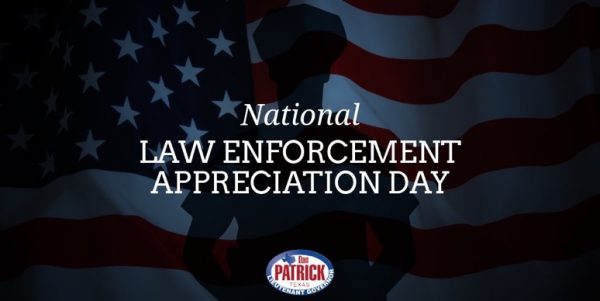 Earlier this week, we celebrated National Law Enforcement Appreciation Day. We can never say thank you often enough to the brave men and women in blue who protect and serve our communities. Sadly, on Saturday we lost both a police officer and a fireman in a terrible accident in Lubbock.  These two heroes — Officer Nicholas Reyna & Firefighter Eric Hill – gave their lives to protect and serve their community. Firefighter Matt Dawson, remains in critical condition. Please keep the families of these first responders in your prayers.