Despite the unprecedented challenges of this session including the pandemic and the winter storm, 25 of my top 30 legislative priorities have already passed the Texas Senate.  We have expanded broadband access across the state and passed legislation to secure our elections. We have passed legislation to further protect life and we passed three of the NRA’s top priorities to strengthen the Second Amendment rights of all Texans. We have also stopped local governments from defunding the police and reformed the bail system, so that dangerous criminals will no longer be released with low bail or no bail at all. Also, in the same week that the NCAA threatened states that don’t open women’s sports to men, the Texas Senate took a principled stand in support of women and girls’ high school and middle school sports. While the Texas Senate definitely has more work to do in the next several weeks, the reforms and legislation that the conservative majority of Texas elected me to enact are moving forward. The passage of my legislative priority bills will make our great state an even better place to live, work, run a business and raise a family.  Click here for the complete list of bills and my official statement. 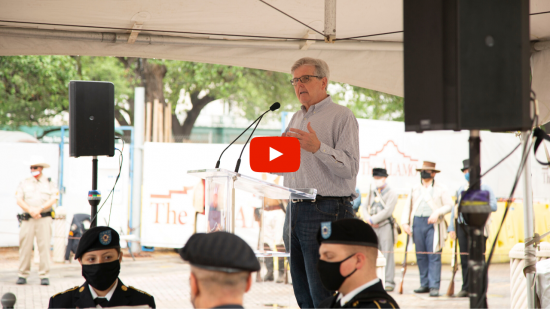 I was honored to attend the unveiling of the new Alamo Plaza exhibit in San Antonio last week — the cannon station where an “18-pounder” was famously fired at the start of the 13-day siege in response to Santa Anna’s call for the Alamo Defenders to surrender.

The Alamo battlefield is hallowed ground where hundreds of people gave their lives.  It tells the opening story of the birth of Texas.  The Cenotaph, which honors every person who died fighting for freedom and liberty there, will not be moved, thanks to efforts I made months ago.  It will remain and be part of the new design for the renovation of the Alamo.  Like most Texans, I love the Alamo and I want to make sure that we protect it and make sure it stands to tell the Texas story to generations to come.  You can listen to my short remarks at the dedication here. 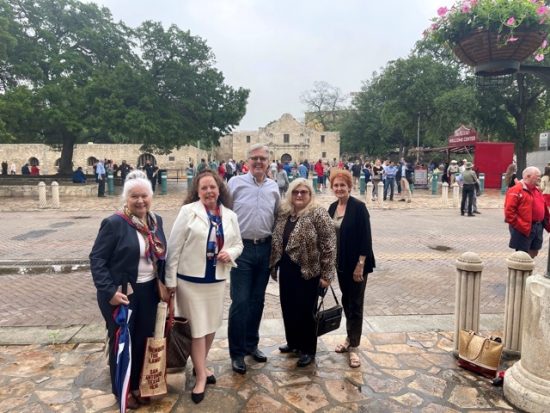 It was great to see these Daughters of the Republic of Texas at the 18-pounder unveiling. Here are some more shots from the event— 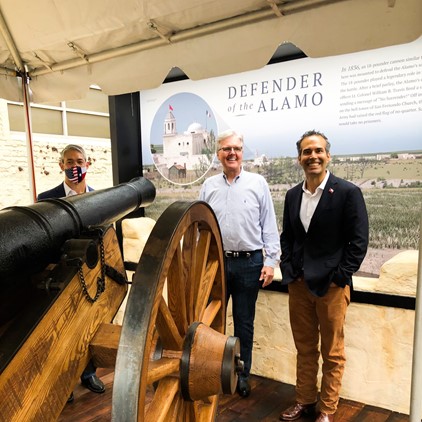 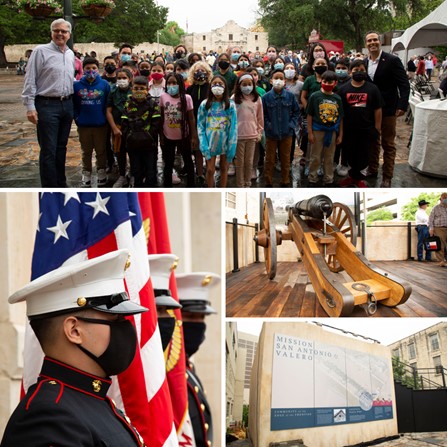 About those Corporations Speaking Out on Political Issues

As you know, recently American Airlines and a number of other big corporations have come out in opposition to Senate Bill 7 — the election reform laws that we passed in the Texas Senate.  Although it hasn’t been reported much in the Texas press, it turns out that the National Public Radio and Marist College did a poll and learned that most Americans would prefer big companies to stay out of politics. When asked if they supported companies using their public role to influence political, cultural or social change, a majority — 57% said no.  Only 36% said they supported those companies.

Look Who Stopped By My Office… 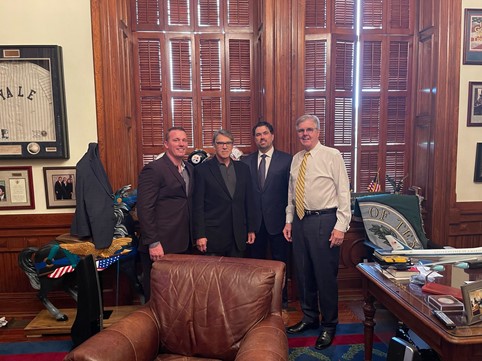 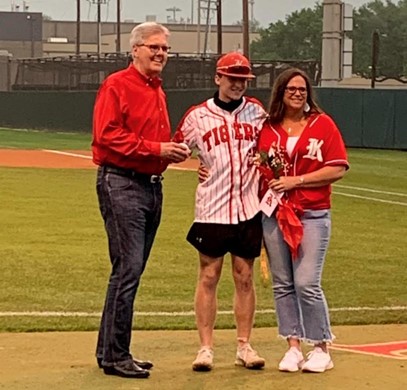 I had the honor of attending senior night at Katy High School with Tyler Martin and his mom, Kim. I met Tyler six years ago after his dad, a police officer, was killed in the line of duty. We have become close since then. He is a fantastic young man who will play baseball next year at Mary Hardin-Baylor. He also played on the Katy Championship football team this year. I am very proud of his accomplishments…he will go on to do great things!